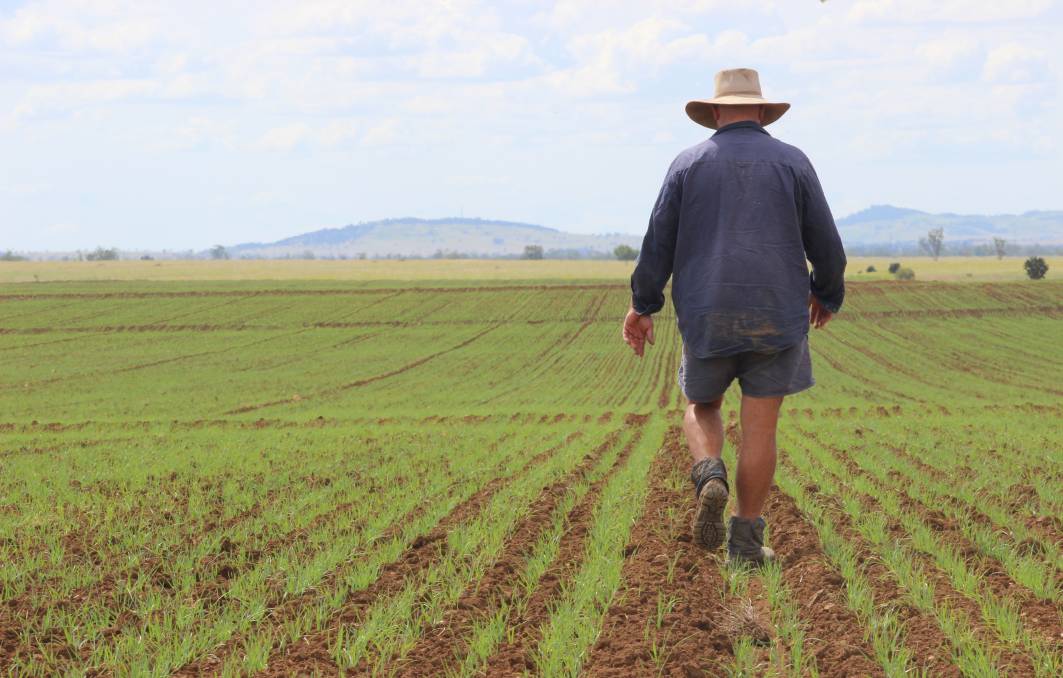 GREEN DOLLARS: Once farmers establish what their baseline carbon measurements are, any improvements can be cashed in on in the future.

The loan would allow farmers to establish their baseline level of soil carbon, so they can cash in on

THE government could encourage more farmers to take advantage of carbon farming, helping both their bottom dollar and the nation's emission reduction goals, with a HECS-style loan, a report says.

The policy paper by the Liberal-aligned Menzies Research Centre argues increasing soil carbon within the agricultural sector was a no-brainer, with financial, environmental and climatic dividends.

The report - From the ground up: Unleashing the potential of soil - suggested several practical steps the federal government could take immediately, which could potentially deliver soil carbon gains in a single season

It recommends funding soil carbon baseline measurements through an income-contingent loan scheme, similar to university student HECS loans, which students only have to repay once their wage hits a certain threshold.

The loan would allow more farmers to benefit from carbon farming and would only be repayable when the yield of their carbon credits reaches a particular value.

At the moment, the start-up costs for carbon farming are a significant barrier - it costs about $30/ha to measure soil carbon, but the government is working to bring it down to $3/ha through improvements in technology and data.

But in the meantime, any improvements to soil carbon content won't be captured, denying farmers incentive and potential revenue.

The HECS-style loan would enable farmers to bring baseline measurements forward and allow them to bank sequested carbon, the value of which can be redeemed once the costs of measurements are reduced.

"The loan would act as an advance on future revenue received from Australian Carbon Credit Units with repayments made as a fixed percentage," the report states.

"This will in turn will make the transition to carbon farming projects for these businesses more attractive when the methodologies become more workable.

"As with HECS-HELP, there is no obligation to repay the loan if the threshold for repayment is not reached."

Menzies Research Centre executive director Nick Cater said the report was not a manifesto for revolution nor an instant recipe for perfect farming.

"We do, however, call for a change in thinking, recognising that farming backed by robust agricultural science is the solution, not the cause, of many of the environmental challenges we face today," Mr Cater said.

He argued progress in the soil carbon space would be largely achieved by commercial incentives, not government spending or regulation.

"While the heavy lifting will be carried out by the private sector, the government can smooth the way with relatively small investments in training, targeted grants and contingent loans," Mr Cater said.

"The biggest impediment to progress in agriculture is non-market failure, the limitations and false incentives imposed by poorly calibrated policy."

Recently, senior National Party politicians called for agriculture to be exempt from any net-zero carbon targets, an idea that was soundly rejected by the agriculture sector.

The policy paper, which was 10 months in the making, said politicians had a responsibility to "lead a more intelligent debate" on agricultural and environmental policy.

"The current debate is sorely lacking in that regard," Mr Cater said.

"All that has been missing from this policy discussion up to now is the resolve to raise soil improvement from the nice-to-do tray to the must-do tray in the offices of policy makers, industry groups and farmers in Australia."

Agriculture Minister David Littleproud said the government was not looking at the HECS-style loans for baseline carbon measurements at the moment.

"But I think obviously we're happy to look at any of the solutions that are put forward," Mr Littleproud said.