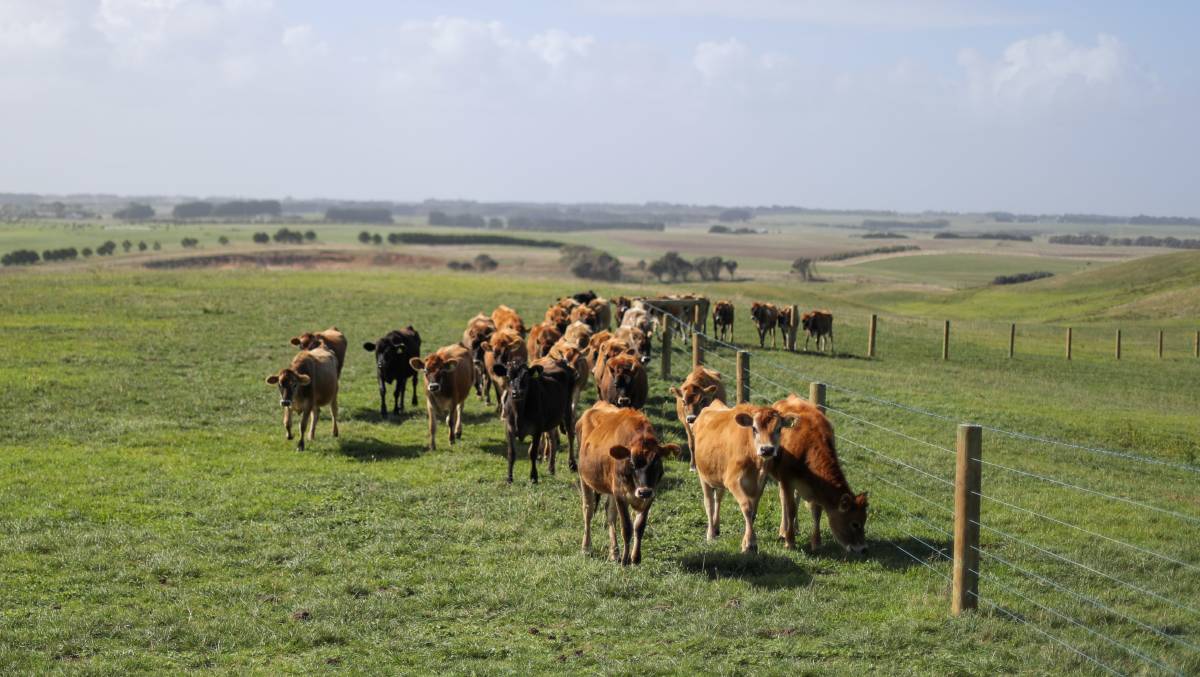 GROWING: Carbon farming and other environmental services could one day be a common part of farm businesses, sitting alongside grazing and cropping.

"Theoretically, we could potentially see environmental markets on just about every farm in the country," the boss of Australia's largest natural resource manager says.

CARBON farming will eventually be seen as just another part of the farm business, the boss of Australia's largest natural resource manager says.

The federal government is in the process of developing a biodiversity scheme, which would allow farmers from all sectors of the ag industry to be rewarded for their environmental services - but there is already a growing private sector market.

"Theoretically, we could potentially see environmental markets on just about every farm in the country," Mr Schultz said.

"Not everyone would be doing the same thing, and it wouldn't necessarily be just about carbon."

Interest in carbon farming is growing, largely due to its ability to tackle multiple problems by reducing carbon emissions and improving the productivity of farm land.

But Mr Schultz said there were a range of environmental services farmers could be paid for, including water quality, biodiversity and waste management.

"As the market continues to grow, that demand increases the range of opportunities," Mr Schultz said.

"Often it's things people want to do, but the cost-benefit doesn't always stack up against the rest of the farm businesses," Mr Schultz said.

"There are a lot of management changes, but not necessary infrastructure or capital intensive changes."

Industry has questions around 'perverse outcomes'

Despite the growing popularity - GreenCollar manages about 400 projects, with thousands more spread across the country - the ag sector still has plenty of questions about carbon farming and environmental services.

Agriculture Minister David Littleproud - who is very supportive of the government's biodiversity scheme - said the nation's carbon farming programmes had to become more sophisticated and was wary of potential "perverse outcomes" of land that was not actively managed.

"Passive investments are moving into south west Queensland, buying up large tracts of land for very cheap prices and locking it up and throwing away the key," Mr Littleproud said.

There's no active management of the property, and there's perverse impacts around pests and weeds that emanate from it. There's also an emergency service risk for fire personnel to get in and out of these properties because they become overgrown and the roads that access them.

"And we're also losing families that would otherwise be on these properties."

However, Mr Schultz said the examples cited by Mr Littleproud were a "small fraction of what's going on" and the more common story was significant investment back to the property and community.

"The last thing we want to see is absentee landholders - we're concerned about that as anyone else - we want active management," he said.

"We have hundreds of clients, not one has destocked their farm. One of the project activities is about feral animal control."

How carbon credit contracts work in droughts and bushfires

Concerns have also been raised about farmers being locked into contracts and obligated to sequester or deliver a certain amount of carbon every year, despite natural disasters like droughts or bushfires.

Carbon farming and other environmental service projects registered under the Emission Reduction Fund are expected to be managed a particular way, farmers aren't locked into any contracts until they decide to sell the carbon credits that the projects accrue.

But it also depends on the type of contract, Mr Schultz said, which could vary from selling whatever credits were at hand to promising to deliver a certain amount each year.

"The market also has lots of different ways of dealing with natural disturbance and variance - such as drought - which can be taken into account in deals," he said.

"The model we use, we take on all that delivery risk, so the farmer is not responsible at all. We are well placed to manage that risk by spreading it across our portfolio."

GreenCollar shares in the profits from the projects they manage, which generally ranges between five and 10pc, depending on the project type.

"We don't charge fees, we share in the revenue so there is a strong aligning of interest to find the best market price," Mr Schultz said.

"We do science, data collection, monitoring and auditing, and the primary producer does the implementation of the activities.

"The value in an environmental service is the ability to demonstrate it's there, so there is a lot of accounting, reporting and independent auditing.