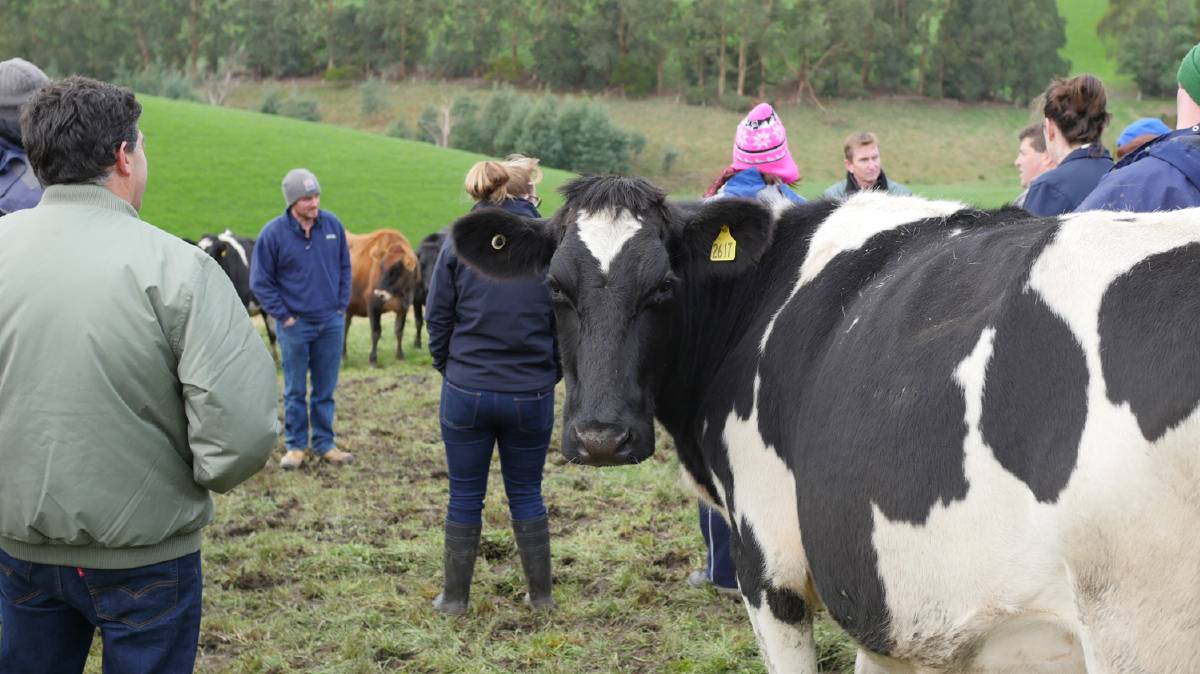 Dairy Australia will look to use its regional development programs to build closer links with farmers and to identify specific research needs.

Dairy Australia will look to use its regional development programs to build closer links with farmers and to identify specific research needs.

This is one of the steps it would take following an independent performance review into the organisation, released on Wednesday.

Anwen Lovett, of Anwen Lovett Consulting, who completed the performance review together with Ancer Consulting, said it had looked across Dairy Australia's operations and governance.

"The overall finding of this independent review is very positive," Ms Lovett said.

"Dairy Australia is an effective, outcomes-focused organisation with a strong service culture to the Australian dairy industry.

"It is managed by professional people who care about what they do.

"There is strong and appropriate governance and a healthy focus on continuous improvement of structures, systems and processes."

The review gave DA ticks for its work in building community trust through its marketing activities, its support of the dairy industry during recent crises and the strength of its research and development activities.

"They are probably one of the strongest examples of a functional, decentralised industry services and extension network supported by any RDC (rural development corporation)," the review said.

But there was an opportunity for DA to further strengthen its relationships with RDP.

"I was very happy and so was the board," Mr Mann said.

"I thought it was a really true reflection of where we're at, what we've got coming down the pipeline and where we've been."

Mr Mann said the call to build on the relationships with the RDPs was a good thing.

"If we think about being farmer first and making sure we get real connectivity to our levy payers, then that's the correct route of doing it," he said.

"We're having active conversations now about how we pick up ideas that aren't necessarily going to be big projects," he said.

"How we, particularly regionally, understand what's really on people's minds in the regions and what's important to them.

"Quite often what's important to them is actually being invested in in some place but maybe not where they are.

"But there's also issues that they bring up that aren't being picked up there or anywhere else."

The review also identified the need for DA to seek to share information with those who are less engaged or who have expressed criticism of the organisation.

"The feedback to this independent review indicates a majority of dairy farmer support for the work done by Dairy Australia," the review said.

Mr Mann said it was a challenge to engage with that group.

"It is clearly difficult because if it had been easy we would have done it 20 years ago," he said.

He pointed to the new Our Farm, Our Plan program as a means of engaging with more farmers, as it provided advice at a one-on-one level.

"But I guess it is very unlikely we're going to be all things to all people," he said.

"So hopefully we can be helpful to most people most of the time.

"You're not going get everything right; we know that we're not going to appeal to everybody ... but we do provide services that everybody benefits from, even when they are detractors."

Getting the balance right

Dr Nation said one of the key themes identified in the review was the need for DA to get the balance right.

This included between processes and outcomes, between big-ticket long-term projects and smaller current research projects and between dealing with crises and big issues like dairy reform and the organisation's core research focus.

"That's why for me one of the key things was a genuine sense of just get the balance right, get your thinking right; wherever you can, be as clear and simple and effective in what you do and why you do it," he said.

The review identified specific challenges for DA in the Australian Dairy Plan and consequent reform process.

"It is clear that Dairy Australia have put a lot of effort into supporting and resourcing the ADP processes and it has created a significant workload," it said.

"There is a risk of the ADP distracting Dairy Australia attention and resources away from its core business."

The review also identified a risk in DA being held solely responsible if the dairy reform process did not meet farmer expectations.

"The independent review has concerns that if levy payer desires are not met (from the plan), the unjustified responsibility pointed at Dairy Australia could be significant."

It recommended that a sustained, consistent communication campaign around dairy reform was important to manage expectations so it was clear to levy payers that this was an industry initiative and not one of DA alone.

Dr Nation said DA would continue to be transparent and open during the reform discussions.

"(We need to) take the time to take people through the challenges," he said.

Mr Mann said the independent review document would help to inform a levy review that would take place this year.

"In March there will be a call for farmers to nominate for the levy review committee," he said.

"It is essential that there is a voice from farmers all across the country in the levy review and I encourage every levy payer to consider applying."