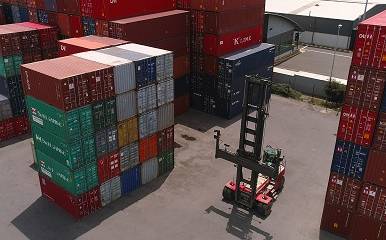 COVID-19 has resulted in some surprising gains in global food trade co-operation.

Joe Biden and the global coronavirus pandemic could be triggers for much improved stability, transparency and negotiation in international agricultural trade.

Despite the export and import pipeline frustrations and demand surges caused by COVID-19, the pandemic has resulted in some surprising gains in global food trade co-operation.

"We have not seen that sort of collaboration at that level for years," she said.

"We learnt from the food, fuel and financial crisis of 2008-09 that tariffs and restrictions on food exports don't work".

While trade wars, revived protectionist policies and bilateral special interest co-operation deals between key countries, particularly the US and China, had made markets far less predictable in the past five-plus years, political change in the US should make a difference, according to chairman of London School of Economics, Professor Michael Cox.

"In Donald Trump we had a US president who not only disliked trade globalisation, he didn't like any form of multilateral co-operation - the World Trade Organisation, the World Health Organisation, or even the European Union," Professor Cox said.

"I'm not so naive to think changes ahead will be all good, but given the size and influence the world's leading national economy exerts in the global economy, I think political change at the top of the US administration with Biden as president will accelerate positive changes moving forward."

Hopes of a return to greater relevance for the World Trade Organisation and its efforts to improve rules and negotiations for greater free trade were also shared by Outlook speakers.

Senior research fellow at the US-based International Food Policy Research Institute Will Martin said while protectionist policies had intensified in recent times and the WTO had struggled to make progress on global trade reform, "it is always darkest before the dawn".

"We've had a terribly depressing situation of late, but we are now seeing new leadership at the WTO and recognition of the value of greater co-operation on international trade," he said.

"I'm optimistic, although I'd hate to put a timeline on when changes will happen."

He said protection policies aimed at promoting agricultural self-sufficiency were misunderstood in countries as diverse in economic status as the US or developing nations with rising middle class incomes and growing food demands.

Trying to insulate certain industries on national interest grounds, including the US sugar industry or rice farmers in Japan or Thailand, was not the answer to concerns about food security - it actually made international prices more volatile.

More than $US700 billion a year are currently spent on agricultural support measures.

Her appointment signalled a new era of leadership, reflecting a lot of trade optimism in Africa and Asia.

Professor Cox said trade globalisation had been developing for 200-plus years.

It became the world's economic driver, allowing countries to focus on growing or producing what best suited their resources while others bought their products rather than wasted energy and resources trying to do the same thing less effectively.

The 1990s collapse of socialist economies in the Soviet Union and new economic thinking in China and India had coincided with a free market revolution in the west and big technology advances to supercharge global trade activity.

"The world became wealthier, poverty declined, notably in some counties we thought would never get out of poverty, and a new global middle class has emerged in regions like Asia," Professor Cox said.

However, things had gone bad, too.

Wealth inequality, the loss of manufacturing jobs in western countries to developing nations and technology advances had cost many communities their security of reliable employment and social cohesion.

The global financial crisis had a further significant economic and employment knock-on impact, although Australia was largely immune from that cost thanks to its fast growing China market.

The rise of political populism ensued, not just in the US, Britain, but prosperous countries such as Sweden and Norway, breeding a protectionist, anti-international frame of mind which impacted the rest of the world.

"Everybody gets sucked into the China growth story, quite understandably, but as it has grown as a stakeholder in the global economy it has opted to become increasingly assertive.

"You don't have to tell anybody in Australia how it has used its economic weaponry to deny market access and make a point."