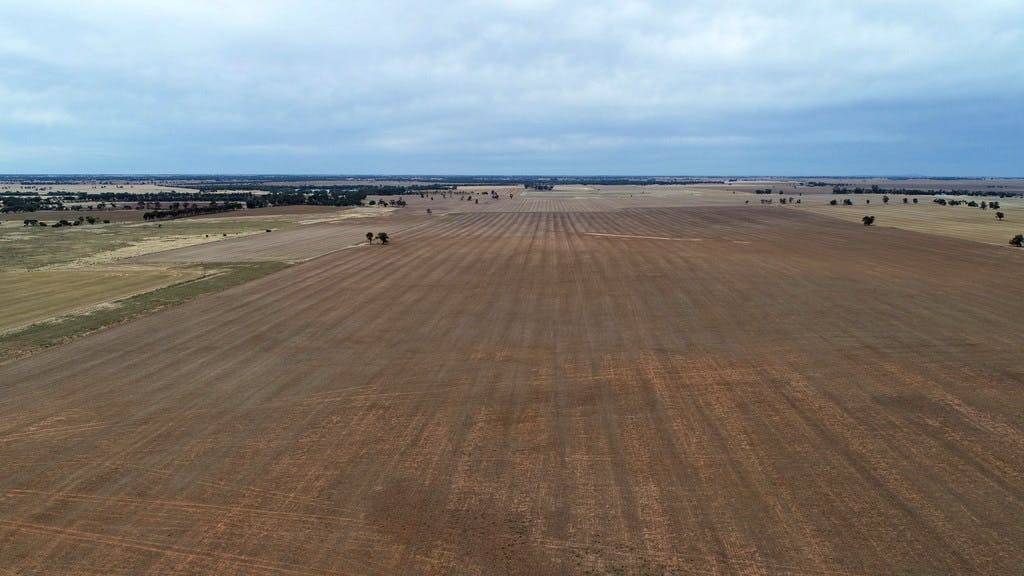 It was almost an anti-climax when Wimmera farm country failed to sell for another record on Friday.

It was almost an anti-climax when Wimmera farm country failed to sell for another record on Friday.

But at almost $10,000 a hectare, it was another outstanding result as autumn sales start to wind down.

A neighbour paid just over $2 million for 206 hectares of cropping country, a price which agents said would not have been dreamed of just a few years ago.

The auction of cropping/grazing country was held at Traynor's Lagoon, between Marnoo and St Arnaud on Friday afternoon.

Elders Real Estate agent Jim Barham said it was "different country" to the Marnoo/Wallaloo auction of 252 hectares a week ago which hit a high of $15,569ha at auction.

Mr Barham said the number of sales was winding down now as farmers prepare for cropping.

"Although at these prices you don't know what is going to come out of the woodwork."

At $9913ha for the Friday auction, Mr Barham said the vendors were happy with the result.

Victoria's best broadacre result this year was the 79 hectares sold for $23,582ha at Ararat just over a week ago.

Meanwhile in the central west of NSW, the Ogden Pastoral Company grew its local land holdings by paying $26 million for the Lush family's Kilparney and Yara stations.

Finally, the sale of the Duddy family's big cotton operation at South Callandoon in southern Queensland could be wrapped up by the end of the week.

Expressions of interest closed last week and agents said they were hopeful of a result for the cotton showpiece soon.