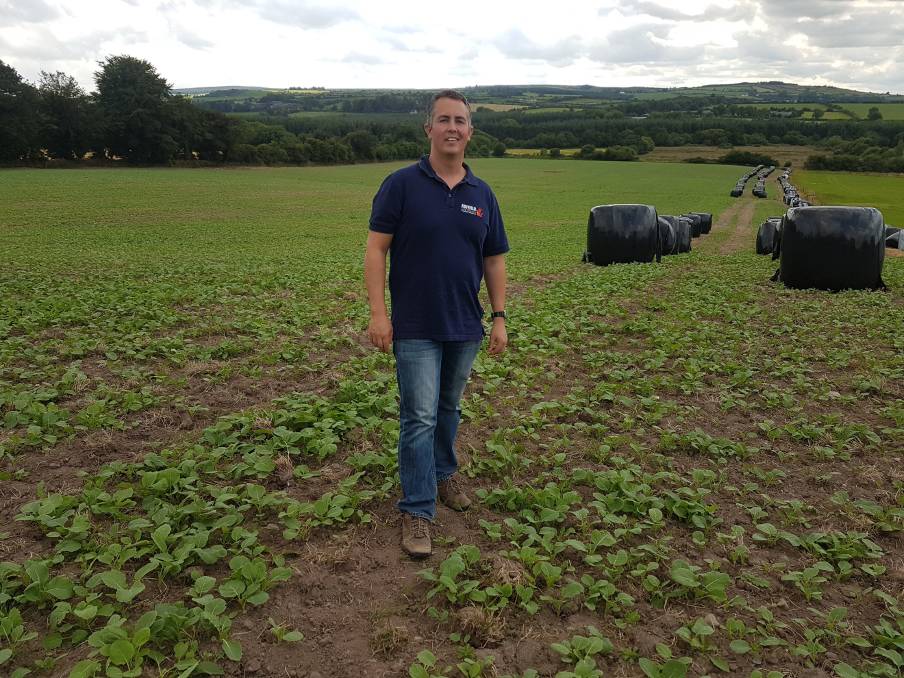 Mr MacDonald is based at Yolla in north-west Tasmania and runs two dairy farms of about 550 cows.

Grazed ryegrass pasture makes up a large proportion of the diet on both farms (there is no grain fed to the cows on one of the farms) and so Mr MacDonald places a major emphasis on all aspects of growing and managing his pastures, as it is a key driver of profitability.

"Over the last few years, I have looked at the FVI rankings for Tasmania when selecting a ryegrass cultivar to sow," he said.

"Our farm system is spring calving only, with a very large proportion of the cows' diet being grazed pasture, and so it's important that we are using the best pasture genetics available to grow and utilise as much feed as possible.

"The FVI gives me confidence that the cultivars I am using are amongst the best performing in my region."

One of the big advantages of the FVI is that it provides an independent assessment of the performance of cultivars, as it is based on trials run by the Pasture Trial Network, something Mr MacDonald also recognises as important.

"While the seed companies all provide useful performance data on their cultivars, the independence of the FVI rankings gives me extra confidence in its accuracy," he said.

The current perennial FVI is based purely on yield, with other traits of economic importance such as nutritive value and persistence to be added in the coming years.

Mr MacDonald's farm is different from many farms on mainland Australia in that persistence is usually less of a challenge.

"We would generally aim to get 10 years off a stand of perennial ryegrass," he said.

"I find that once the sward is established well in the first year, the irrigation of the sward during summer plus a strong focus on good pasture management means that our perennial ryegrass swards will persist for several years in our environment."

The seasonal yield tables are useful for farmers who may have a particular need for extra pasture growth in a given season - there are five 'FVI seasons' in the index (early spring, late spring, summer, autumn and winter). This is a feature of the FVI that Mr MacDonald has used in the past.

"Last year, I used the seasonal yield tables in the FVI to trial a different cultivar, which according to the tables has greater growth in a particular season than the cultivars I normally use," he said.

"As we are a predominantly pasture-based farm under irrigation, having a cultivar that has good growth in summer, autumn and winter is very important."

The index places a greater relative value on cultivars where more dry matter is produced in these three seasons than during spring, and users can see the economic values used in each FVI season on the latest update of the FVI for 2021.

Find out more at dairyaustralia.com.au/fvi.