Illawarras took to the cattle lawns at the Sydney Royal Show to contest the female classes on Sunday. 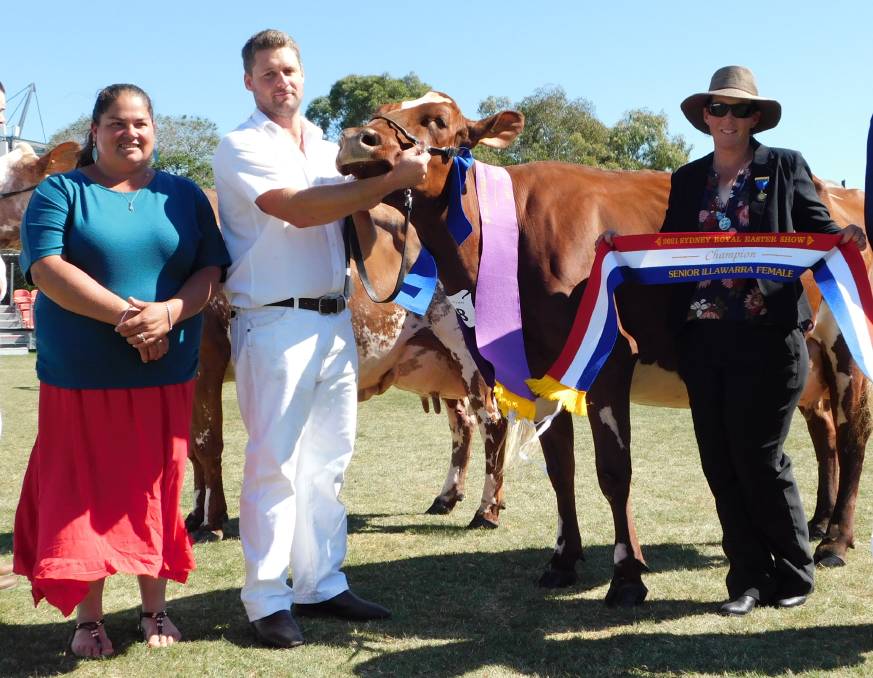 Illawarras took to the cattle lawns at the Sydney Royal Show to contest the female classes on Sunday.

Sired by Llandovery Jinnys Empire and from dam View Mount Ruth, she was bred at Wilga Stud, Cobargo, by Aaron and Emma Salway.

"I exhibited her mother here probably 12 years ago as a heifer, and this is the first time we have been back at Sydney Show since then.

"We only brought the one red cow so it's very exciting."

"She has been milking for 10 months and she's still showing lovely breed character, ability to milk, bloom in the udder, angularity and dairyness through the body, which proves she is a lovely dairy cow," she said. 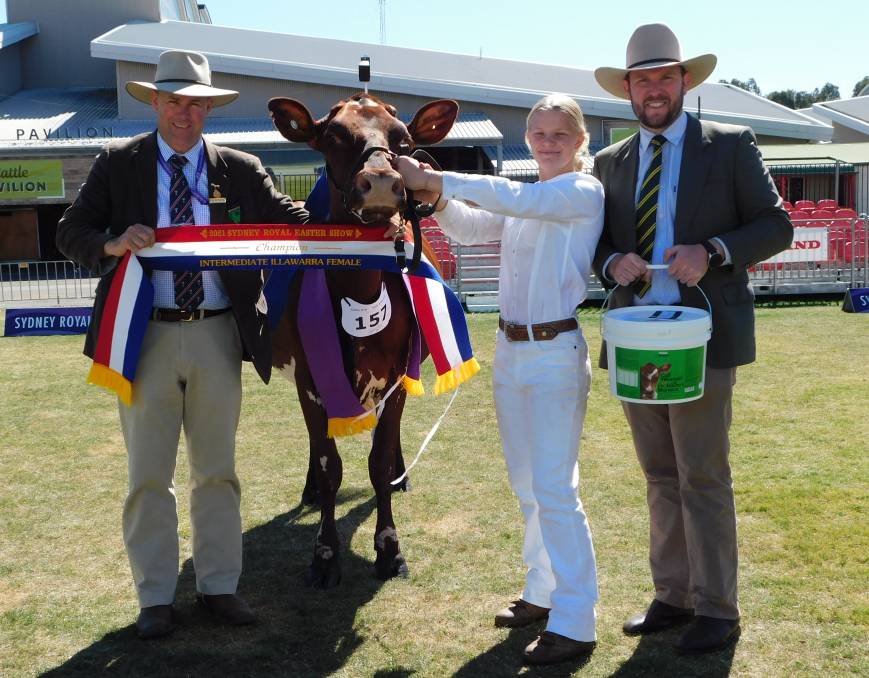 Sired by Silverleigh Maxima and from dam Sherrington Boy Sarah, she is owned by Charles Lucas of Cobargo.

She is sired by Gorbro BT Sunstorm Supreme and from dam Ellwater Shamrock 7. 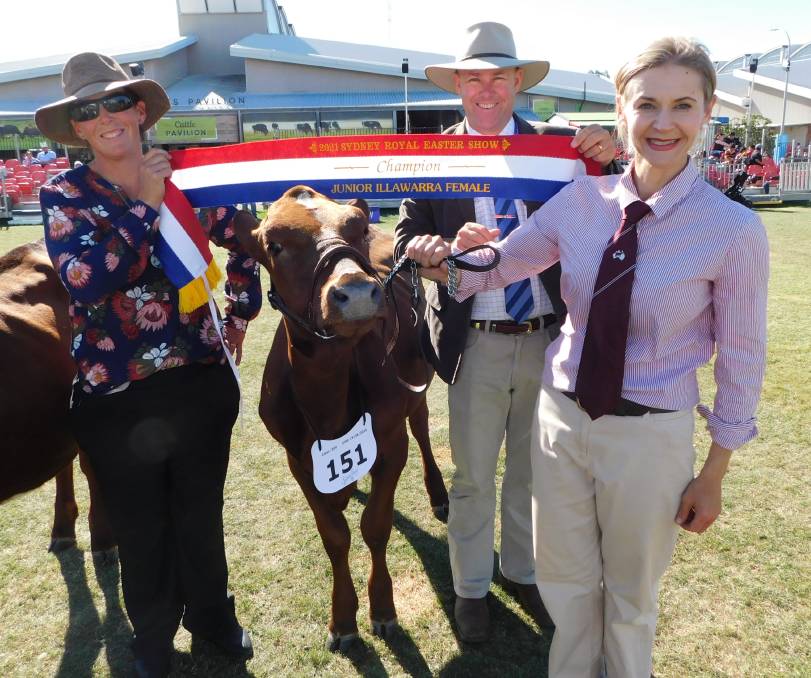 "It was a beautiful class of Illawarras here, there's not many but they were very worthy," Mrs Evans said.

"The junior champion was a lovely example of the breed, she showed very good breed character, nice dairyness, openness through the rib and rump, correct on her feet and legs and balanced.

"It was her balance through the shoulder and into the topline that put her over the heifer in reserve."

The story Illawarra females compete for top honours first appeared on The Land.