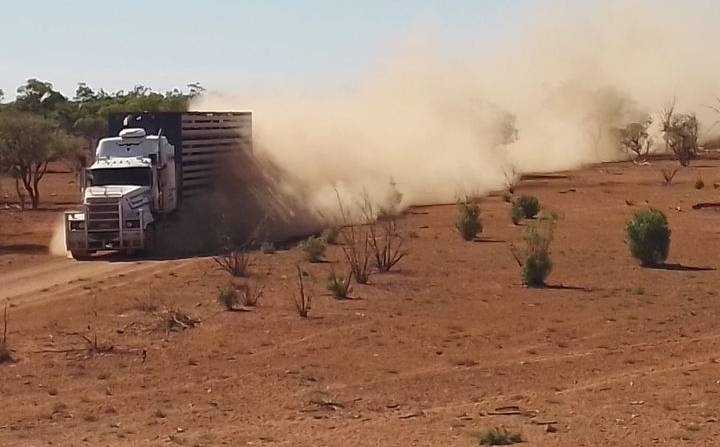 Rain still heartbreakingly rare in patches, and talk of drought being over hurts

RECORD livestock prices and rejoicing over the ripper season across most of the country has been hard on those still living through the worst drought in memory but the more bitter pill to swallow is talk that the drought is over.

Even those with plentiful feed in their paddocks now that good rains have arrived will tell you the economic drought doesn't end when the physical one breaks. It takes a year or more to generate significant income from a livestock breeding enterprise following drought-breaking rain.

NSW Agriculture Minister Adam Marshall's statement last week that the Seventeen Twenty Drought, as it has become known, is now 'almost completely over' across NSW is cold comfort for those in the 7.3 per cent of his state, or 58,484 square kilometres, still drought declared.

Seasonal conditions west of the Darling River are a completely different story to what has been experienced further east since this time last year.

Livestock producer Lachlan Gall, the immediate past president of the Pastoralists' Association of West Darling, said there was a sense that pastoralists in the far west of NSW, and into the north east of South Australia, had been forgotten as stories of good rain, and even floods, dominate the media landscape.

"I would describe the Minister's comments as completely understandable when most of NSW is experiencing great seasonal conditions, but really disappointing and hurtful for pastoralists in the areas that have missed out on the drought-breaking rain," he said.

"It might mean that the devastating impact of the unprecedented drought, and the pastoralists who still need our support are forgotten about, which will leave them feeling very isolated."

Fellow producer John Blore, Belmont Station west of Broken Hill on the NSW/SA border, said commentsthat the drought was over instils little confidence that those running things really know what is happening on the ground.

There is a fear that support measures that are helping these pastoralists through to the end of the drought could be wrapped up prematurely.

In South Australia, government data identifies around 70 per cent of that state and more than 4500 farming properties remain drought-affected.

In Queensland, 67pc remains drought-declared, all in the central and southern part.

The Bureau of Meterology's latest drought statement, however, says following above-average March rainfall in Queensland's south, the intensity of rainfall deficiencies have lessened substantially. The big deficiencies remain in the Capricornia and Wide Bay and Burnett districts.

The BOM says deficiencies have also eased further in parts of south-western to central regions of Western Australia, with only small pockets remaining.

Mr Gall said high prices were making restocking for pastoralists who have had a break very difficult, but at the very least if people decide that they are best off selling can do so in the expectation that returns will be very rewarding.

His operation, Langawirra Station, 120 kilometres north-east of Broken Hill, has received average rainfall over the past 12 months and livestock numbers are now around 50pc of what they usually are.

"However, rainfall right across far west NSW, and especially south and west of us, has been very patchy and livestock numbers reflect that," he said.

For example, Mr Blore has destocked all sheep and is just running goats until they kid on the back of a fall last September.

Rainfall data shows the Seventeen Twenty Drought is the driest period recorded at Broken Hill in 120 years of available records. 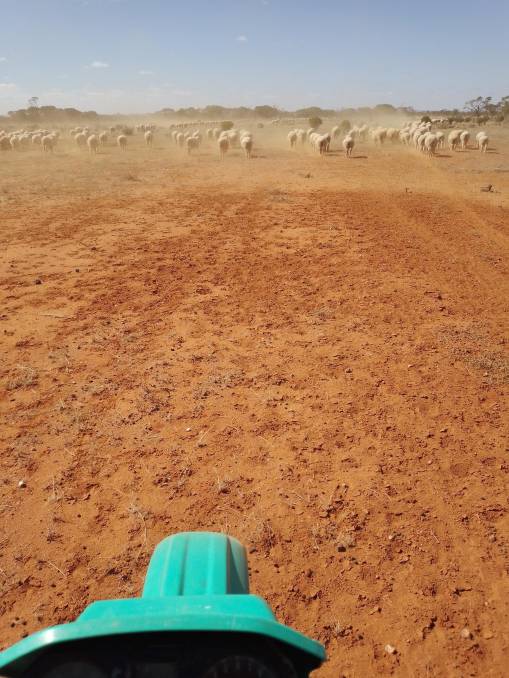 THE VIEW: Mustering this week on Langawirra Station, north-east of Broken Hill.

"In terms of severity, many of the native trees across the landscape that easily survived the Millennium Drought died during this drought," Mr Gall said.

"The tap was turned off in October 2016, and it remained exceptionally dry until 2020, when some rain returned to far west NSW, but many properties have missed out on follow-up rain, or in some cases missed out altogether, so the recovery is patchy and fragile at best.

"The problem right now is that soil moisture is non-existent. Pastures are going backwards and we are coming into the colder months when livestock nutritional requirements rise and feed growth is slowed due to lower temperatures even if it does rain."

Further, drought conditions have been exacerbated by kangaroos, producers said.

In western NSW, kangaroos outnumbered sheep by three to one when their numbers peaked at an all-time record of 17.4 million in 2016.

It was widely agreed that kangaroo grazing pressure brought the onset of the drought forward by some six months, Mr Gall said.

Of course, the flow-on effect to businesses in towns like Broken Hill has also been hard felt as pastoralists simply had to nail the cheque book shut, only spending on the essentials.

Chris Wauchope, from Far West Rural Supplies, said those essentials were feed and water and some producers spent hundreds of thousands on feed trying to keep stock going.

"No one expected the drought to last this long. Buying power has gone from a typical $2000 spend down to $200," he said.