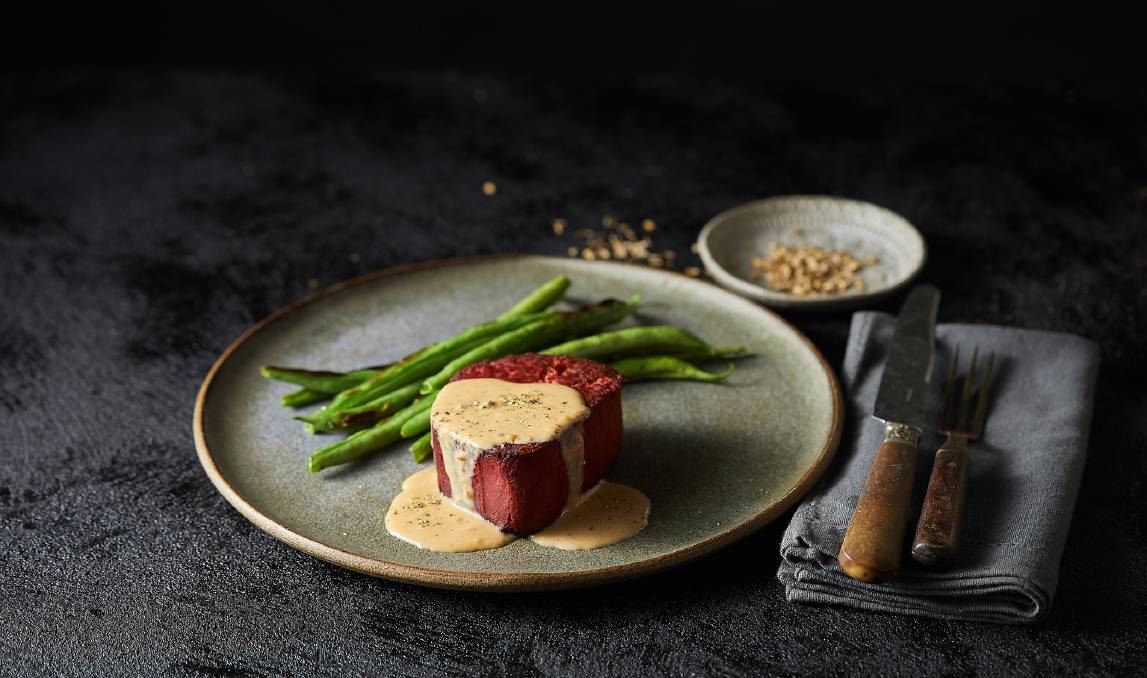 SERVING IT UP: An animal-free offering from Israeli company Redefine Meat, which uses printing technology and plant ingredients.

Those looking to replace animal meat will have to reassess their marketing strategies, experts say

MAKERS of alternative proteins will need to deliver to a greater extent on tastiness, affordability and convenience to capture any consumer willingness to turn away from meat.

This was one of the key messages to emerge from discussions on consumer readiness for novel protein sources at an online seminar hosted by the University of Sydney's Centre for Advanced Food Enginomics.

Key speaker Dr Chris Bryant, a United Kingdom-based social scientist and animal advocate whose research focuses on consumer psychology around meat-eating and alternative proteins, said the world was at a 'tipping point' where consumers were turning away from meat.

Dr Bryant, who received his PhD from the University of Bath, now consults for various alternative protein companies and pro-animal nonprofit organisations.

He provided extensive data and survey results on public opinion around vegetarianism which point to areas that alternative protein producers will need to address to gain greater consumer traction.

He also spoke about public perceptions around farmers' livelihoods, leaving no doubt proponents of alternative proteins like himself want animal agriculture displaced, rather than seeing plant-based and cultured products as filling a gap in growing global protein requirements.

The recent case where supermarket giant Coles retracted advice to customers that eating less meat was good for the environment following complaints from livestock industry leaders was raised at the webinar.

Dr Bryant said backlash from the farming community was a 'perennial problem' for the alternative protein movement because 'there are real people on the other end of the economic transaction who will lose their jobs if we get what we want.'

"It's a difficult issue to know how to contend with," he said.

"At the level of somewhat heartless economic analysis, preservation, or indeed creation, of jobs is never a sound reason to go after a particular policy.

"Often times in this conversation, the farmer who will lose his job is salient and the other problems caused by animal agriculture are more difficult to appreciate.

"There is a need for some kind of infrastructure to bring farmers along this transition."

Dr Bryant said in terms of where public sympathies lay, the farming community was well regarded.

"There is also the discussion about farmers being able to produce the crops needed for plant-based meat," he said.

"And in the future the ingredients for cultured meat will be needed.

"There will be opportunities.

"However, if you're moving to a process that is less environmentally destructive, it's because it is more efficient and that will entail less jobs."

Dr Bryant said there were now strong signs the world had turned a corner on meat consumption.

He presented recent survey data on existing diets which showed people consciously reducing meat consumption (identified as flexitarians) in Germany was around 30pc and in France 25pc.

These two countries were important in forming European agriculture policy, he said.

"Importantly, in Germany the amount of people identifying as unrestricted meat eaters is now below 50pc," Dr Bryant said.

"That is particularly powerful from a social perspective."

Belgium research indicates that in 2020, 51pc of people were satisfied with existing meat alternatives - which Dr Bryant described as a sign alternatives were moving into the mainstream.

Data on opinions of vegetarianism taken from meat eaters in the UK showed more than 70pc of people agree vegetarianism is better for the environment, ethical and healthy.

Conversely, vegetarianism is not perceived as enjoyable or tasty, as affordable or as convenient as the diet choice of eating meat.

It was those latter traits that were the main drivers of food purchased, not ethical status or value for the environment, Dr Bryant said.

"Our products have to be crave-worthy.

"We have to replace the experience of eating animal products, that will be the most important thing."