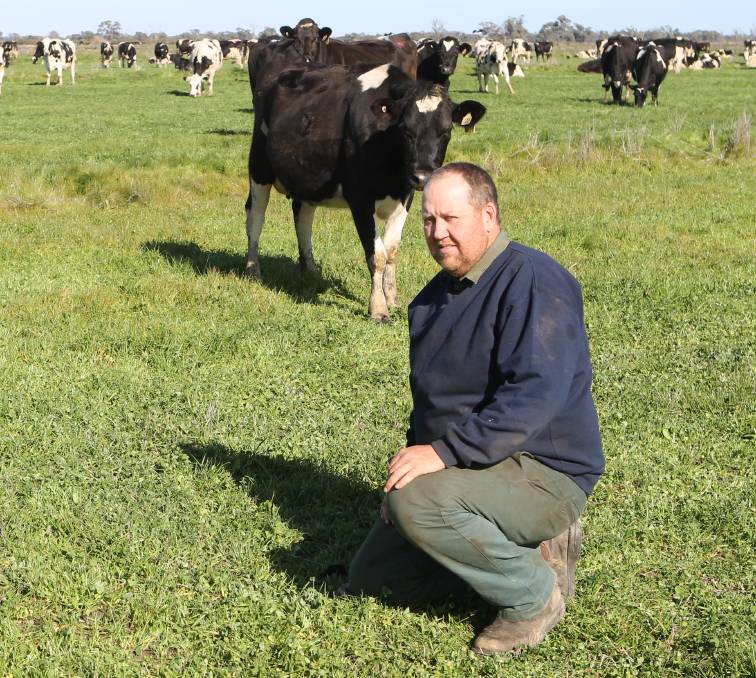 A northern Victorian dairy farmer with a long history of involvement in water politics has been elected chair of the Victorian Farmers Federation Water Council.

Murrabit dairy farmer Andrew Leahy chaired the Plug the Pipe group more than a decade ago.

The group opposed plans by a former state government to bring water from the Goulburn River to Melbourne's Sugarloaf Reservoir.

"Those are the sort of the things I have been involved in, and hopefully I can bring that to the table," Mr Leahy said.

"It's the relationships I have made with everyone that I want to use and work on and help benefit Victorian irrigators."

He's been the deputy chair of the VFF Water Council for the past five years.

He said the VFF and irrigators had a much better relationship with the current state government than during the Bracks and Brumby administrations.

"The government has stood up for us all along and they work closely with us," he said.

Mr Leahy said a priority issue was finding out from the Commonwealth how it intended to manage water savings projects, at risk of not being delivered by the 2024 deadline.

The offset projects, which are part of the Murray-Darling Basin Plan's Sustainable Diversion Limit Adjustment Mechanism, needed to be front and centre at this week's virtual Ministerial Council meeting.

"The Commonwealthblames the states for being too slow, but the states understandably don't want to pursue projects that are not accepted by, and will damage, farming communities," he said.

The VFF estimates that by 2024 at least seven of the 36 offset projects will not be achieved, resulting in a 200 gigalitre plus shortfall.

"We urge the states and the Commonwealth to discuss what realistically can be delivered by 2024 and how new projects can be delivered, whilst ensuring no water buybacks occur," Mr Leahy said.

"We know the constraint relaxation projects cannot be achieved because the community totally opposes their land being flooded.

"It is also very likely that the modelled environmental benefits of the constraints measures will not be achieved because of the reduction in water availability caused by climate change."

The offset projects must recoup 605GL of water and be delivered by 2024.

Mr Leahy achieved qualifications in surveying and mapping at RMIT and also served as the United Dairyfarmers of Victoria Kerang branch president.

He takes over from Richard Anderson, who spent 19 years on the council, with 15 as chair.

"Richard has represented every irrigator in the state, over his time as president, but there will be a bit of different perspective as I am a large dairy farmer," Mr Leahy said.

"Governments listen to what we have to say on water policy, that's why it's important we have somebody in the chair who is experienced and connected with their community and webelieve Andrew meets this brief," Ms Germano said.

"Richard has lobbied in the interests of irrigators and stock and domestic water users with successive governments, particularly through the Basin Plan negotiations and implementation."