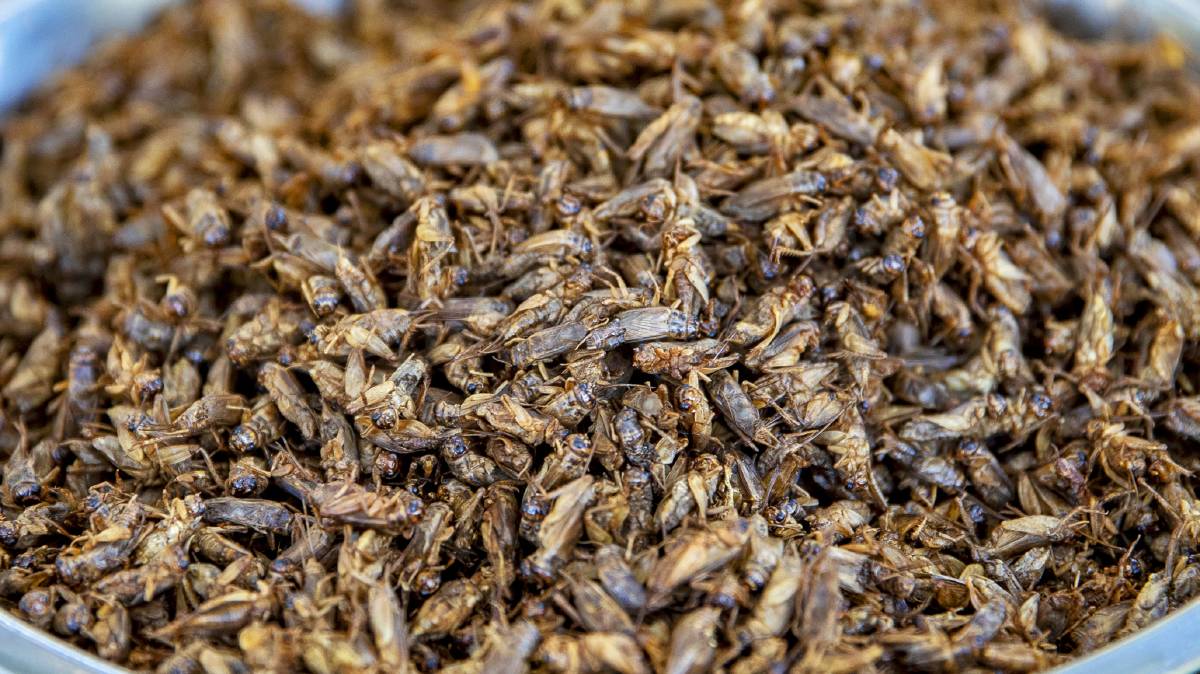 DINNER IS SERVED: The ediable insect industry could be a lurcative opportunity for Australian farmers.

In the future, when a farmer says they run a mixed operation they could be talking about cropping, grazing - and insect farming.

IN THE future, when a farmer says they run a mixed operation they could be talking about cropping, grazing and insect farming.

That's according to a new report by the CSIRO, which outlines a roadmap to grow the emerging and lucrative edible insect industry within Australia.

The report estimates the global market will reach $1.4 billion by 2023, while other reports forecast it to hit $10 billion by 2030.

Insect Protein Association of Australia chair Olympia Yarger said the industry was in its infancy, but in the future it could be a way for farmers to diversify their income.

"It certainly has potential in Australia - it uses limited water, limited space and it's indoors, so it's not susceptible to the increasingly erratic weather we're seeing," Ms Yarger said.

"Europe and the United States of America lead the western world market, with more than 400 edible-insect-related businesses in operation," Dr Ponce Reyes said.

"Insects have high-value nutritional profiles, and are rich in protein, omega-3 fatty acids, iron, zinc, folic acid and vitamins B12, C and E.

"They are also complementary to our existing diets because they are a healthy, environmentally friendly, and a rich source of alternative proteins."

Entomologist and food scientist Skye Blackburn has been farming insects for almost 15 years and in that time she's witnessed a dramatic shift in consumer perception of edible insects, particularly in recent years.

"We've taken on an extra 10 stores this week, which brings us to a total of 470 stores across Australia," Ms Blackburn said.

"A lot of retailers are approaching us, because it's what their customers want, so it's the customer demand that's driving the change."

Most of the product sold through her business, Circle Harvest, incorporates insect protein into familiar items, such as corn chips, pasta and protein powder.

"We sell out within Australia as soon as our stock becomes available," Ms Blackburn said.

"Now we're looking to start exporting later this year. South Korea, Malaysia and Singapore are places we're targeting because they all have a heavy focus on sustainability."

Australia has a number of native edible insects, found nowhere else in the world, that have been consumed for generations by First Nation peoples.

"Working with First Nations enterprises, many species have the potential to be sustainably harvested or grown in low impact farms, to be turned into new and delicious Australian foods for us and our pets."

Ms Yarger said the lack of available knowledge was a big barrier for farmers looking to break into the edible insect market.

"We need government policy pushing us towards exploring new ways to farm insects and encouraging more people to look at capitalising on the emerging market," she said.