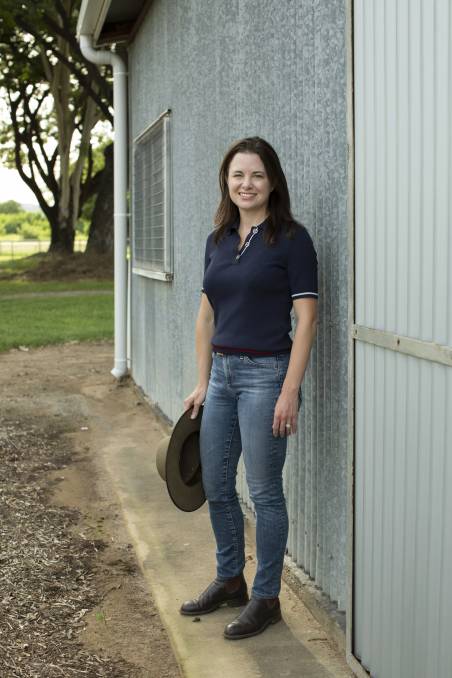 Regan Crooks, FutureFeed chief executive, says further research work will allow the development of a standard that can be used to create consumer confidence in the performance of her firm's methane reduction technology.

THE RESEARCH division of FutureFeed, the stock feed additive developers that have come up with a product to neutralise animal methane emissions, have called for patience regarding the releasing a product that can help Australian livestock producers cut their carbon footprint, saying the path from research to commercial release takes time.

After a high profile commercialisation of the CSIRO-instigated research last year, including investment from grains business GrainCorp, asset managers AGP, Harvest Road and Woolworths among others FutureFeeds is still yet to release its seaweed based additive to the market.

However, the team behind the project has said the time lag is normal in complex research projects.

The FutureFeed concept is based on the use of a red seaweed, asparagopsis taxiformis, which emits a compound called bromoform which is showing great promise in limiting methane emissions when added to cattle feed.

There are a couple of issues to work through with the difficult to work with compound, such as the fact it is a volatile substance and difficult to store.

FutureFeed's team, however, is confident that with further testing they will be able to unlock the best way to use the exciting discovery.

The focus has moved on from proof of concept of the effectiveness of bromoform in cutting emissions to finding ways to scale up production.

The next 12 month period is critical in terms of developing solutions to meet commercial demand, with the focus is on commercial cultivation of the seaweed along with the framework and structures behind the system to be able to easily demonstrate the advantages of the product to potential customers.

At present a FutureFeed spokesperson said the company was working on its biggest trial to date that will measure methane reduction.

It will also look further into preliminary findings from other studies that have found there could be a potential link between improved feed utilisation and cows being fed Asparagopsis to see whether that could be another tangible benefit of the product.

Tests are also underway measuring bromoform levels in the seaweed at harvest from the ocean and after storing in different formats to see what is the most effective way to store and feed out the product.

GrainCorp product development technologist Sara Labaf said trials were underway to find the best way to optimise the compound for storage and transport within the supply chain to ensure its integrity when delivered in the feed formulation.

"There is so much potential in the product, by testing and setting the standards, we can ensure the product being delivered in the market is in line with expectations," Dr Labaf said.

Regan Crooks, FutureFeed CEO said the additional work regarding the properties of the technology would aid with development of a standard designed to protect industry and consumers.

"We are building a global Certification Trade Mark with a set of standard rules that will give consumers confidence in the claims about the technology", Dr Crooks said.

"A standard is critical because it provides the guiding principles for the use of Asparagopsis and this includes things like testing protocols and storage methods."