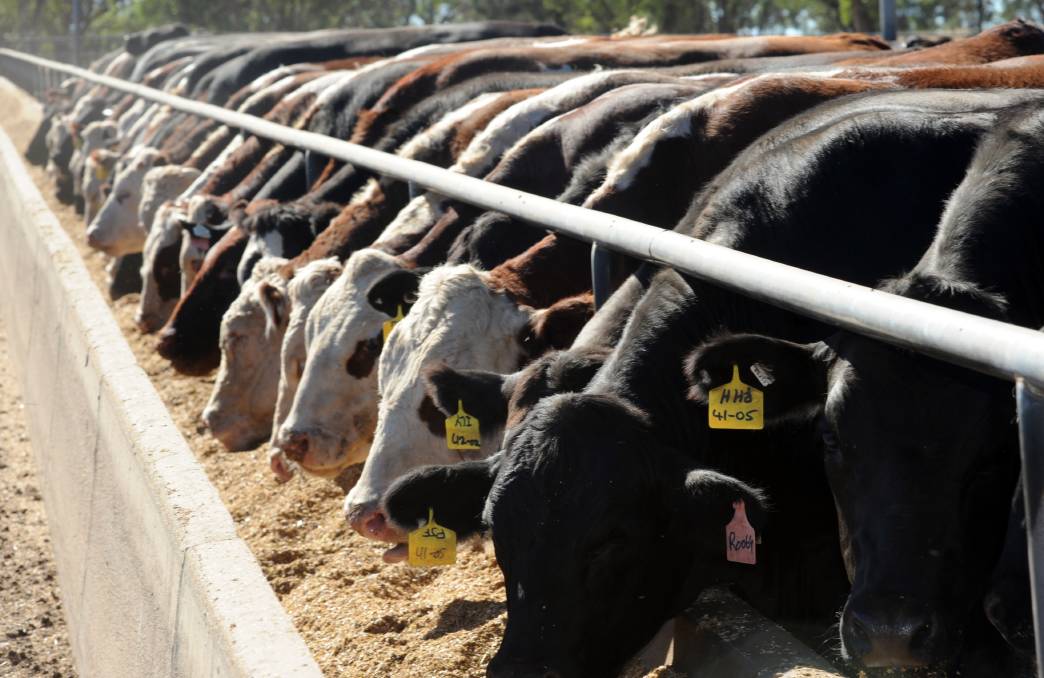 After almost a decade as a scientific research project, the much-anticipated commercialisation of a methane neutralising stockfeed additive has won financial backing from GrainCorp and Andrew Forrest's agribusiness, Harvest Road.

FutureFeed, which has been the focus of trials by Queensland's James Cook University and Meat and Livestock Australia, uses a specific type of seaweed which not only cuts beef and dairy cattle greenhouse gas emissions, but increases herd productivity, too.

Researchers found as little as one per cent of the asparagopsis seaweed mixed in feedlot rations triggered production of special substances containing bromine which disrupted production of methane gas by bovine gut enzymes.

The seaweed effectively neutralised methane construction by reacting with vitamin B12 during digestion.

It also enabled beef cattle to gain weight about 20pc faster than normal because less energy was going towards waste gas production.

Burped and flatulent methane was actually wasted energy which animals could otherwise use to produce more food.

The seaweed's special characteristics have also been studied on US dairy cows by Penn State University.

It found rations could be cut and herd methane emissions reduced to just 20pc, with no loss in milk production, if an animal's total feed consumption contained just 0.5pc of asparagopsis.

Australian east coast grain storage, processing and marketing kingpin GrainCorp, which also owns a stockfeed business in New Zealand, is expected to be a key distributor of the FutureFeed supplement to cattle producers here and overseas.

He is also building a feedlot at Moora in WA's Wheatbelt,

Supermarket group Woolworths, Australia's biggest meat retailer, which also sources from Harvey Beef, is expected to use its investment to encourage production of reduced greenhouse gas or GHG-free beef.

Although the world's livestock methane emissions are equivalent to just 5pc of human-generated greenhouse gases each year, CSIRO has calculated even if only 10pc of the livestock industry uses the FutureFeed additive it would achieve an emissions reduction equivalent to removing 100 million cars from the road.

Depending on farm-level adoption rates, the feed additive would go a long way to making livestock production carbon neutral within a few decades.

CSIRO, which initiated its research back in 2012, began seeking potential commercial partners early this year, receiving about 80 serious expressions of interest by March.

Its final partners were selected for their ability to contribute to establishing production and supply chains based around a goal to have the feed additive hitting the market by 2022.

"It wasn't about getting the highest bidders on board, it's about having the right expertise involved to support the commercial spin-off and accelerate our technology," said a CSIRO spokesman.

In fact, while the partners have not publicised the commercial arrangements, the amount of money raised in the deal has been relatively modest - reportedly less than $12m, or less than $3m each from the key investors.

GrainCorp managing director Robert Spurway has confirmed his company expected to be an "integral part of feed supply systems over time".

He had great confidence the seaweed product would be a game-changer for the livestock sector globally, lifting productivity and cutting agricultural carbon emissions.

GrainCorp's buyers for wheat, barley, sorghum and pulses already include lot feeders, dairy farms, piggeries and poultry producers in Australia, while in NZ it has supplied mixed ration meal and pelleted products for livestock since 2012.

The company's export supply chain across the globe would provide opportunities for a much bigger uptake as FutureFeed production ramped up.

"Our new natural livestock feed supplement is good for the animals, good for climate change and great for business," it said.

That message clearly appealed to investment partner, AGP Sustainable Real Assets, which has come on board as a partner to help develop and operate sustainable infrastructure which has a focus on "impactful investments".

Also in the partnership is NSW-based SparkLabs Cultiv8, which specialises in helping founders and startup entrepreneurs in the farm and food technology grow with accelerator funding and business connections to build scale into markets worldwide.