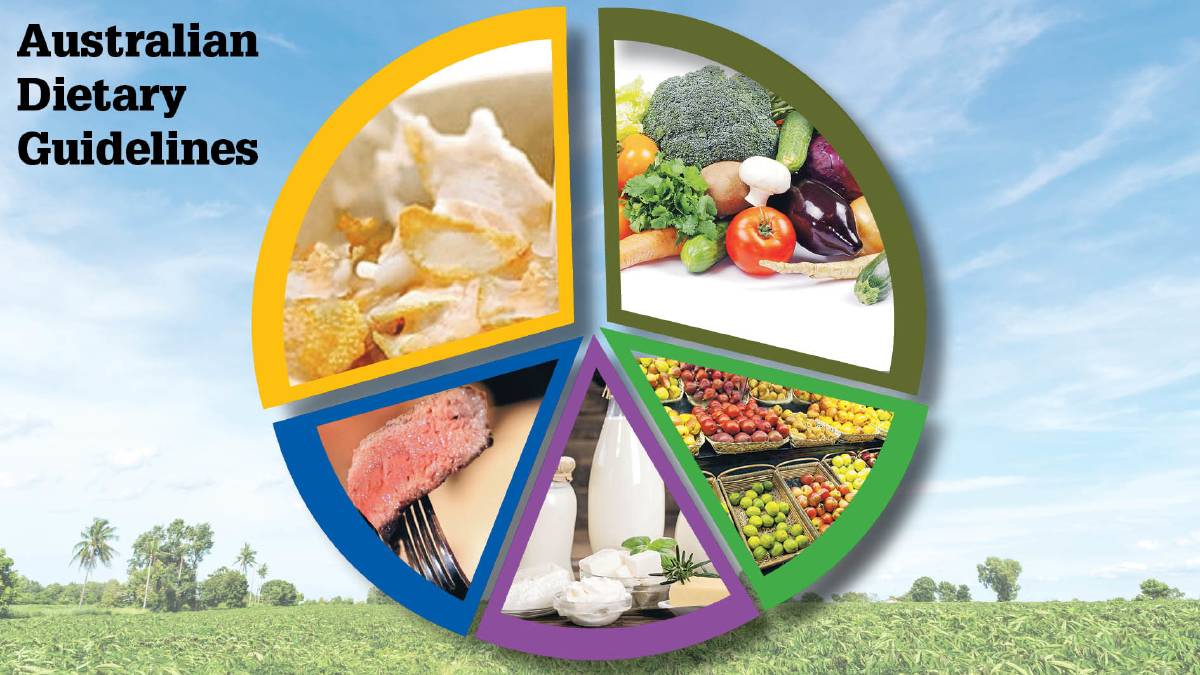 WHAT TO EAT: The government-endorsed Australian Dietary Guidelines are under review. Will unprocessed red meat's share of the pie change? Should it?

Australian Dietary Guidelines are under review: Are the red meat limits fair?

RED meat supply chains are keeping a keen eye on how the current review of the Australian Dietary Guidelines plays out, particularly in light of increasing criticism from health experts about the lack of evidence behind recommended limits.

Concerns are also widespread in the beef industry that vested interests, such as processed food and cereal companies, have had a strong influence in government-endorsed dietary advice.

Current ADG recommendations are that people limit intake of unprocessed red meat to 65 grams a day.

The guidelines, overseen by the National Health and Medical Research Council, are revised every ten years and the next edition is due to be published in early 2024.

Chief executive officer of the NHMRC Professor Anne Kelso told a recent senate estimates hearing it was an extensive process to scope the review, undertake detailed evidence reviews, put out a draft for public consultation, collate feedback and finally release the new version. It would take the best part of four years, she said.

Expressions of interest from experts to be a part of the committee driving the revision were called for last year and the 51 applications were now being assessed, she said.

High-profile medical practitioners, including 2020 Australian of the Year and eye surgeon Dr James Muecke, have described the current guidelines as flawed, biased and unscientific.

Dr Muecke has taken issue publicly with the ADG link between dietary saturated fat and cardiovascular disease. He says there is no evidence to link whole fat dairy, unprocessed red meat and eggs with heart attack, stroke and Type 2 diabetes.

The recommendations were certainly not science-based, he said.

The last US revision 'largely came down to who the best lobbyists were', he said.

"The majority of references used were directly from industry-sponsored papers; from cereal manufacturers, legume and nut industries," Mr Power said.

"Science definitely didn't finish first and we are now dealing with the ongoing effect of historical mistakes," he said.

"The red meat industry really needs to be paying attention because this time around there is a new player as well. The alternative protein people seem to have deep pockets and a lot of energy for lobbying."

ALSO SEE: 'The demonisation of red meat has nothing to do with science.'

Nutrition scientist and MLA board member Manny Noakes described the reasoning behind the 65gm limit as 'tenuous'.

Speaking with Kerry Lonergan on The Weekly Grill podcast, she said it was influenced by a supposed link with colon cancer but there were now a number of studies showing that link was tenuous. There were also researchers who believed it may be a completely false relationship, she said.

"The real issue with health is people are eating way too much junk food," Prof Noakes said.

"Sometimes that is forgotten when people talk about Meatless Monday. Junk Food Less Monday would be far more productive."

Prof Noakes warned meat might be restricted in the future for environmental reasons.

It would be 'very shaky ground' to further restrict red meat consumption when it provides a large chunk of nutrients in the Australian diet, she said.

"Eating too much food overall is our biggest problem. As a developed nation, there is plenty of room to reduce our environmental impact by eating less junk food," Prof Noakes said.

Red Meat Advisory Council chair John McKillop said the ADGs must be evidence-based and free from any anti-meat and anti-livestock vested interests.

"Whilst red meat contains just one ingredient, more and more health concerns are increasingly being raised over highly manufactured plant-based and synthetic proteins," he said.

"It is clear no other product will ever substitute our homegrown beef, lamb and goat.

"The fact is many of these groups are anti-livestock with the misguided belief that somehow it is possible to feed and clothe the world without utilising pasture land, most of which is unsuitable for commercial cropping."