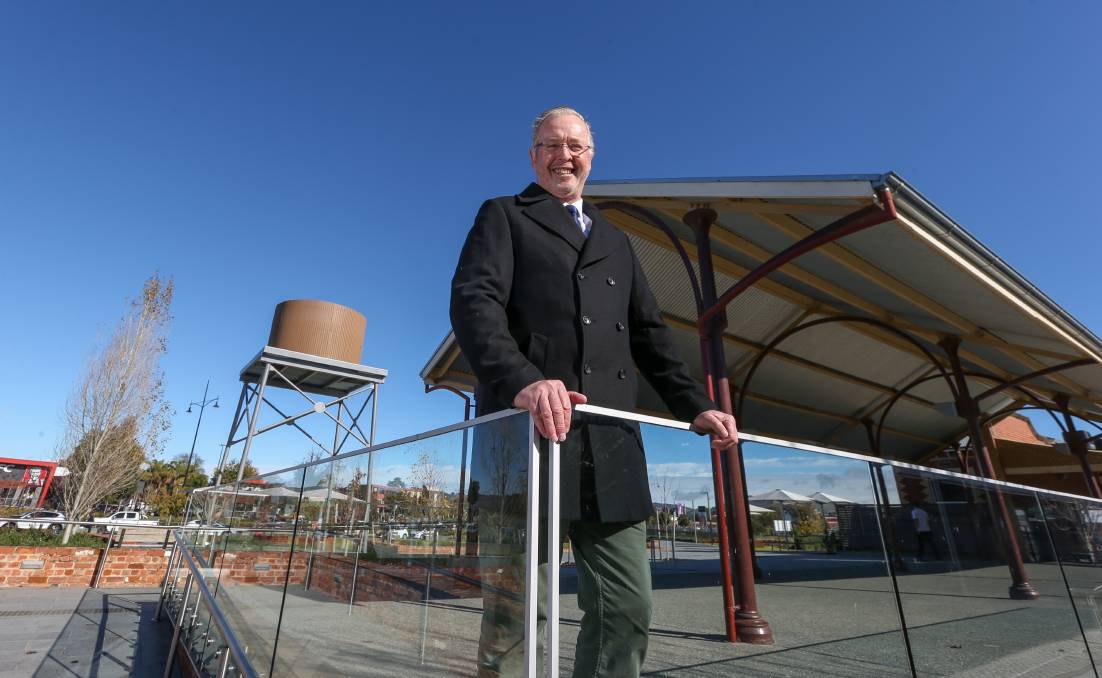 MARK Byatt has become the second former Wodonga, Vic, mayor in three years to be bestowed with an Order of Australia Medal.

MARK Byatt has become the second former Wodonga, Vic, mayor in three years to be bestowed with an Order of Australia Medal.

The Regional Development Victoria area manager has been honoured for his service to local government, regional development and the community of Hume.

"It's nice when acknowledgement comes for something that's a passion both personally and professionally."

Mr Byatt grew up on a dairy farm near Corryong, Vic, and said that experience informed his love of the region.

His job involves fostering economic development and investment across an area that extends from Seymour to Shepparton and east to the Upper Murray.

Mr Byatt has emulated his predecessor as Wodonga mayor, Rodney Wangman, in receiving an OAM.

Mr Wangman was recognised in 2018 for service to local government and Albury-Wodonga.

Mr Byatt served as mayor from 2008 to 2013 and also chaired the Victorian Rail Freight Alliance, Regional Capitals Australia Alliance and Regional Cities Victoria in his time on council, which ended in 2016.

"You do get the opportunity as a councillor and particularly in the mayoral role to develop some really good relationships and work with people of a like mind," he said after citing lobbying through the two regional groups as a key feat.

His time on council coincided with the reshaping of former railway land in the Wodonga CBD and he was involved in negotiations with governments over what is now Junction Place.

The story From dairy farm boy to OAM joy first appeared on The Border Mail.