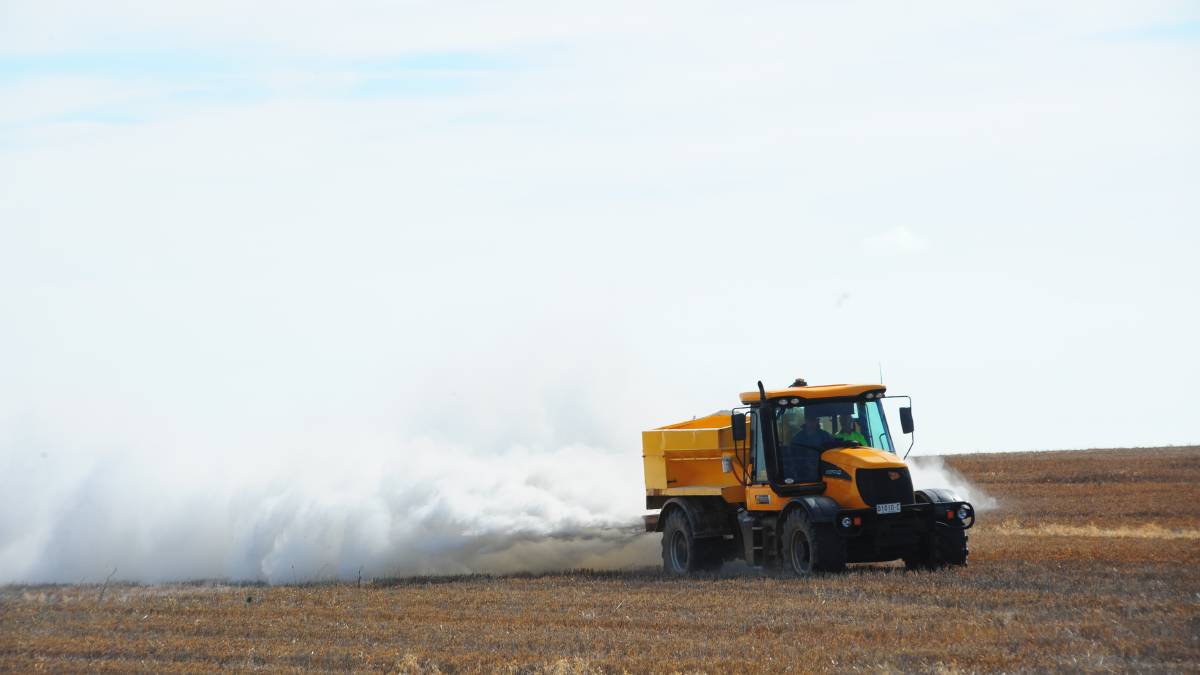 Urea prices have risen on the back of strong international demand and higher freight costs.

Urea prices have climbed steeply over the past month - what is driving the worldwide price rise?

AUSTRALIAN farmers will have to contend with a rise in nitrogen fertiliser costs with urea prices set to rise to in excess of $A700 a tonne with strong international demand sending prices up by up to $65/t in the past month.

Rabobank senior agricultural analyst Wes Lefroy said there had been a strong appreciation in urea values globally as croppers globally sought to boost yields to take advantage of high grain prices on offer.

In particular he said Indian farmers had been on the hunt for product in recent weeks following good monsoon rains, while farmers in North America are also buying up.

Domestically, he said NSW and WA farmers, where there has been a fantastic start to the season, were looking at big nitrogen programs, while demand is more subdued in Victoria and South Australia where it remains on the dry side in many regions.

Mr Lefroy said global prices had also risen on the back of higher freight costs.

"Across all commodities there have been issues getting ships, with less new ships hitting the water and this is also contributing to the price rise."

However, in some good news for growers Mr Lefroy said it was anticipated there would be sufficient nitrogen reserves for the winter top dressing period.

"There looks to be reasonable supplies for now, further ahead it is hard to anticipate given demand may change," he said.

"People who got in pre-orders and have supply either at home or on the water have got the best of the prices with the rises going to have an impact on any new shipments," he said.

Mr Chivell, based in Cobden, in Victoria's south-west, said there was a good supply of urea in Australia or on the water.

"I don't think we'll have a huge exposure to the higher prices, but it could have an impact on those who decide they want to put some more out in the spring," Mr Chivell said.

He said freight costs had risen substantially, from around $45/t to $73/t in the past year, but paid tribute to the supply chain for the lack of disruptions during the uncertainty of COVID-19.

"It has worked well and what we are hear from our customers is while they don't like seeing the price go up it is having the supply when they need it that they most value," he said.

"From the perspective of the fertiliser businesses the importers have done a great job, it has been seamless getting supplies which was a concern when COVID first hit."

Mr Chivell said with high grain and livestock prices farmers had said they were still getting bang for their buck with nitrogen applications.

"Especially in the areas where they have taken off a lot of grain in recent years the nitrogen levels will be down so there's likely to be a response from nitrogen application."

"We'd love to see urea cheaper, the same as all your inputs, but we understand it is a supply and demand equation," Mr Hosking said.

"Those that have been organised and put in forward orders have been able to lock in lower prices so that shows the advantages of being prepared."

Mr Hosking said while the price rise was frustrating, the security of supply was the more important factor.

"We need to have the product when we need it and there does not seem to be a problem on that front which is good news."

Mr Hosking said it was difficult to estimate urea needs for the rest of the season.

"It is one of the short-falls of the industry that we can't accurately predict what we'll need in the coming months and highlights the need for more work on accurate seasonal weather forecasting."

"In the shorter term outlook having greater confidence in rainfall predictions means people are more likely to put out urea and not worry about it being lost due to the rain front not eventuating."