John and Cherie Gardiner's Avonlea Holsteins swept the awards in the in-milk classes at the Victorian Winter Fair in Bendigo, Vic, on Thursday. 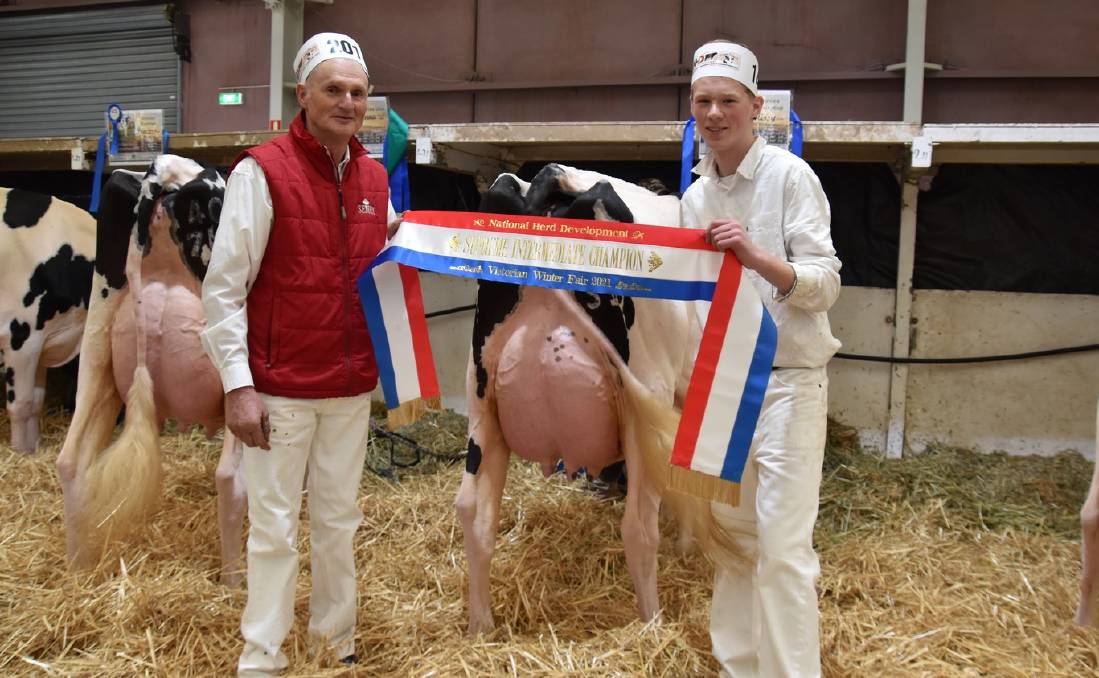 John and Cherie Gardiner's Avonlea Holsteins swept the awards in the in-milk classes at the Victorian Winter Fair in Bendigo, Vic, on Thursday.

It was a sweet victory for the Cardinia, Vic, stud as the fair is its last major show before the herd is dispersed in September.

Mr Gardiner said a health scare last year, when he was diagnosed with prostate cancer, had prompted a rethink about their future.

Their farm is on Melbourne's urban fringe and they finally decided to sell, after receiving numerous offers for it over the years.

They have bought a new farm at Nar Nar Goon, Vic, where they will rear the herd's heifers and continue to sell them for the next couple of years and move in to a beef venture.

The Avonlea animals will no doubt be in demand at the dispersal.

In the intermediate show the Gardiners took all three placings - champion, reserve and honourable mention.

The six animals entered in the intermediate show certainly impressed judge Brian Leslie and associate judge Patrick Anderson, who placed all six in the earlier classes.

The intermediate champion Avonlea Stanleycup Missy was from the senior three-year-old in milk class.

"I love this cow that was champion, she's just flat out my kind of cow," Mr Leslie said.

"She's as dairy as you come but she's got the width and capacity and the power that we talk about and the udder that's right up in her.

"When you get in close on it she's got that amazing spring to her rib, hard top, wide pin and an udder that's capacious and right up in her."

It had won its class at International Dairy Week three years ago as a young calf.