A cow that was the intermediate champion at the 2019 Victorian Winter Fair returned on Thursday to take the supreme senior champion award. 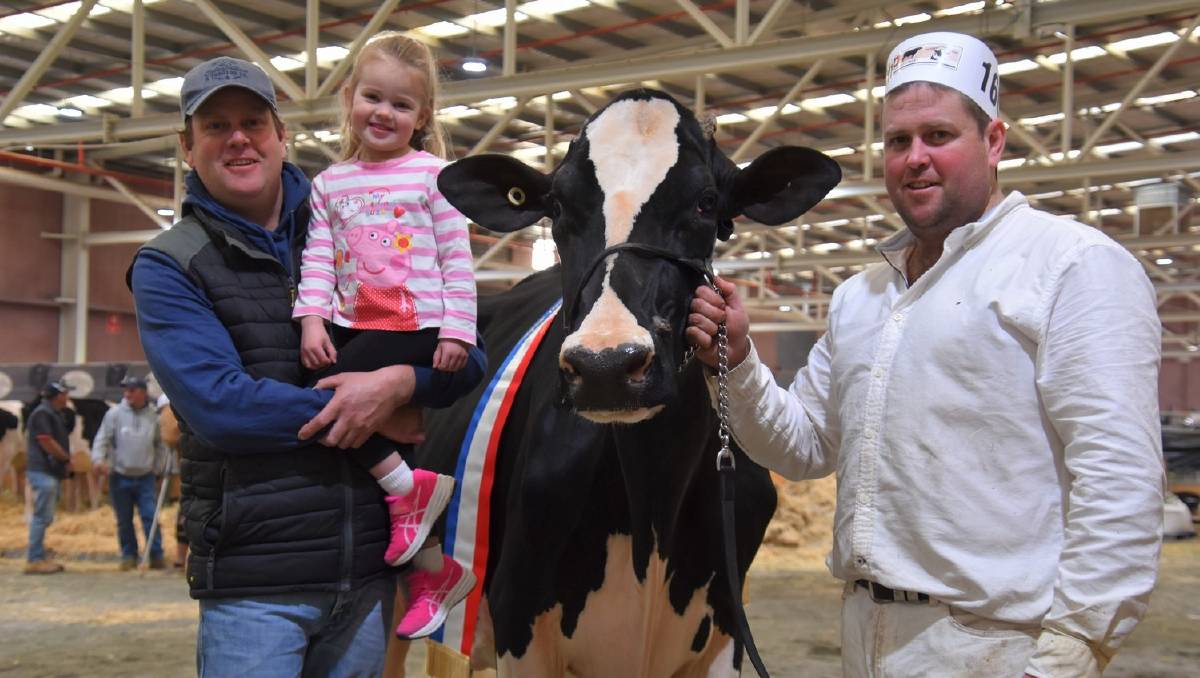 A cow that was the intermediate champion at the 2019 Victorian Winter Fair returned on Thursday to take the supreme senior champion award at the event in Bendigo, Vic.

Murribrook Reginald Victory had new part-owners this time around, who had prepared it for the event.

Gorbro Holsteins, Cohuna, Vic, bought a part share in the cow from John and Cherie Gardiner's Avonlea Holsteins in November.

Glen Gordon, from Gorbro, said after their sale in November, the stud had a real focus to general new cow families to have new bloodlines to sell at future sales.

"We were lucky enough that John (Gardiner) was willing to let us buy a number of his top end cows and buy a share into this cow that we thought was the very best cow on the farm," he said.

The results of that buying program were evident at the show with several of Gorbro's entries carrying the Avonlea prefix.

"There is no doubt we think Avonlea is the pinnacle and that's where everyone strives to be," Mr Gordon said.

"We have so much admiration for John, and what he has been able to breed throughout this career is quite outstanding.

"We consider Avonlea as the premier or the best herd in Australia."

John and Cherie Gardiner, of Avonlea Holsteins, Cardinia, Vic, retained a part share in the champion - which moved into the Gorbro herd.

The senior championship topped off a great show for the Gardiners, who swept the intermediate show awards and were named premier breeder and exhibitor at the show.

Mr Gordon said the senior champion stood out in the herd when they visited the Gardiners in November.

"This cow stood out to us as the in-form cow and a cow that we thought was the very best John had to offer," he said.

The cow had since performed well in the Gorbro herd.

"We flushed her about a month ago for four sexed embryos and we have short bred her now to try to get her back here again next year," Mr Gordon said.

"She is a super dairy cow, this black cow," Mr Leslie said.

"So much quality, a cow that really comes together extremely well."

John Gardiner bought Murribrook Reginal Victory in 2018 from Stuart and Andrew Mackie, Meeniyan, Vic, who had picked it up at the Murribtook Holsteins, Moss Vale, NSW, sale the year before that.

Mr Gardiner had seen the cow at International Dairy Week, where it had impressed in the dry heifer classes.

He said he liked the cow's pedigree. Its dam - Strongbark Linjet Victory - was one of the unique breed cows in the country.