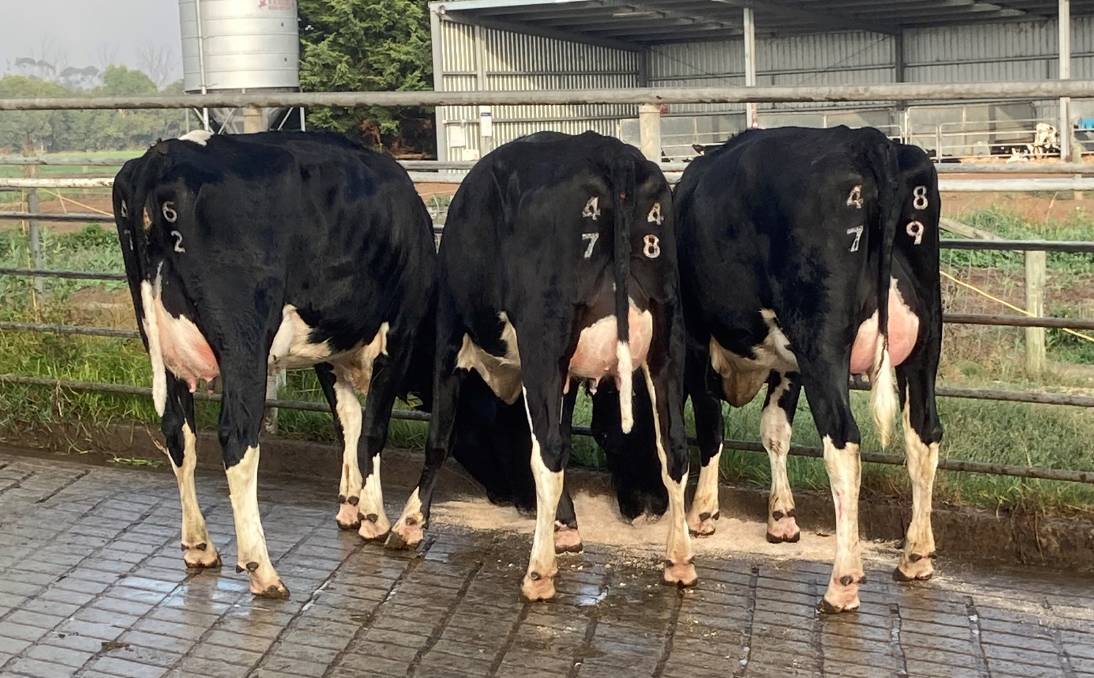 Daughters of the new number one Holstein proven sire Jeronimo, which sits at 525 on the Balanced Performance Index (BPI).

The former number one genomic young sire is joined by Jersey bull Wilsonview IF Matt and Aussie Red sire Onstad P as the top proven sires of their respective breeds.

And the future looks bright with a fantastic group of young genomic bulls hitting the market this spring.

This popular, polled A2 sire has several high-quality sons available from various suppliers.

Another ABS sire to debut at number two on the proven sire list is De-Su Wrigley (29HO18726) with a BPI of 506 and has solid ratings for protein and overall type.

The Semex sire Westcoast Perseus is another former high ranking genomic sire to deliver on his genomic promise.

With thousands of milking daughters around the world and now with 95 per cent reliability for production in Australia, the influence of Perseus and his sons will continue for some time to come.

Seven major semen suppliers have young bulls with a BPI above 500, demonstrating the intense competition at the pointy end of this list.

The Australian-bred sire is from the herd of John and Vicki Lillico of Tasmania, and is the son of another high-ranking young bull in EndGame.

TommyDee is also strong for HWI with solid ratings for survival, mastitis resistance and fertility.

TommyDee is available at Genetics Australia.

Reverso is one of several high-ranking maternal half-brothers in the Semex stable.

At 521 BPI, Talking also has solid ratings for health traits.

Talking is bred by Jared and Courtney Ireland of Lockington, Victoria.

For an amazing fifth consecutive run, Wilsonview IF Matt (7JE01344) holds down the number one Australian proven spot.

This reliable sire is available from World Wide Sires and has strong ratings across the board, backed by high reliability.

Algernon, bred by Lynton and Lisa Broad of Wonthaggi, Victoria, edges ahead of All Lynns Louie Valentino (7J1038) who has dominated the ABV lists for some time.

Algernon is a positive fertility bull with more than 180 milking daughters, and is available from Genetics Australia.

Available from ABS, this Australian-standing young sire was bred by United Dairyfarmers of Victoria president Paul Mumford and his wife Lisa.

CSCWoodside is a very well-balanced bull with strong ratings across the board.

Invincible has 52 milking daughters on their first lactation and shows strong type credentials.

He is also available from Genetics Australia.

Using state of the art single step methodology, these genomic breeding values will now form part of the standard delivery of ABVs for the Red breed group at each future public ABV release.

Available through ABS, this polled sire will have a positive impact on the breed into the future with his strong ratings for type and fertility.

The introduction of Red breed genomics provides breeders with an opportunity to use the latest young bulls with increased confidence.

Vikrfaabeli leads the genomic Aussie Red list at 386 BPI, and he is available through Viking Genetics.

While Arbprimestad holds down second spot at 353 BPI.

This polled son of the number one proven bull Onstad is available from Genetics Australia.

Number one BPI herd in the Holstein breed is again Trevor and Leah Parrish's, Illawambra Holsteins of Barrengarry, NSW, with an average BPI of 263.

They are also the number two HWI herd at 250.

The Parrish's have two bulls in AI above 480 BPI, Shoalhaven (491 BPI) and Optics (483 BPI) along with the number three and six BPI genomically tested females.

Rob and Sandra Bacon's Brookbora Jersey herd of Tennyson, Victoria is the top Jersey herd for the second run in a row.

With an average BPI of 190, they come in ahead of the Glennen Family's White Star herd based in Noorat, Victoria with a BPI of 175.

John and Marg Cockerell of Numurkah, Victoria own the number one HWI herd, boasting a HWI average of 147.

The Cockerell's herd is also home to the number one ABV Jersey cow.

Holsteins have a tie for first position on the cow list with Ivyhurst Wrangler Mystery 6194 owned by the Andrew and Christine Sebire of Echuca West, Victoria and Wilara Perseus Jo owned by the Henry family of Tinamba, Victoria both with a BPI of 520.

Mystery 6194 was a previous number one ranked Holstein in April 2020 and Perseus Jo has always been one of the highest heifers in the breed, with her ranking again reinforced post-calving.

Illawambra River Sleepy 3950 from the number one Holstein ABV herd of Trevor and Leah Parrish is the top BPI heifer coming in third on the list with a BPI of 514.

Warrain Irwin Love Lies 5, owned by John and Marg Cockerell of Numurkah, Victoria is again the number one BPI Jersey cow with a BPI of 491.

The Cockerell's also own the number one HWI cow, Warrain Matt Treasure 3, with a HWI of 399.

Matt daughter, Kings Ville Haha Belle 155 is the highest heifer of the Jersey breed with a BPI of 397.

From the world-famous Belle family, she is owned by Robert and Kerrie Anderson of Longwarry, Victoria.