Dog owners have been warned to check their freezers for any unused pet meat which may contain the toxin.

A total of 24 dogs have already died and officials warn there may be more cases to come.

A consignment of feral horses from the Northern Territory found its way to a Maffra knackery which authorities say blended their meat during processing.

A station owner has told NT authorities he believed the consignment of 26 horses was heading to a Queensland export abattoir and used for human consumption.

Research shows people have a "relatively low susceptibility" to indospicine toxicity and food agencies say they are not aware of any reports of adverse effects.

It is believed the horses were re-directed south due to COVID-19 lockdowns.

Testing has shown the meat contained the toxin indospicine from the hardy Indigofera (Indigo) plant which grows in outback areas.

Dogs are especially sensitive to the toxic effect of indospicine.

"Horses from the NT where the Indigofera plant is known to grow are considered the most likely source of the contaminated meat," Agriculture Victoria and PrimeSafe said in a joint release late yesterday.

There have been two previously reported cases of consumption of horse or camel meat containing indospicine resulting in the illness and death of dogs in 1984 and 2009.

Test results confirmed pet meat processed at the Maffra District Knackery between May 31 and July 3 contained indospicine, the statement said.

Testing on blood and liver samples from affected dogs at the University of Queensland confirmed the presence of indospicine in all samples.

Six of these samples were shown to contain indospicine.

"PrimeSafe is working with industry and the businesses involved to develop guidance to minimise the risk of future indospicine contamination incidents," the statement said.

"Unfortunately, there may continue to be some cases of illness and death caused by indospicine associated liver disease in coming weeks."

Voluntary withdrawals and consumer level recalls are considered to have removed indospicine contaminated pet meat from retailers but affected products may still be in storage in pet owner's freezers.

Dog owners have been told not feed their pet any fresh or frozen raw pet meat sourced from Maffra District Knackery between May 31 and July 3. 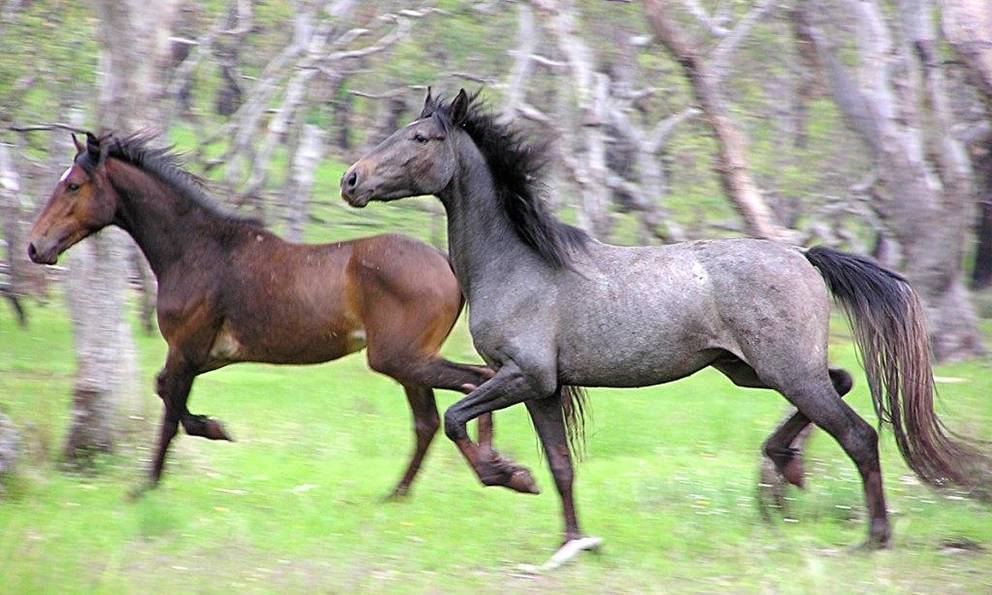 There are believed to be more than half a million feral horses across northern Australia.

"All kinds of pet meat fitting that description, including products described as beef and kangaroo pet meat, should be considered at risk of indospicine contamination, due to the blending of pet meats during processing."

Neither cooking nor freezing will destroy the toxin that remains in the pet meat.

Indospicine can build up slowly when affected meat is consumed regularly by dogs.

"It can then reach levels sufficient to cause toxicity, so if your dog has been fed pet meat matching the description above and they have not become unwell, please do not assume your pet meat is safe," the statement read.

Signs of liver disease include sudden loss of appetite, lethargy or jaundice in a previously health animal.

"This investigation was complex and required the co-operation of multiple agencies and laboratories across Australia," the statement read.

"Agriculture Victoria and PrimeSafe thank those dog owners and their veterinarians and the dedicated scientists who have assisted.

"We acknowledge this has been a difficult experience for companies and business that were affected by the situation. All statements made are in the public interest to protect the welfare of dogs involved in this event."

Results of the investigation can be found here.

Meanwhile, the Australian Veterinary Association has joined forces with RSPCA Australia and the Pet Food Industry Association of Australia to express concern at the significant delays in developing and implementing robust regulation for Australia's pet food industry.

It is now three years since a Senate inquiry recommended a mandatory Pet Food Standard to ensure pet food quality and safety.

"All pets in Australia should have access to safe, high-quality food, that adheres to animal welfare standards in regards to processing. Pet owners should have confidence that the food they're buying is safe and that if an unexpected problem arises, there will be prompt and regulated recall" said AVA PetFAST Representative Dr Sue Foster.

"At the moment there is no regulation of pet food in Australia and the national Standard for pet food is voluntary. The recent adverse event in Victoria, where at least 67 dogs became ill with 23 dying has tragically highlighted this lack of protection."