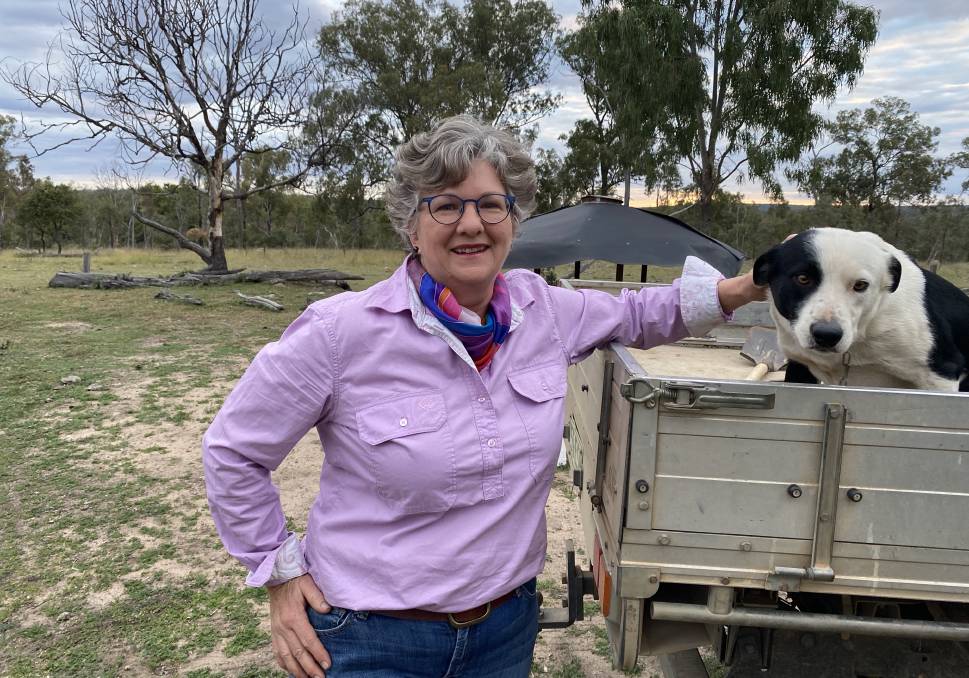 WORKING IN STYLE: Agricultural advocate and Queensland beef producer Georgie Somerset in the Georgie shirt, a piece named by outback fashion label Antola in recognition of her leadership work.

How would you feel to have a shirt named after you?

THE resurgence of inland travellers courtesy of the pandemic is exciting for one of the country's best known pioneers of agri tourism, Queensland's Georgie Somerset.

Farm stays are a wonderful way for producers to share their stories and lives with broader society, while providing alternative income streams to farms and regional communities, she says.

And Georgie Somerset is a big believer in the value of those on the land telling their stories. It is, quite simply, the best advocacy the bush can get.

For three decades, she has juggled work on the South Burnett family beef farm with demanding roles in influential organisations, all in the name of advocating for farmers and rural people.

These days, between mustering and crunching numbers for the farm books, Mrs Somerset is the president of AgForce Queensland, a director of the Queensland division of the Royal Flying Doctor Service and a board director for the ABC.

Her off-farm work has seen her selected by outback clothing retailer Antola Trading to be the one of the namesakes of its new season collection of shirts.

Each ambassador has their own unique shirt named after them, and $2 from every shirt sale will go towards making life a little easier for hospitalised children and their families via Ronald McDonald House Charity.

At the same time, the stories of the ambassadors are shared via the Humans of Agriculture podcast or website stories.

Mrs Somerset said having her personal story attached to a shirt was humbling.

The concept was a great example of rural entrepreneurship and an opportunity to encourage more women to celebrate their role in agriculture, she said.

COVID times have been anything but quiet for Georgie Somerset, with all the boards she is involved in considered an essential service.

Constant zoom meetings from 6am through to 5.30pm have been nothing unusual but she says there have been many positives to come out of the 'new normal' for the bush.

"It has given us a great opportunity to show that by being regional and remote it didn't make any difference to how we function," she said, speaking on the podcast.

"I'm excited about the walls we've broken down and the opportunities we'll create from more flexible work systems."

Having grown up in the New England region of NSW on a cattle and sheep operation, as a teenager she set up an on-farm accommodation business on her parents property when they moved to western Queensland.

"After that it was a question of do I go west and work on the land or go east and promote the bush," she said.

Brisbane it was, and there Mrs Somerset helped set up organisations like Queensland Host Farm Association and Australian Farm and Country Tourism.

"Often it has been a case of when farmers have some infrastructure, like shearer's quarters which are only used a short time of the year, they'd look to make use of them year-round," she said.

"It was the same when children go away to boarding school and there are spare rooms.

"Through the '90s, there was a lot of farm tourism happening but we didn't have the internet then and it was hard for travellers to find farms so we had a central booking number."

Like most things, it will be the passion of individuals that drives the opportunity this current wave is delivering, Mrs Somerset said.

"One of the things we got to do through COVID was be reflective about what is important to us but also ask how we can be more effective as individuals," she said.

Mrs Somerset joins people like Fiona Simson, the first female president of the National Farmers Federation, in the Antola project.

Mrs Simson has named her shirt 'Liverpool Plains', after where she farms in northern NSW. 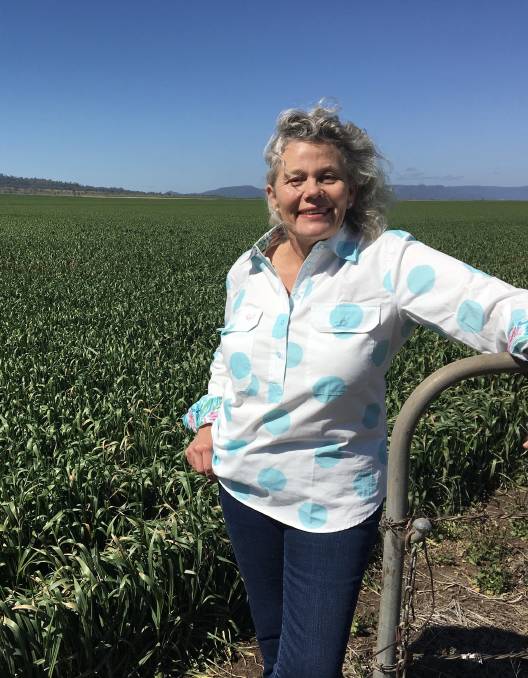 Her story, as shared by Antola, is also fascinating.

The patchwork of part-time jobs she took while raising two children on the farm have all led her to where she is now. They included acting CEO at the Quirindi TAFE, teaching communications, running courses for indigenous women, selling health products, supervising workplace training and chairing the Top Crop educational program.

"It doesn't look much on the CV but all of it gave me great networks and confidence," Mrs Simson said.

"It's interesting talking to other women leaders. Many of us weren't what we would call passionate feminists, or particularly understanding of the feminist movement. Many of us simply put up our hands and kept pursuing what we wanted, and eventually got there. But, in actual fact, once you get there, you realise how important it is to have women in these positions, and how important what women before us have done. You can't be what you can't see."

As the head of agribusiness at Suncorp Bank, fellow ambassador April Cavanagh, from Toowoomba in Queensland, agrees.

"Having confidence in yourself is important, as well as a good support network," she said. 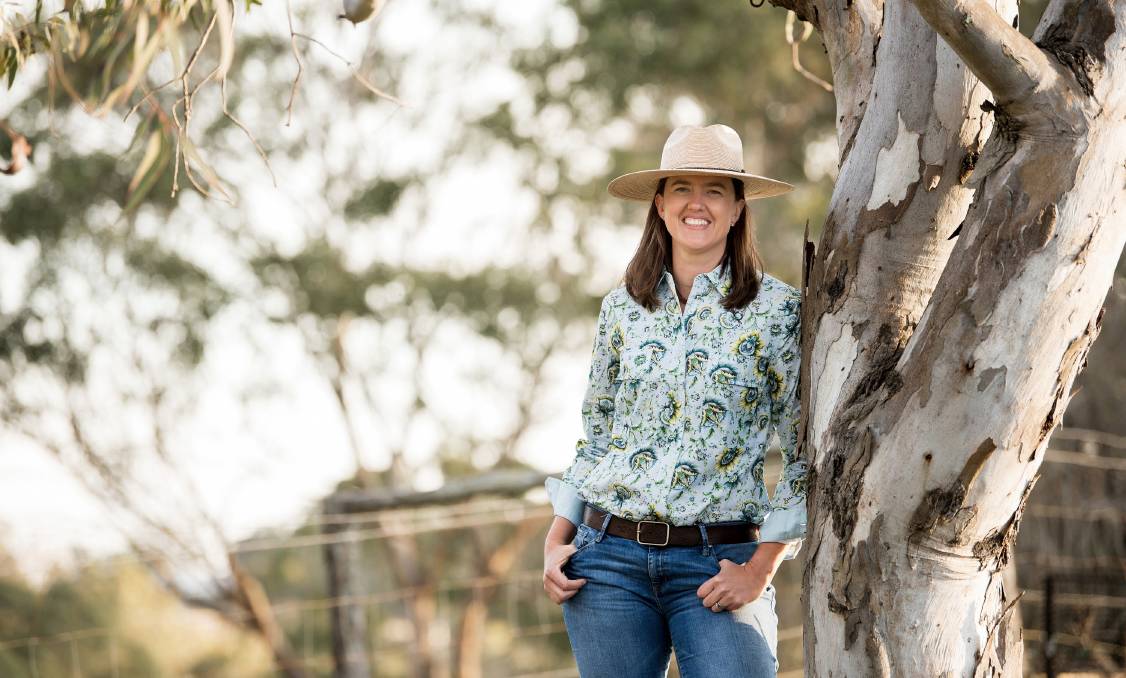 TRY IT ON: Head of agribusiness at Suncorp Bank April Cavanagh.

"Regional Australia is a small place and being able to have a mutual connection or common ground really does help to break down barriers."

Mrs Cavanagh's story talks about her dynamic style of leadership, which she attributes to her upbringing and role models.

"From an early age my dad instilled in me his amazing work ethic," she said.

"As a single man raising four daughters, we never grew up thinking 'we can't do that'. As a business leader, Brene Brown's work on how courage and vulnerability are interconnected and embracing your imperfections has also helped me find my way."