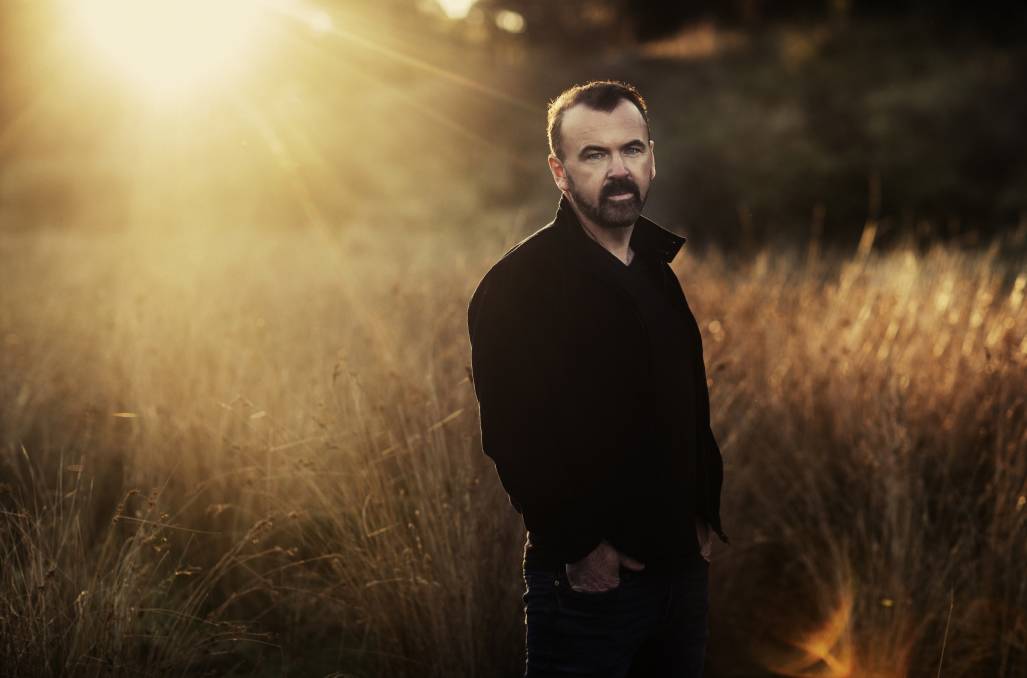 MOODY: Michael Waugh has released his fourth studio album, The Cast, and performs at Lizotte's Newcastle on October 17 with Shane Nicholson and Camille Train. Tickets are on sale now.

"Even the guide vocals for this record were recorded on my iPhone standing in a cupboard with a towel on my head. It was a weird process."

Michael Waugh has been referred to as "a songwriter's songwriter".

The description fits. Waugh is a born storyteller.

Listen to his songs and you meet his friends, his family, the town of Maffra in rural Victoria where he grew up. You'll feel what he feels and relate to the uniquely Australian landscape and characters he describes.

The 13 tracks on his fourth studio album The Cast follow the trend of his three previous albums, all of which have been produced by the award-winning Shane Nicholson. They're real, they're raw, and they're honest. They are Waugh, laid bare.

From Swollen (about Waugh living with an eating disorder) to He Taught Me, Hold On to the Ones You Love and Too Many Drawers (tributes to his parents), The Cast explores what it means to be broken and learning to heal again.

"I wrote many of these songs during long Victorian lockdowns throughout 2020," Waugh said.

"My Dad passed away in January and my Mum died about six weeks later. Two weeks after Mum's funeral we went into our first lockdown, so these are songs written during that long period of being stuck.

"The reason I called the album The Cast was because it was like having a broken limb stuck inside a cast - I was itching to get out, but I had to be still. Just like a cast, COVID kept me still so I had space to heal. These were songs that I wrote while I was trying to pull myself back together."

Working with Nicholson on the album was like sliding his foot into a well-loved pair of boots. Comfortable, safe and reliable. The pair are a good fit.

"This is our fourth album together, and he has journeyed with me through a lot of the tough times that my family has been going through," Waugh said.

"He's that trusted confidante at the end of a phone call and I think that he absolutely got where all of these songs were coming from - and I really think you can hear that.

"Usually, I would be at Shane's studio to make a record. This time we were relying on file transfers for much of the process. Even the guide vocals for this record were recorded on my iPhone standing in a cupboard with a towel on my head. It was a weird process.

"It was also strange because I was sending Shane all of these very personal songs without being able to sense his reaction. I said to him on the day the record was released: 'You took the broken parts of me and made them sound beautiful'. He is a gifted producer. I'm lucky to have him in my life."

And he played 17 instruments on the album?

"Yes. I've seen him play a rubbish bin lid and make it sound musical before. He's a genius."

Waugh believes The Cast is distinct from his previous albums, and not just because he chose to wear a black jacket on the cover as opposed to his usual flannelette shirt.

"This record is an evolution in my writing," he explained.

"I think, too, that this record is thematically linked by more personal themes than the previous records. The first album was about growing up in a dairy farming community, the second album is primarily about football culture and gender, the third album was about my national identity, whereas this album is about being broken and looking for healing.

"Musically, too, the album is a lot more urban in feel. When I started talking with Shane about the album, I put together a playlist of some reference tracks, and there was a lot of material from the '80s new romantic era.

"For some reason, those songs made sense of the feelings that I had at the time."

"The red and black flanno is a tribute to my Dad and has become a symbol of my fans so I'll never fully retire the flanno - but on this record we have gone into some new directions, musically, and this felt like the right look," Waugh explained.

"My brother teased me about it recently saying that I look like a vampire - but that's what brothers do. I think that there is something a bit dark and brooding about the look. I love in the cover image that there is a juxtaposition between the dark look and the sunshine. There's this golden light that shines through it.

"And I suppose that sums up the themes of this record: there's lots of stories about being broken, but also yearning for healing and light."

The story Michael Waugh bares his soul on The Cast first appeared on Newcastle Herald.