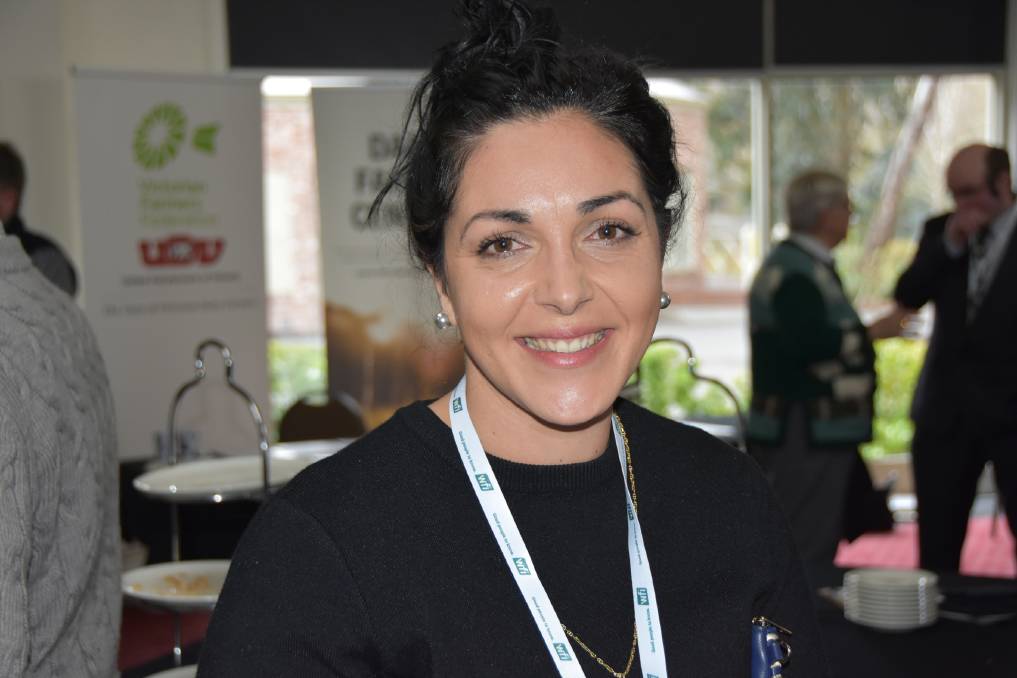 Workers across the south-west face job loss for not choosing to take a COVID vaccine after the government made it compulsory.

Employers across the south-west face the prospect of standing down staff over their refusal to get the COVID-19 vaccine.

Schools, healthcare workers, hospitality, meatworks, councils and the agriculture sector are all grappling with the new rules which came into effect on Friday.

There are also concerns CFA brigades will lose members in the lead-up to summer with at least two south-west captains saying they will hand back their fire gear over the mandate.

With more than 90 per cent of the south-west population already rolling up their sleeve for a first dose of the vaccine, the issue is affecting a small percentage of the population.

But Polwarth MP Richard Riordan said he had been inundated with calls from affected businesses.

He said many were now faced with sacking the same staff they had supported through the past two years of lockdown or risk a maximum $109,000 fine.

"What a terrible choice business has been given," Mr Riordan said.

"Employers at the moment have enough things to worry about. It's been a shi**y two years."

Mr Riordan said it was a "kick in the guts" for businesses who were too scared to speak out publicly about the issue because of the backlash.

"People are scared to raise this as a problem," he said.

"There are lots of country businesses being badly affected by this. In small business if one person leaves your workplace, you're in trouble."

Mr Riordan said he had been contacted by businesses along the Great Ocean Road who were about to lose staff, but it was not just hospitality affected.

"Everything from piggeries to dairies are in crisis," he said.

"There are massive amounts of people missing from our health services and that's causing real problems in regional Victoria because we just don't have the replacement."

There are also teachers across the south-west who will be missing from the classrooms from next week, he said. Midfield Meats also said it expected to lose staff.

Mr Riordan accused the government of fanning the flames of division over the issue.

"When we know we are going to get to 90 per cent without much trouble, we're putting a lot of grief and heartache on a percentage of the population. We are punishing them financially, we're punishing them socially," he said.

NSW also has vaccine mandates, which end on December 1.

The Victorian government hasn't set an end date for its mandate, with Premier Daniel Andrews saying people should assume it would continue through the summer.

Agriculture industry worker Andrew Whitelaw, who works with the south-west farming community, said he thought the impact of the mandates was greater in the country areas.

Mr Whitelaw, who is pro-vaccine, said the mandates were forcing farmers to choose between getting a large fine they couldn't afford to pay or stand down staff at a time when it was "extremely hard" to get employees in rural areas.

He said it could take a dairy or pig farmer months to replace staff, and in the meantime they faced losing thousands of dollars until they found new workers.

"Having these hard and fast mandates where it has to be done by a certain date is causing a lot of concern," he said. "It's such an onus on businesses to keep up with laws that change on almost a daily basis."

A spokesperson for the Victorian Farmers Federation said the organisation was still in talks with the state government to clarify how its member were affected by the law.

VFF president Emma Germano said the mandate was "causing a lot of angst", but the VFF wasn't seeking an exemption for farmers.

Mr Riordan called for PCR testing or alternative measures to be considered for those who were hesitant.

"If you're a busy restaurant on the Great Ocean Road trying to get a summer under your belt, rather than sack your three best staff say 'do a PCR test every day'," he said.

Mr Riordan also called on the government to follow NSW's lead and not put it back on businesses to police vaccine mandates but on individual responsibility.

"I know quite a few people that aren't going to get vaccinated and have resolved to the fact that they've lost their jobs," he said.

"I know one business has lost four workers."

Each PCR test costs anywhere between $20 and $110 per employee per day, which Cr Doukas said should be covered by employers and the state and federal governments.

Healthcare workers yet to get vaccine

South West Healthcare said the vast majority of nursing staff were now fully vaccinated but they were in discussions with a small number of nurses and other staff across a variety of areas about their vaccination status, including some who had been on leave.

A healthcare worker from the south-west, who hadn't yet been vaccinated and did not want to be named, said she was not the only one on sick leave while they waited to see what happened to their jobs.

"I haven't decided to get it at this point," she said.

She said there were more than 30 healthcare workers in the region who she was aware of who were also yet to be vaccinated.

SWH executive director of people and culture Erica Traicos said the hospital was following the chief health officer's requirements for mandatory vaccinations for all healthcare workers.

She said staff who had not taken action to become vaccinated, or to check if they were exempt, would be suspended from their duties from Friday.

"We will have further conversations early next week to decide their next steps with South West Healthcare," Ms Traicos said.

"If the mandated conditions are not met, the only alternative is to end their employment or we would be in breach of the Chief Health Officer's orders."

The Department of Education and Training would not reveal this week how many south-west education and early childhood settings had been affected by the vaccination mandate or if it would lead to teacher shortages across the region.

It comes after Warrnambool's King's College principal Allister Rouse raised concerns recently that the mandate would lead to a teacher shortage with schools forced to combine classes and scrap subjects.

A voluntary EduPay vaccination survey of more than 53,000 school staff found that more than 98.9 per cent had had at least one vaccine dose.

In order to work, all staff in schools and early childhood services are required to have a first dose by this Monday, or have a booking within one week, and be fully vaccinated by November 29 unless a medical exemption applies.

A Department of Education and Training spokesperson said the vast majority of education staff knew getting vaccinated was the best way to protect school communities and make sure that once schools reopened, they stayed open.

Warrnambool City Council chief executive officer Peter Schneider said earlier this week he had not stood down any staff "at this point".

"We are holding discussions with those staff who have indicated a vaccine hesitancy, to inform them of the directions of the Victorian chief health officer and how that may impact non-vaccinated employees," he said.

"Council's position is that we will follow the health orders of the Victorian government."

Moyne Shire Council CEO Bill Millard said he was pleased with the high vaccination rates of staff, and it was working towards compliance.

A Victorian government spokesperson said the state would see more pressure on its health system than ever before, so it was crucial to continue to protect it from being overwhelmed.

The story Mandates force employers to stand down workers first appeared on The Standard.