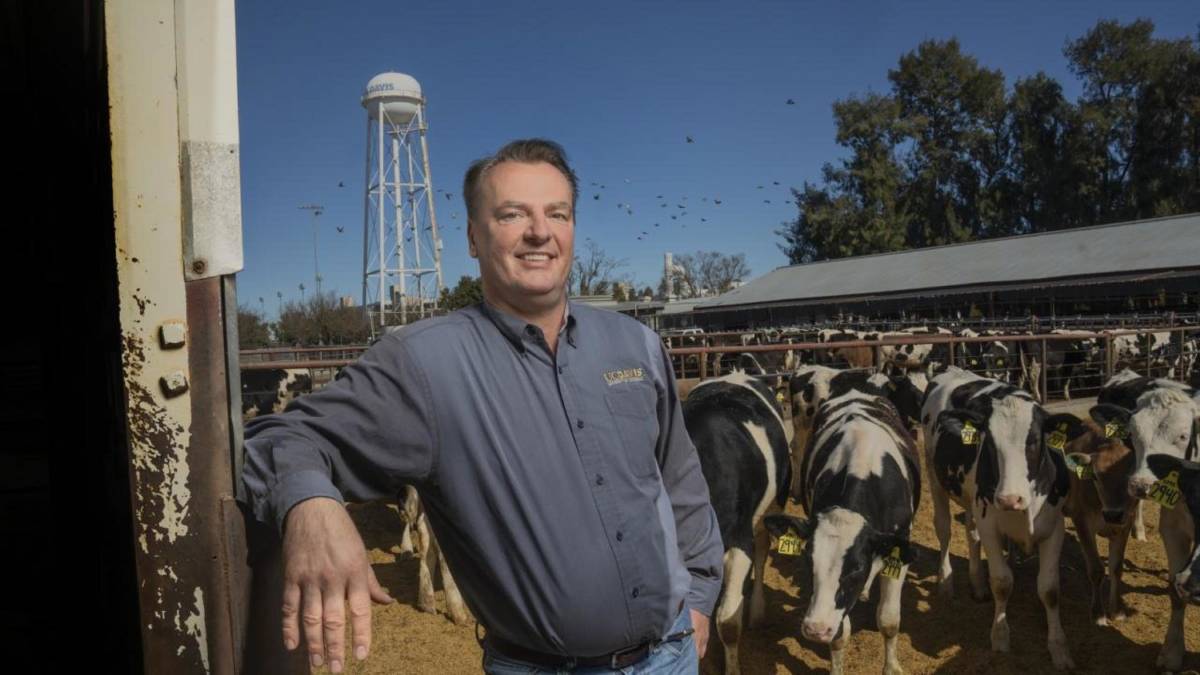 SO much is flawed about the way methane from cattle has been blamed for significant climate change, most of it stemming from a lack of looking at the whole picture.

The beef industry has been warned not to make the same mistake as it rushes to bring in mitigation strategies.

One of the world's leading experts on quantifying and mitigating greenhouse gas emissions, United States scientist Dr Frank Mitloehner, spoke at a recent industry event about the importance of holistic thinking in beef's chase for carbon neutrality.

He explained how methane from cattle is not only emitted, it is also destroyed relatively quickly and that means it's warming impact should be measured differently to that of carbon dioxide.

The traditional approach to emissions accounting has been the Global Warming Potential 100 method, known as GWP100, which converts gases like methane and nitrous oxide to carbon dioxide equivalents.

However, the metric is being increasingly recognised as flawed in that it fails to account for the actual warming impact of methane, which is far more short-lived in the atmosphere than carbon dioxide.

"Recently the IPCC (Intergovernmental Panel on Climate Change) reported that if you have a constant source of methane - let's say a stable feedlot industry - then using GWP100 overblows the warming effect of that sector by a factor of three to four," Dr Mitloehner said.

"There is a new matrix, GPW star, that does a much better job of characterising the impact of methane on warming.

"If you have constant cattle numbers and constant methane emissions, you are not getting additional warming. If, at the same time, you are reducing methane with mitigation programs, you pull carbon out of the air, the same way planting trees does. That makes you a solution in our fight against climate change."

This would lead to reduced herd sizes, as a decreased number of animals were required to produce the same kilograms of meat.

That has been happening in countries like the US and Australia.

"However, in certain parts of the developing world, demand for animal-sourced protein is drastically increasing and that is currently being met through herd size increases," Dr Mitloehner said.

The hope is in the future, efficiency improvements will suffice and technologies such as feed additives are playing a key role, he said.

But it was critical to factor in unintended consequences as these were rolled out, he warned.

"We have to consider the entire life cycle of emissions, that is not just what animals belch but what they excrete - this is a step most have left out of discussion," he said.

"It is possible to reduce enteric emissions with products that at the same time increase excretion methane.

"If animal manure of treated cattle generates more nitrous oxide, a GHG that is ten times more potent than methane, then it offsets all the gains made."

Holistic approaches all round were critical, according to Dr Mitloehner.

"You can reduce methane by using certain approaches and increase water usage at the same time, or affect animal welfare," he said.

"We must consider all aspects concurrently.

"One thing that is not happening in the way it should is that we don't acknowledge the fact that most of what we feed cattle are upcycled products, meaning there is no way humans could eat those directly and without ruminant livestock we could not make any use of them.

"For example, here in California at least a third of everything we feed to beef and dairy would otherwise go into landfill.

"These are byproducts of crop production for which there is otherwise no use.

"Beef and dairy should get credit for avoiding that waste but it is currently not happening."