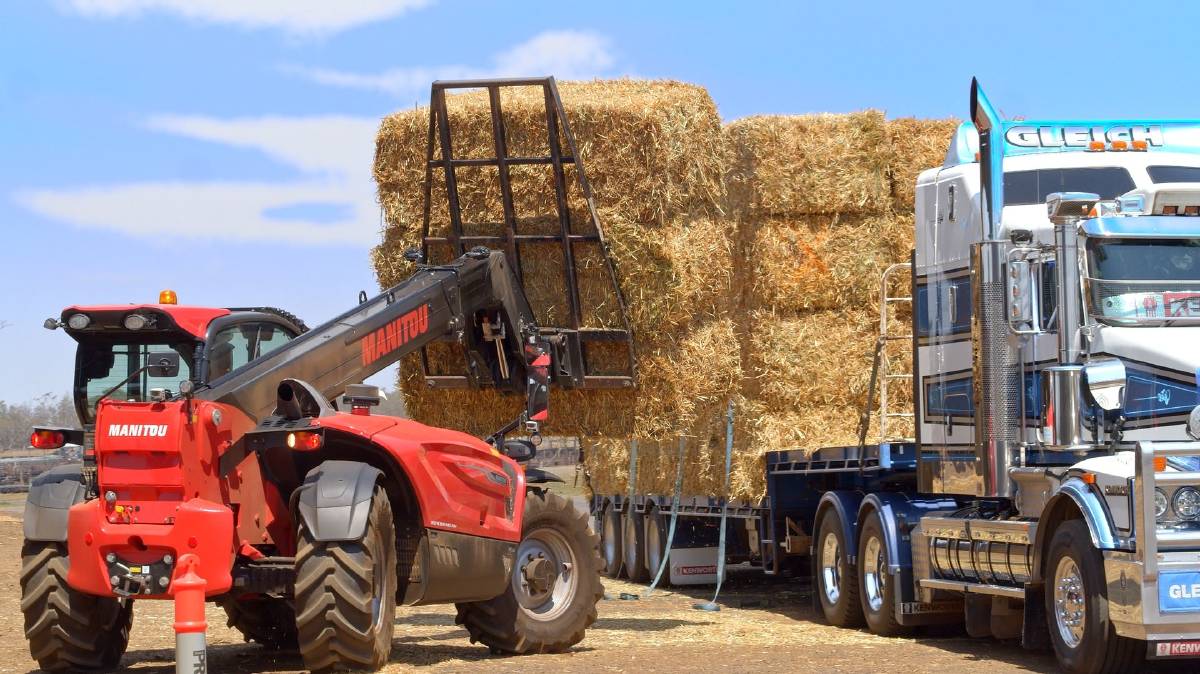 With a promising season in full swing, an eye on the weather, and a global pandemic impacting the availability and movement of workers across the country, there has never been a better time to take a day to focus on safety across the fodder supply chain.

"Often complacency and fatigue result in accidents and deaths on our farms so this busy period is the perfect time to stop and think about safety," AFIA chief executive officer Paula Fitzgerald said.

"During these busy months we also need to be mindful that sufficient time has been spent inducting new staff, particularly those unfamiliar with the farm's operations.

Strong supporters of National Hay Safe Day, Safe Ag Systems CEO, Katy Landt said we are reminded of industry statistics all the time, and that the statistics represent real people.

"We believe everyone deserves to go home safe, and we are proud to play our part in National Hay Safe Day," she said.

"Although every day should be Hay Safe, if we can impact safety culture through educational resources, we can contribute to a positive movement in agriculture."

A 2018 report by Safe Work Australia indicated that on average, the agriculture industry ranked second in terms of fatality rate, accounted for the highest number of fatalities over the last five years; and ranked third in terms of the frequency rate of serious claims.

"Clearly we must focus on reducing fatalities and serious accidents in our sector," Ms Fitzgerald said.

"National Hay Safe Day is a valuable reminder that safety is non-negotiable in the fodder and broader agriculture sector."

National Hay Safe Day is an initiative which arose from a tragic on-farm accident more than a decade ago.

After losing her father, AFIA member and director Suzanne Woods, a Western Australian hay grower, started the awareness campaign which has evolved into what it is today.

Feed Central is also playing its part in Hay Safety Day 2021 with the release of a new video and poster that walks people through the safe delivery, unloading and storing of hay.

Feed Central general manager Cieran Maxwell said the video focuses on the safe movement and receival of hay with important safety tips on unloading, stacking and storing of hay.

"There are a number of people injured or killed every year from incidents with hay bales," he said.

"Forgetting or even letting some of the basic safety essentials slip can cause devastating results.

"Young families with children need to treat a haystack like a swimming pool; you have to be safe around it."

This era of high-density balers and heavier bales increases the importance of safety full stop.

"With high-density bales now consistently ranging between 550-750 kilos, if a bale falls on you from any height, you're unlikely going to survive," he said.

"It's an area of concern. Any movement of hay bales is risky but when dealing with multiple bales coming off trucks, everyone in the vicinity is further exposed to a higher risk," he said.

"If stacks aren't made right, falling bales can be extremely dangerous, in this video we talk about getting it right from the start and from the ground up," he said.

He added that the "look up and live" message about power lines could equally apply to a shed with hay bale stacks.

Mr Maxwell said the more solid bales are made, the safer they are to work with, but that of course relies on the consistency of quality, well-shaped, tight bales.

The poster and hay safety video will be available for free on Monday, October 25 on the Feed Central website: feedcentral.com.au/hay-safety-day-2021.

Stockyard Beef and Manitou Australia partnered with Feed Central to make the video which was filmed at the Kerwee Feedlot.