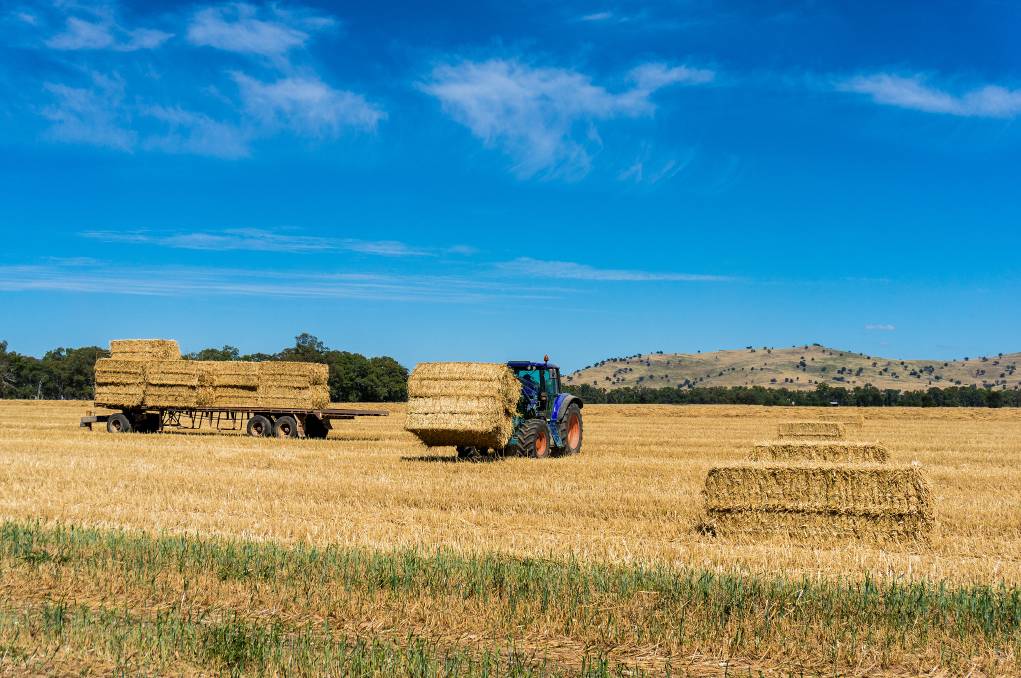 Buyers are being urged to secure quality hay while it's available. Photo: Shutterstock/Olga Kashubin.

Buyers urged to secure quality product while it's available.

Australian hay production is tipped to be down 40-50 per cent but demand is predicted to fall by at least that much, signalling a return more normal trading conditions, according to Feed Central.

The Feed Central November market report said there wasn't an undersupply of hay despite the drop in production, but buyers needed to secure quality product while it's available as they normally would.

The report warns that quality is likely to be a concern again this year.

Feed Central general manager Cieran Maxwell described the drop in demand as "the elephant in the room", leading to a possible return to normality of demand versus supply.

"Good quality hay is around, as we are seeing through our quality assurance system, but despite favourable grazing conditions buyers are still in the market," he said.

Production has been impacted by extreme weather and continued rain over the past month, with more forecasted. This is very much a 'watch this space closely'.

Mr Maxwell said straw supply is bountiful if producers are willing to accept the prices being offered, but cereal hay supply is down with high grain prices and limited opportunities to bale due to rain leading to many cereal crops going through to grain.

Lucerne is "growing like wildflowers" this season but early Vetch is looking to be as bad if not worse than last season, although those cutting later will bring more quality.

Mr Maxwell said demand could be perceived as sluggish, but those who know that quality will be limited are now in the market.

On the lot feeding front alternative by-product roughage such as almond hulls and cotton hulls are firmly in the picture this season, once again placing price competitive pressure on straw.