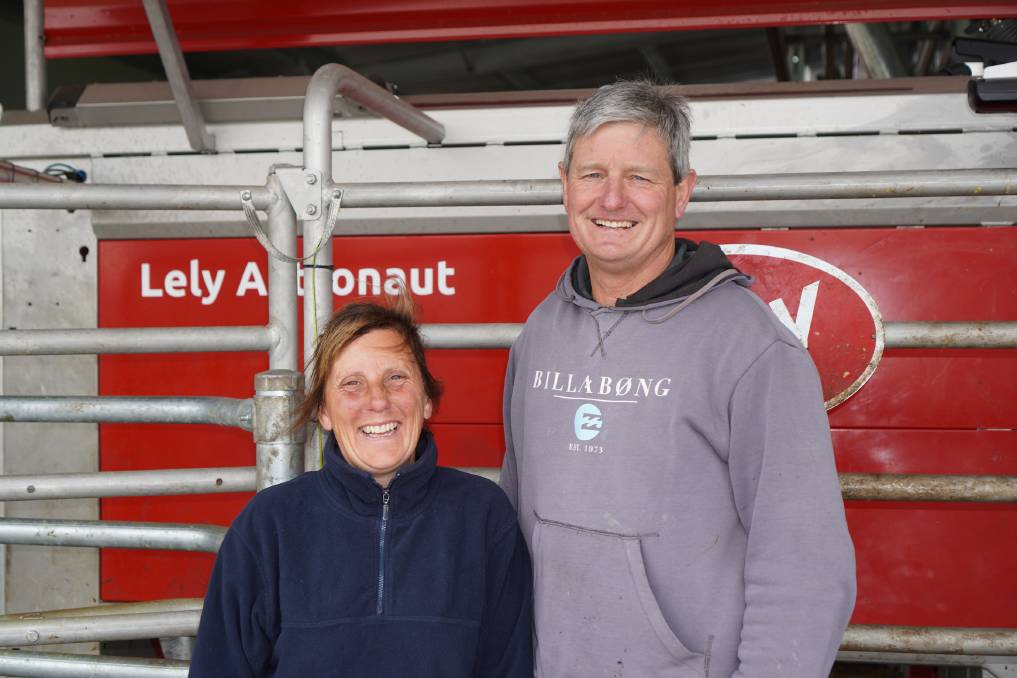 Leesa and Grant Williams in front of one of their newly installed robots on their farm. The robots have replaced a rotary dairy.

Researchers warn operators they must still be efficient pasture, herd and business managers to achieve good results - regardless of the milking system.

Economic research into automatic milking systems (AMS) in Australia has proven the technology can stack up against conventional dairy farming.

But researchers warned operators must still be efficient pasture, herd and business managers to achieve good results - regardless of the milking system.

The study that monitored 19 Australian AMS farms for the past five years also identified profitability gains within automatic milking systems by increasing the amount of milk harvested per robot.

This comes as long-time AMS farmers, Grant and Leesa Williams from West Gippsland, whose financial and physical data contributed to the Milking Edge AMS project, have begun converting their second dairy, a 25-year-old rotary, to an AMS.

"But once we got the cows trained to the AMS system, production was very similar, if not slightly ahead."

The Williamses milk 600 cows across two dairies at Hallora, VIc, with their daughter and son-in-law Lauren and Andrew Dobie and assistance from son James, who works off-farm. 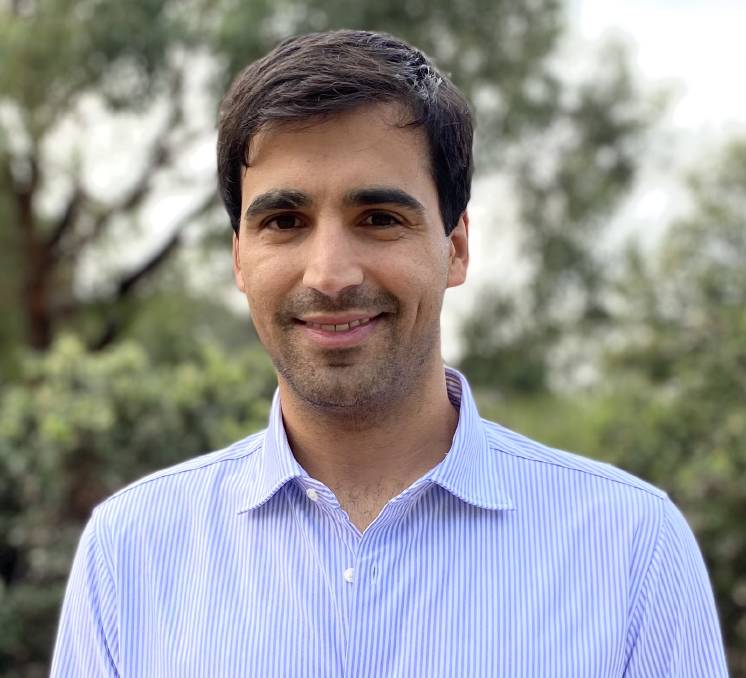 University of Sydney PhD student Juan Gargiulo has identified the physical factors associated with profitability and productivity of pasture-based AMS.

During 2019-20 - with a good farmgate milk price and season - they recorded a 6.6 per cent return on total assets (ROTA) for the AMS farm and 7.2pc for their conventional milking system (CMS). These returns are both above the average ROTA for farms within the Gippsland Dairy Farm Monitor project.

Wanting to keep the farms as a family operation, without the need for outside labour, contributed to their decision to convert the rotary shed to a second AMS.

Grant said solar panels feeding energy to the AMS helped trim higher electricity costs due to milking throughout the day with peak power. He said renewables worked well with AMS. The Williams family was also prepared for the additional repairs and maintenance expenses with the AMS.

Milking Edge is an Australian dairy industry project delivered by NSW Department of Primary Industries in collaboration with Dairy Australia and DeLaval.

It started in 2018, and one of the first aims was to get a better understanding of the physical and financial performance of AMS, as most of the previous work available was from overseas and did not reflect pasture-based farms such as those in Australia.

Grant is the Milking Edge Steering Group chair and he's "proud" of the research progress since he and Leesa installed their first AMS in 2009.

"Now, when a farmer comes to make a very large financial decision there is more information, research and accurate data available to them," he said.

"Through this work and the extension, there's really good guidance for not only newcomers choosing to install AMS but also those who have been utilising the technology for many years." 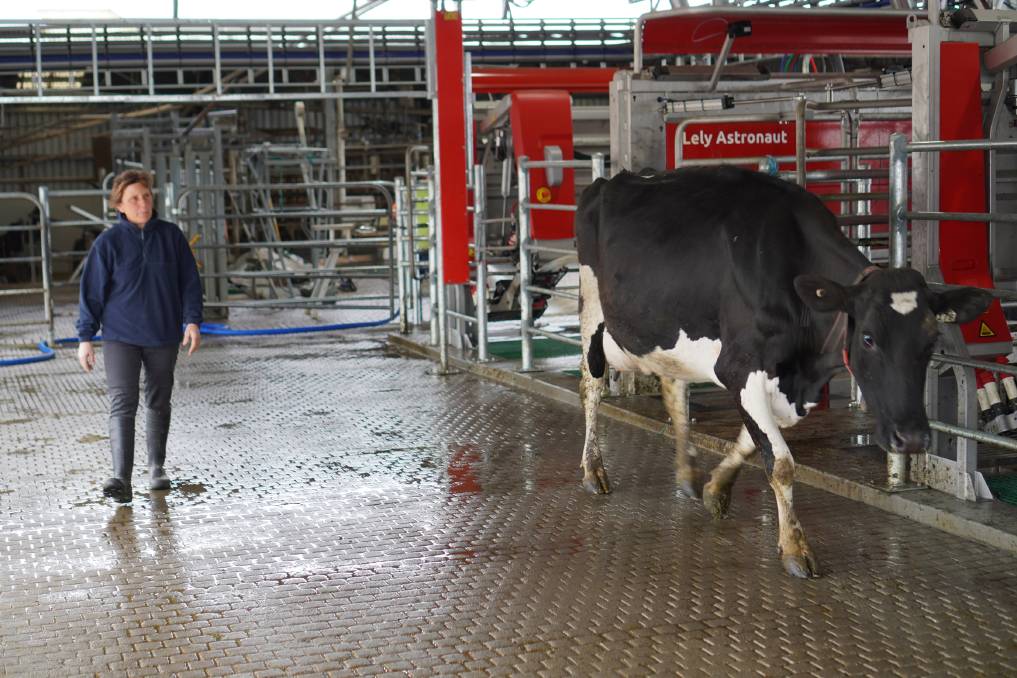 Leesa Williams walks a newly calved cow through its first milking experience in the robots. Leesa's quiet manner is great for the cows adapting to robotic milking.

The Milking Edge project found key farm business metrics such as milk production per cow and hectare, pasture utilised per hectare and milk solids per full-time equivalent employee were, on average, mostly similar in AMS and CMS.

But they also found a big range within AMS farms. The average ROTA across the 10 Australian pasture-based farms that participated in 2019-20 was 2.5pc. The range was -3.7pc to 9.7pc.

That same year the average ROTA for Victorian (DFMP) businesses was 5.4pc, NSW (DFMP) was 2.7pc and Tasmania (DFMP) was 8.7pc.

Gippsland consultant Dan Armstrong worked with the Williams family as part of the project and said their data showed a "well-managed" AMS system could be a good investment option.

"Accessing labour has become a bigger challenge, and the capital costs of an AMS compared to a conventional dairy has narrowed a bit over time," he said.

"It's an option that can be considered if your motivation is both lifestyle and profit, and there's people where it is a really good fit, for example, the smaller to medium size family farm, perhaps where they love dairying but are physically worn-out by it." 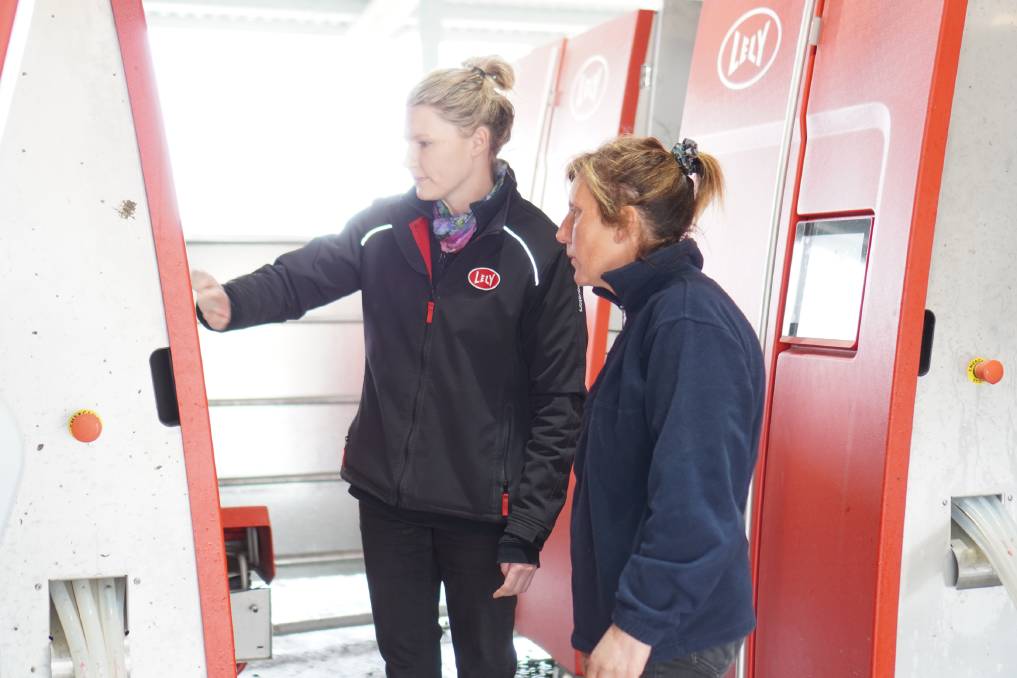 Casey Parker, from Lely, who provides software support to farmers and helps during the commissioning of the robots, and Leesa Williams adjusts robot settings.

Mr Armstrong said initial concerns about potential lower pasture utilisation for AMS operations were unfounded, provided best practice management was applied. He pointed to Grant and Leesa's 9 tonnes DM/ha consumed across both farms for most of the project.

He said those considering investing in AMS must have someone within their business who is capable of understanding and using the data generated by the technology.

"With AMS your days shift from having a lot of physical contact with the herd to using data and reports to identify issues and make better informed decisions," Mr Armstrong said.

Milking Edge also found depreciation was higher for AMS systems, but in some cases, it could be outweighed by labour savings.

In the AMS study, depreciation wasn't treated as a cash cost, consistent with the Dairy Farm Monitor project, rather it was a nominal figure that must be budgeted each year to eventually replace the AMS. It was assumed the AMS would last 14 years.

University of Sydney PhD student Juan Gargiulo used the Australian AMS and CMS datasets and added them to AMS data from Ireland, New Zealand and Chile to identify the physical factors associated with profitability and productivity of pasture-based AMS.

He identified milk harvested per robot and total labour (full-time equivalent) on farm as the two main factors associated with profitability in pasture-based AMS.

The study revealed that lifting the number of cows per robot was the main way of increasing milk harvested and therefore profitability of pasture-based AMS farms.

For example, the current Australian average is 54 cows per robot but the 25pc highest performing farms in the study averaged about 70 cows per robot.

Increasing the number of cows milk per robot - a higher stocking rate system - isn't as simple as adding extra cows, those aiming for this mark must run an efficient and optimised AMS system.

A web-based decision-support tool, based on this work, is now available for farmers and their advisers either considering investing in AMS or those already operating AMS (see box story).

The tool allows them to better understand, plan and optimise the performance of the AMS system.

The tool can be accessed at https://bit.ly/MilkingEdgeAMSTool.

The modules can be accessed at https://bit.ly/milkingedgemodules.