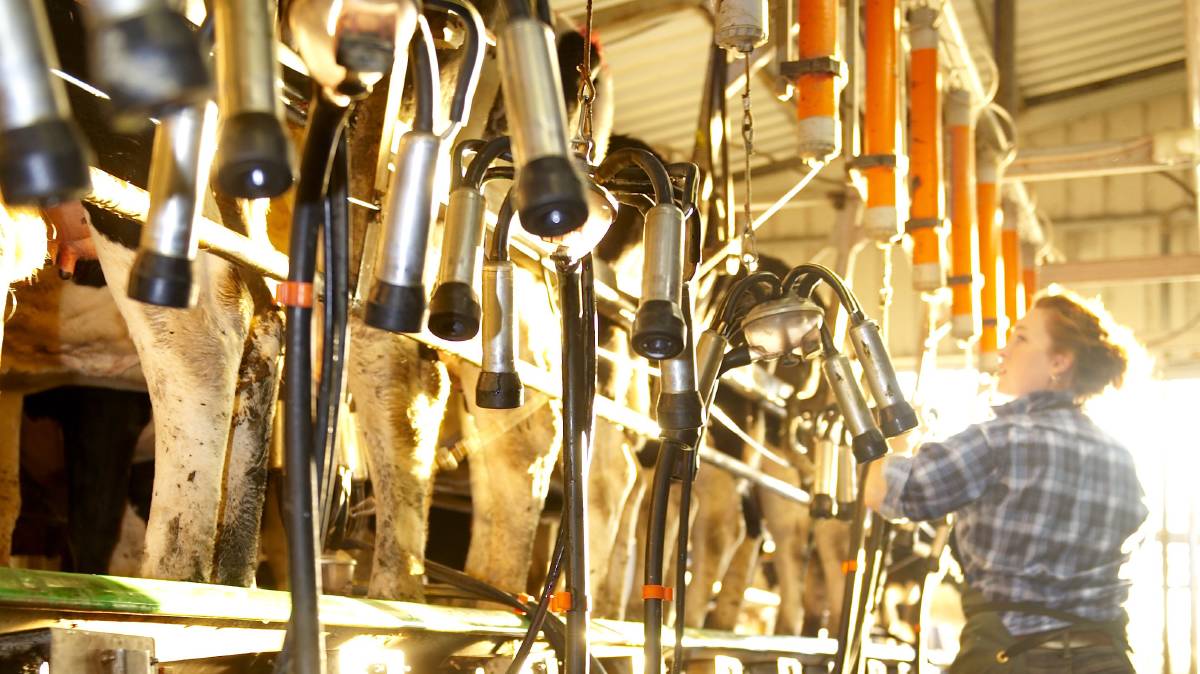 NEW DAY: The dairy industry begins each day with people on more than 5500 individual farms sending milk off to be processed.

The Australian dairy industry is facing fights on many fronts – from tough seasonal conditions causing a spike in input costs to pressure from the European Union about dairy product names.

The dairy industry is in the fight of our lives on a number of fronts.

While the drought continues, fodder and water are trading at record or near record prices.

For irrigators in northern Victoria, where the average price for water in February was $499 per megalitre, this is nothing short of a catastrophe. That's a $79/ML increase since the month before and 420 per cent higher than it was a year ago.

The current situation is untenable and must be addressed before we lose more farmers.

On a broader scale, I was in Canberra last week for the start of third round negotiations between Australia and the European Union over a new free trade agreement.

The EU is continuing to drive a hard bargain by pushing for the inclusion of geographical indications (GIs) in the agreement, banning Australian dairy manufacturers from using product names, such as parmesan and fetta, that have a connection with EU countries.

If the federal government caves to this demand, the dairy industry faces losing 22,000 tonnes of cheese varieties with an annual value of production worth more than $180 million and export sales averaging more than $55 million.

Even more worryingly, if Brussels succeeds in forcing us to extend GIs to capture packaging that evokes EU regions, a further 45,000 tonnes of local cheese production will be affected, averaging $300 million in domestic and export sales per year.

This is truly alarming for our industry, which is still the third largest agricultural industry in Australia.

And if we are serious about growing the Australian dairy industry, we must also work constructively to solve the industry's skilled labour shortage.

After scrapping the sub-class 457 visa last year and replacing it with a Temporary Skills Shortage (TSS) visa, which blocked a pathway to permanent residency for skilled migrants looking for work on dairy farms, the federal government has now brought us a step closer to securing a permanent skilled workforce.

Under changes to the Australian Skilled Occupation List, high level dairy farm managers who have responsibility for overseeing farming operations are eligible for TSS visa entry to Australia for up to four years with the possibility of renewal and permanent residency via the 187 visa.

This outcome is good news for farm owners. The experience of regional communities around Australia is that migrant farmers not only fill labour shortages, but also bring new technological insights gained overseas to apply to Australian farming and revitalise local communities.

The industry has also achieved a victory in breaking the back of the despicable discount milk marketing ploy that has dogged us for eight long years.

Woolworths, Coles, ALDI and Costco have all raised the price of their cheap milk by 10 cents, with the increase going back to farmers. IGA is slowly following.

There is no denying that this is a great outcome, but while some producers have gained substantially from this initiative, most farmers won't receive much benefit.

It at least sets the stage for a larger conversation around the value of the entire dairy cabinet, but it is vital that all dairy farmers receive a fairer return for their hard work.

But while we speak about the industry, we must remember that it begins each day with people on more than 5500 individual farms sending milk off to be processed.

Every dairy farm relies on the commitment, enthusiasm, and hard work of these people for success.

However, I know from my own experience that dairy farming can be tough, and sometimes you have to reach deep for the commitment to get to the day's end.

But I also know from experience that it is important to never think you are alone when there is uncertainty.

I count myself fortunate that I reached out, shared problems and talked issues through. I encourage anyone who finds themselves in a tough spot to do the same.

Even more important is for each of us to open the conversation with someone who might be in that position.