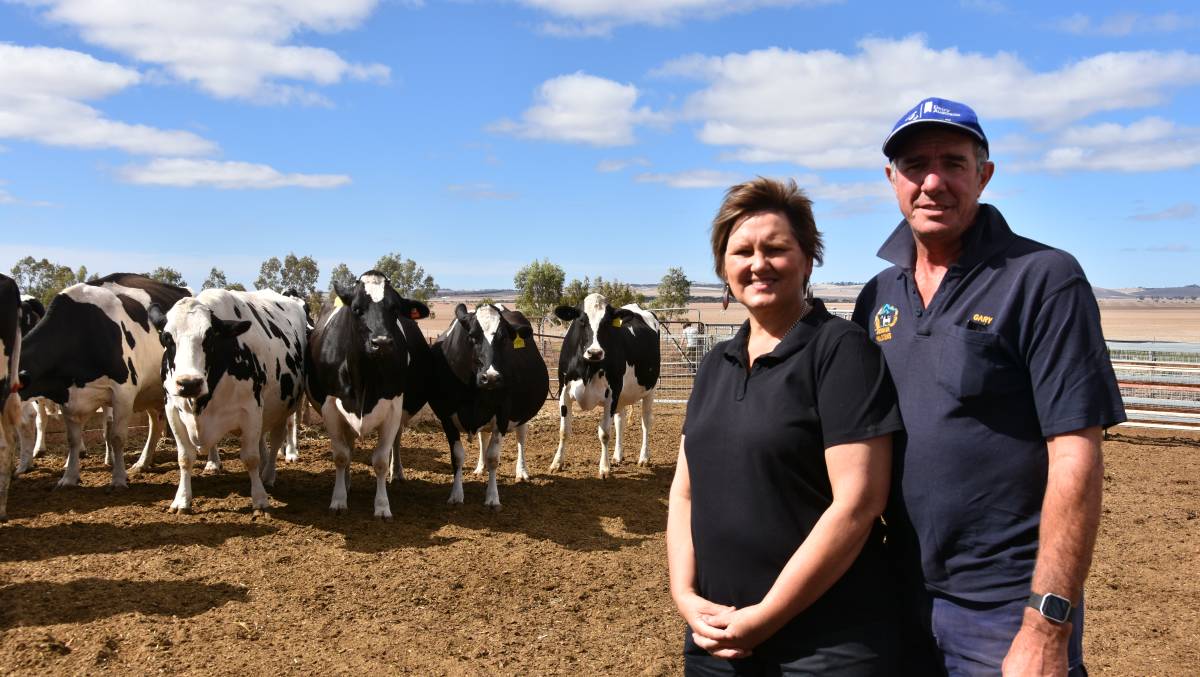 HIGH STANDARDS: Ros and Gary Zweck, Blyth, have been included among the top 5pc of milk producers for quality.

From selling milk 'out of the can' in the 1970s, to producing a direct milk supply of 2.1 million litres of grade one-level milk nearly 50 years on, Gary and Ros Zweck and their son Justin have set high standards.

From selling milk 'out of the can' in the 1970s, to producing a direct milk supply of 2.1 million litres of grade one-level milk nearly 50 years on, Gary and Ros Zweck and their son Justin have set high standards.

The Zwecks have been listed in the top 5 per cent of producers in the 2019 Australian Milk Quality Awards - the only SA farmers to make the list.

With an annual rainfall of just 350 millimetres and no irrigation, the Zwecks have had to 'work smarter' to achieve this success.

"We've undoubtedly made some fairly dramatic improvements to our practices compared to how we were operating a couple of years ago," Gary said.

Maintaining high milk quality does not come without its challenges, particularly following a significant rain event in early June.

"There was a lot more moisture around, which created a small spike in the cell count, but we've managed to keep it under control," Gary said.

Their total mixed ration feed pad system presents unique challenges around controlling cell counts and mastitis, which are offset by keeping the loafing area surfaces as dry as possible.

The Zwecks recently upgraded their feed lane by laying rubble mixed with cement dust to give it a firmer base, to reduce the impact of wet weather.

On a daily basis, Gary cultivates the cow pens with a small linkage cultivator which breaks up and mixes the fresh manure with the old composted manure, helping to break it down faster.

"This ensures that our cows can loaf comfortably on the drier surface, reducing contact with wet manure," Gary said.

"Not only has this driven the milk quality higher but it has had the two-fold effect of reducing our vet bills for mastitis treatment, and with less culls over time."

"The course highlighted the strict practices that need to be adhered to in order to reduce mastitis," Gary said.

"This includes wearing gloves, washing and drying teats before putting cups on, covering 100pc of every teat with teat disinfectant, and keeping the teats dry for up to an hour after leaving the shed."

The Zwecks ensure there is feed already on the pad when cows leave the shed, believing stockmanship is vitally important to reducing stress during the milking process.

With a direct milk supply that has strict quality guidelines - only accepting grade one level milk - the Zwecks have plenty of reasons to keep their eyes on the prize.

"We can't afford to take our focus off milk quality, so all our decisions drive that outcome," Gary said.

When it comes to advice for others, Gary is a strong advocate of herd testing as an important driver of any dairy farm.

"Herd testing is the key to knowing what your cows are achieving and where they sit within the herd, simplifying all the decision making," Gary said.

Gary is excited about the future and the potential for leveraging the data available to farmers' fingertips.

"There's so much more we can do with herd testing, there's really no limit to the possibilities," he said.

"You can't achieve an award like this without focus across the year on milk quality," he said.

"For many farmers, it reflects dedication over many years to get to this level.

"These awards recognise the quality and safety of Australian milk that all farmers should take pride in."