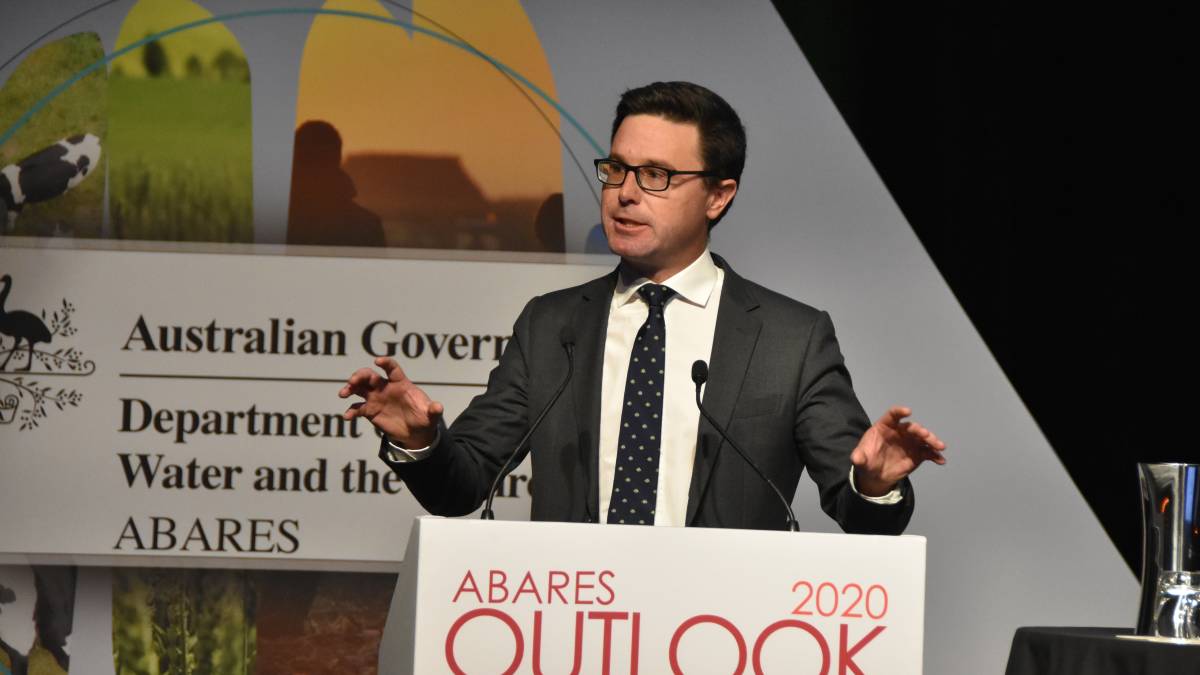 More dams, paying farmers for their environmental stewardship, and making the nation the world number one research and development.

"It's not our first rodeo and it won't be our last," Mr Littleproud said.

"We should be proud and loud about what we've achieved in the face of some of the most horrendous conditions this country's agriculture sector has faced."

His first priority is "digging some holes".

While the power to build dams lies with the state governments, Mr Littleproud said the federal government were "leading the way with a cheque".

"But we need the states to work with us, so we're putting our hand up. Because if we build that infrastructure, we not just build the resilience, we build regional and rural Australia."

Mr Littleproud is pushing hard financially reward farmers for stewardship of their land and their carbon abatement. It's a pet project of Mr Littleproud, who says it would open up a new income stream for all farmers.

The Ag Minister also wants to take it a step further, creating a accreditation for farmers reaching biodiversity standards, allowing them to tap into the growing conscious consumer market.

"If you produce beef, grain or sugar in this country, and you've reached that biodiversity standard, you should have a seal that is internationally and nationally recognised that demands a higher price," Mr Littleproud said.

"No one is doing this, so we can either lead the world or try to catch up."

He told the department he expects on his desk by the end of the year - "we're not messing around".

Mr Littleproud wants to make research and development" another pillar of agriculture", and become the world number one by 2030.

"We are number 20 in the world for research and development, and science technology," Mr Littleproud said.

"Now, we have the same number of researchers in the United States and the Netherlands, and they're numbers four and six in the world.

Research and development will provide new jobs in agriculture, which can "bring our young people home"..

"Not everyone has the ability to get back on the farm, but they have an ability to have a career and lifestyle and bring them home to regional and rural Australia.