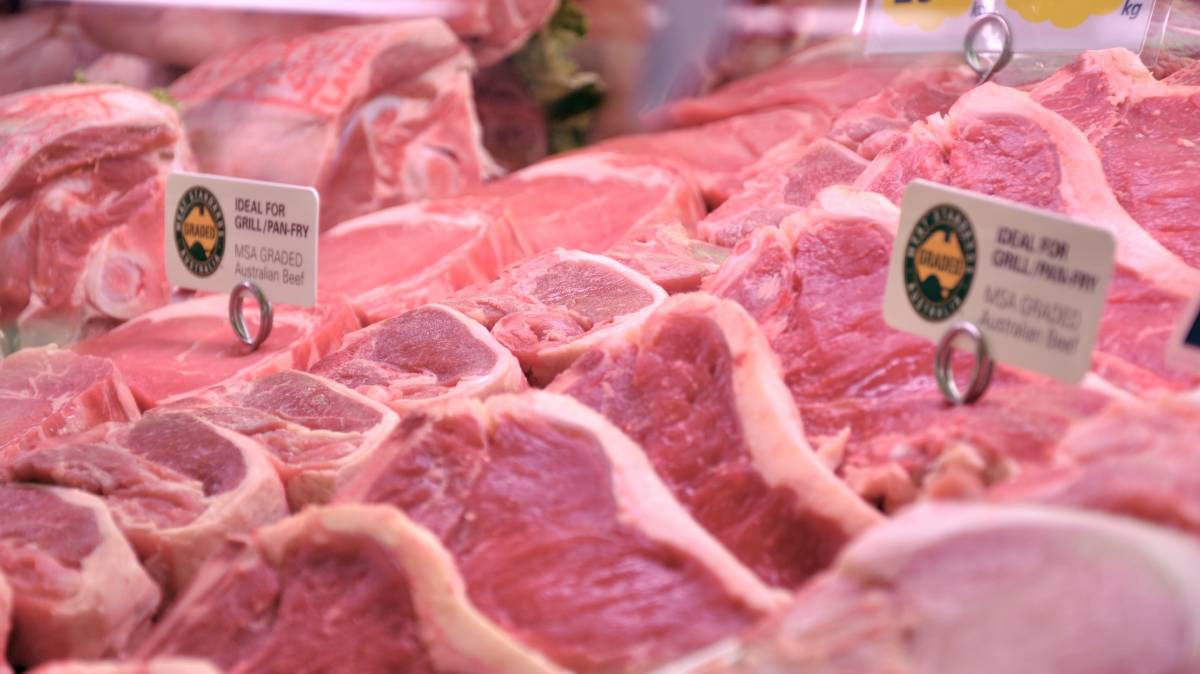 A record-breaking 3.8 million cattle were graded through Meat Standards Australia in 2019-20.

A record-breaking 3.8 million cattle were graded through Australia's globally-recognised eating quality grading program, Meat Standards Australia in 2019-20, representing 46 per cent of the national adult cattle slaughter and an increase of 3pc points on the previous year.

It's the highest number of cattle graded in a year since MSA's inception in 1998, according to the 2019-20 MSA Annual Outcomes Report.

By volume, Queensland continued to process the greatest number of MSA graded cattle with 1.8 million head, while SA had the greatest MSA proportion of the state slaughter with 90pc MSA graded.

Victoria showed the greatest growth with an increase of 17pc of cattle being MSA graded.

A total of 64pc of these lambs went into MSA-trademarked brands.

By volume, SA rocessed the greatest number of MSA lambs at 1.7 million head and had the greatest proportion of the state lamb slaughter following MSA pathways at 78pc.

"In 2019-20, the average price differential for young non-feedlot MSA cattle was 27 cents a kilogram hot standard carcase weight, compared to the same non-MSA graded cattle according to over the hook NLRS reports.

"Based on the average carcase weight of 279kg of MSA cattle in 2019-20, MSA beef producers potentially received an estimated $75 a head in additional returns for young, non-grainfed cattle and $35 a head for cattle that met grainfed specifications.

He said the commitment of producers to education and adopting on-farm practices to achieve outstanding eating quality in their livestock saw the national average compliance to MSA minimum requirements for beef lift to 94.4pc, up from 93.8pc in 2018-19.

"This commitment is also reflected in the national MSA Index, which increased to a record 58.03, an increase of 0.55 index points on the previous year.

"This increase in eating quality is commendable given the challenging climatic conditions experienced around Australia over the past 12 months.

"The MSA Index is a single number and standard national measure of the predicted eating quality of a carcase.

"It provides meaningful producer feedback to benchmark performance and reflects the on-farm impacts on eating quality."

Mr Packer said the benefits of the MSA program continued to attract producers, with 2900 beef and sheepmeat producers becoming MSA registered in 2019-20.

He said the Eating Quality Graded (EQG) cipher, released in 2017 to provide brand owners with an opportunity to market product according to consumer eating quality outcomes as an alternative to dentition-based ciphers, had continued to have strong adoption.

"As of June 2020, brand owners and processors that represent 50pc of MSA-graded beef have adopted the EQG cipher within their business for both domestic and international markets," he said.

"More brand owners took the opportunity to utilise the USDA PVP shield on MSA products in the US, taking the total to three supply chains."