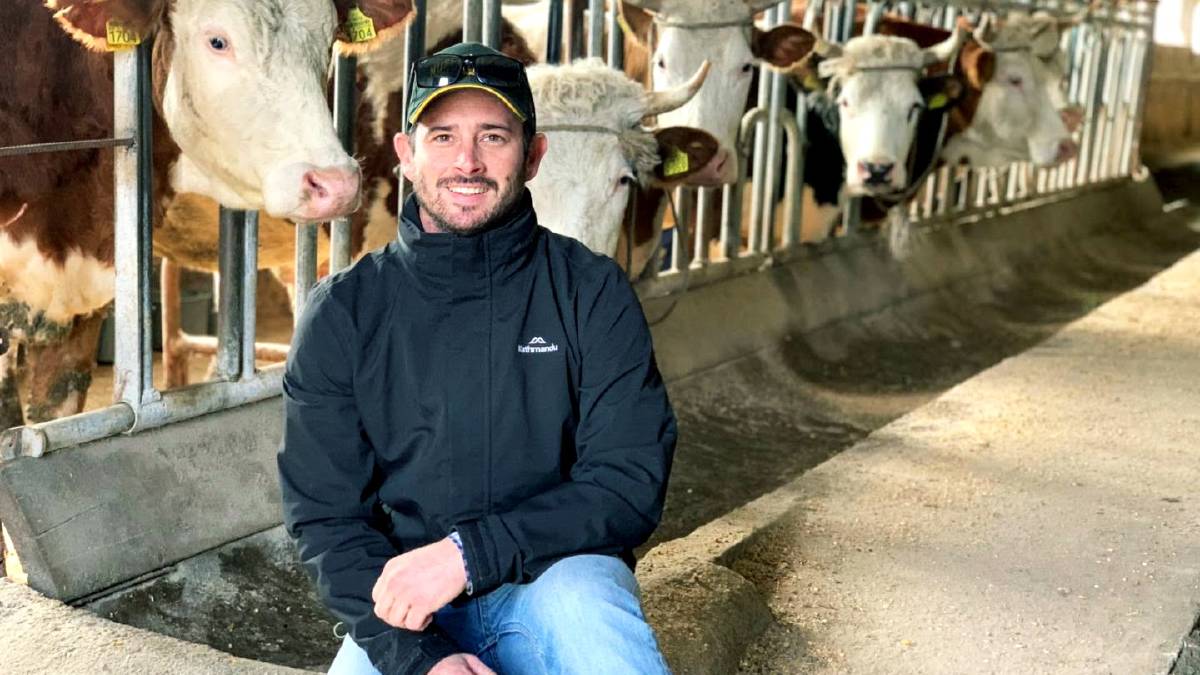 The highly complex nature of Australian supply chains is increasing the knowledge divide between livestock producers and end consumers on animal welfare practices and outcomes, posing significant challenges for the future sustainability and profitability of Australia's beef industry.

That's according to Thomas Green, 2019 Nuffield Scholar and General Manager of Thomas Foods International Feedlot in South Australia, who with support from Rabobank investigated the complexity of animal welfare in livestock production with a focus on the beef feedlot industry.

In his report released today, Mr Green said animal welfare was a highly emotive and subjective topic, with consumers becoming increasingly concerned with how their food is produced.

"Across my Nuffield Scholarship, I visited leading producers and agricultural businesses that have been able to drive high welfare outcomes and greater transparency and public reputations for their enterprises," Mr Green said.

"I visited Cactus Feeders in Texas and Kansas in the United States, a large employee-owned commercial agricultural business that operates ten feedlots and markets over one million grain fed cattle annually.

"This company has become an industry leader, focussing on utilising new technologies to produce protein in a more sustainable and efficient manner which they believe is key to beef remaining an affordable and accessible form of protein.

"Regularly asked to represent the American commercial beef industry, Cactus Feeders are transparent with end consumers and industry by hosting chefs, students, politicians, industry executives and journalists at feedlots to give them an opportunity to see how the beef industry works first-hand."

"These production efficiencies combined with evolving consumer expectations, has resulted in greater questioning around the ethics of the livestock production industry," Mr Green said.

"There is growing recognition of this among livestock producers in Australia's red meat sector, which is creating uncertainty and nervousness around the future sustainability of their own businesses.

"The challenge for industry lies in the growing knowledge gaps on each end of the supply chain and perceptions surrounding a lack of transparency, which is reducing the level of understanding and respect between producer and consumer.

"Australia's livestock industry has struggled to keep abreast of public concern and has been consistently forced to defend current practices rather than spending resources on industry improvements and communicating positive, informative messages to consumers," Mr Green said.

"Traditionally each red meat industry has been primarily concerned with protecting its own interests, rather than building a greater understanding of the role they play in maintaining a sustainable supply chain.

"A more transparent and collaborative approach is needed to move forward with industry reform."

"Throughout summer, cows and calves graze in pasture before being confined through winter to protect the countryside and animals from exposure to the elements. During this period, all needs are met through well-designed facilities and high levels of care from animal attendants."

Australia's feedlot industry is recognised as a leader in Australian agriculture in terms of its proactive quality assurance programs and producer engagement, but Mr Green said an industry is only as sustainable as every stakeholder across the entire supply chain.

"Australian meat is already known for its quality and consistency, and there exists a great platform for producers and industry bodies to build on. It is imperative that we also have a supply chain that all stakeholders can be confident in," Mr Green said.