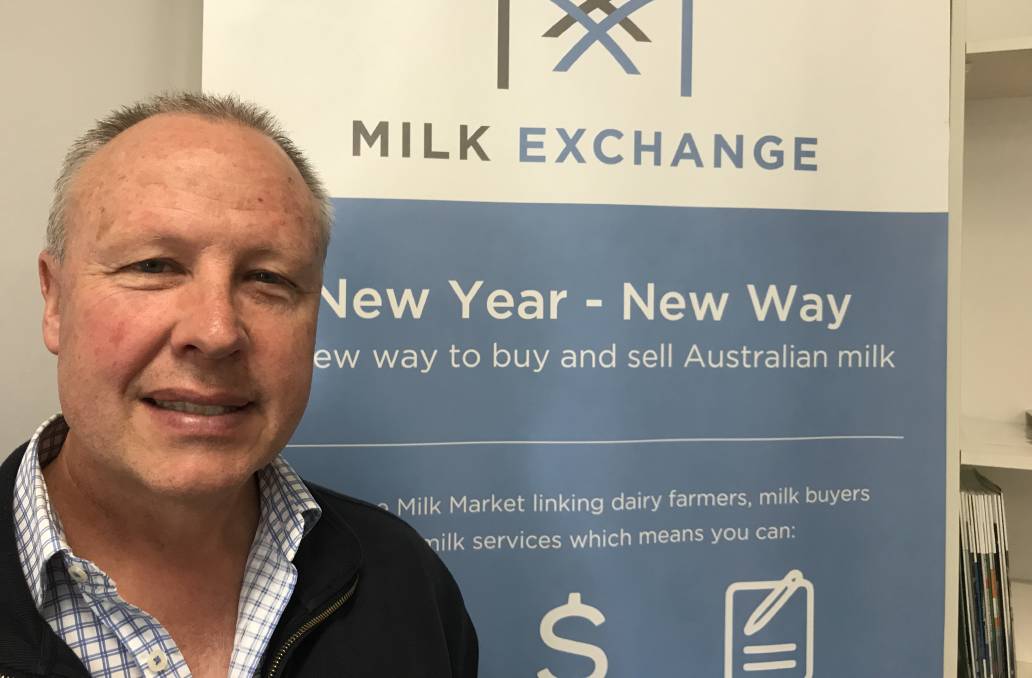 In what may be a world first, the Melbourne based eCommerce trading platform Milk Exchange is to hold an online auction for farm milk on Wednesady.

In what may be a world first, the Melbourne based eCommerce trading platform Milk Exchange is to hold an online auction for farm milk on Wednesday.

The planned auction follows the broadening of the Milk Exchange's online milk trading platform, launched in October 2019, to include a "click to contract" initiative in December last year.

The auction would also set up opportunities for farmers to find buyers in other regions other than their own.

"It will provide milk suppliers greater choice and control for their milk contract for next season," Mr Lange said.

He said he was expecting major milk buyers to participate because it offered them an opportunity to lock away some critical volume early and avoid some of the mad scramble for milk that occurred in June each year.

"This offers a better way to buy and sell milk," he said.

Only buyers and milk suppliers registered to trade can participate in the online auction.

Among the key features of the auction include enabling milk suppliers to nominate a price for Offer to Sell milk.

Milk trading can be anonymous, and suppliers can offer split contracts on the Milk Exchange.

At the conclusion of the event, suppliers will have the opportunity to choose to accept or reject bids.

A standard eContract will be used for transactions that is compliant with the Australian Competition and Consumer Commission's Mandatory Dairy Code of Conduct, which will include a 14-day calling off period.

Buyers and sellers can trade with a simple click to contract process that avoids complicated and protracted negotiations.

"We currently have commitments for a milk pool of more than 100 million litres of 2021-22 milk throughout Victoria, SA, NSW and Queensland," Mr Lange said.

"We will be receiving and assessing volumes within these regions and other regions over the next two weeks."