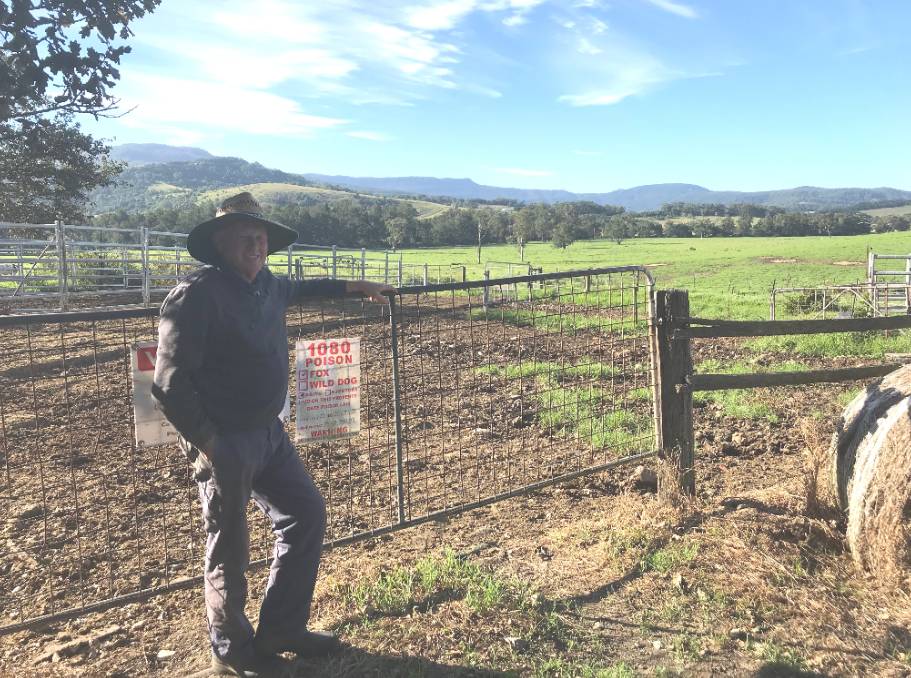 Before Shoalhaven Fox Control started baiting his property, Berry dairy farmer Peter Cullen was losing up to 10 per cent of his dairy calves.

Peter was losing 10 per cent of his herd from abortion caused by a parasite carried by foxes.

Berry dairy farmer, Peter Cullen has reduced the loss of carves in his dairy herd from a deadly microscopic parasite, on his farm, with help of the Shoalhaven Fox Control Program.

Before volunteers from the Shoalhaven Fox Control Program started baiting foxes in 2019 on Peter's farm at Harley Hill in Berry, he was losing up to 10 per cent of his calves to abortion, due to a microscopic parasite known as Neospora caninum.

Now, after 10 months of ongoing fox control on his and some of the adjoining properties, Peter is not losing any calves.

"It was really distressing to see the number of calves that I was losing, but since the fox control efforts that the volunteers have done on my farm it is great to see the lose reduced," Peter said.

Neospora canimum has been identified since the 1970's and studies from Europe have shown that infected cattle are three times more likely to abort than uninfected cows.

Foxes and canines are a major carrier of the Neospora parasite, and pick it up by feeding on the infected tissue of aborted calves or carcasses of cattle that are carriers of the parasite.

In turn the cattle pick up the parasite from the infected foxes faeces that have contaminated the pasture with the parasitic oocysts, which the cows pick up whilst feeding on the infected pasture.

It has been estimated that Neospora infection costs the Australian dairy industry around $85 million a year and the beef industry about $25 million.

It is extremely hard to detect Neospora in a herd, prior to the occurrences of aborted calves, however it is widely accepted by experts that foxes and other candids are the major cause of transmission of the parasite.

It has been estimated that Neospora infection costs the Australian dairy industry around $85 million a year and the beef industry about $25 million.

"The program is working hard to assist farmers like Peter, our volunteers do a really important job at helping to reduce the impact of foxes on agriculture in Shoalhaven," he said.

The Shoalhaven Fox Program is always looking for new volunteers and property owners to come on board and help. All training and equipment is provided and the program works closely with the South East Local Land Services.