DAIRYFARMERS say there will be numerous safety, management and production benefits to flow from the construction of livestock underpasses, which will be given a boost from state government funding. 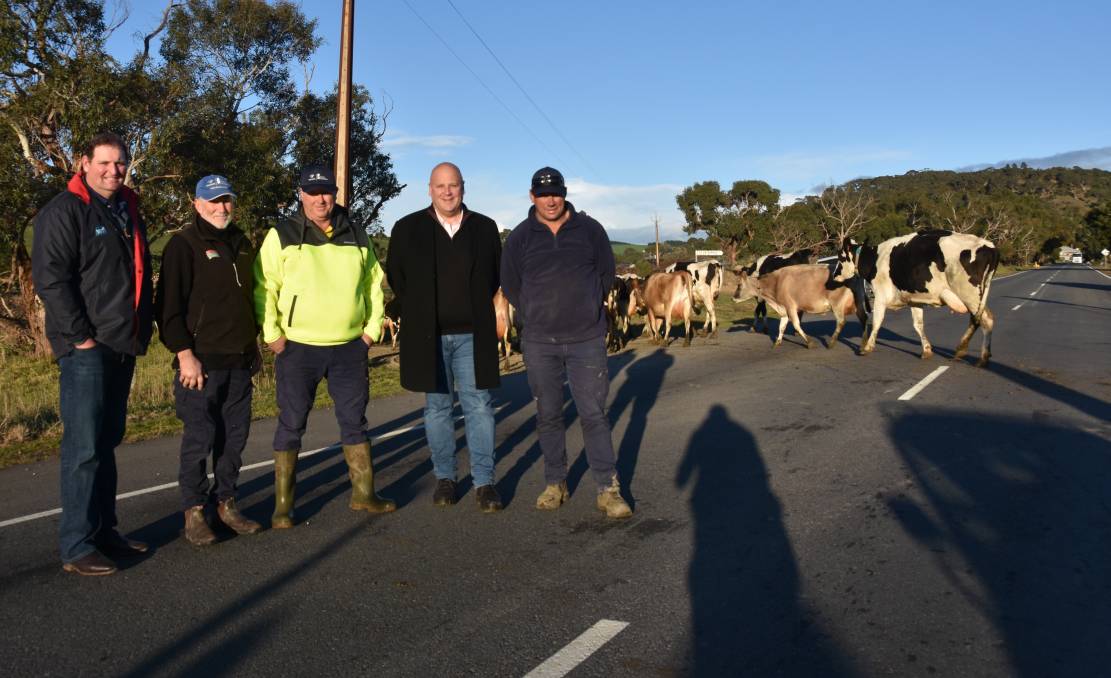 South Australian dairy farmers say there will be numerous safety, management and production benefits to flow from the construction of livestock underpasses, which will be given a boost from state government funding.

On Friday last week, Primary Industries Minister David Basham announced the $3 million Livestock Underpass Scheme, which will provide a 50 per cent reimbursement of up to $70,000 to farmers towards the cost of constructing underpasses beneath public roads to move livestock.

The funding will be available to primary producers, abattoirs and saleyards, with applications opening last on Monday.

Nangkita Hills, SA, dairy farmer Michael Connor said the underpasses - which are prevalent in Victoria and Tas and have been lobbied for by the SA dairy industry for two decades - were not only safer for cows and motorists, but would have major production and management benefits.

"Cows will be able to walk straight to their paddock after milking and not wait," he said.

"They produce a bit less milk because they're not eating while they wait, but you also get cycling issues and the risk of sore feet.

Mr Connor said they would also be able to utilise their grazing paddocks more effectively by having access to an underpass.

"There is lots of benefits to having your cows flowing freely as they want," he said.

"With the use of a tunnel, they can cross for night grazings now so all the farm is open for grazing."

Mount Compass, SA, dairy farmer Perrin Hicks said he would be one of the first to get involved in the program and said a tunnel would be a long-term investment.

"It'll probably cost about $200,000 to build the tunnel, plus laneways and water troughs on at least one side, but I reckon it'd pay off in 10 years or so," he said.

"The way our farm is, it'll actually make our dairy more central to the grazing areas too. Financially, it will be of benefit in the long-term."

In January, Mr Hicks was the first responder to a car accident where he had initially planned to cross cows.

He said a tunnel would not just provide safety, but piece of mind.

"If there had been cow manure or a cow on the road where an accident like that happened you'd feel responsible," he said.

"There's a corner near where I want to cross cows so there's no real safe spot to cross at the moment."

Mr Basham said construction companies engaged by farmers to build the tunnels would be required to have their plans ticked off by local councils and relevant departments.

"Grants for farmers to build livestock underpasses has been successfully done interstate and it is pleasing to be able to deliver for the dairy industry, which has been championing this program for many years," he said.

"Livestock underpasses remove the need for farmers to herd livestock across roads to access facilities such as dairies, as well as eliminating traffic delays and reducing the risk of road accidents and damage to road surfaces.

"This means a safer working environment for the livestock industry as well as for families driving through agricultural areas.

"Underpasses also improve farm productivity by allowing freer movement of stock, reducing the time livestock spend off pasture waiting to be herded across roads and minimising pugging at gates."

"The safe movement of livestock across roads has been a serious issue for the industry for many years and we expect these grants to be well utilised," he said.

"SA dairy is uniquely poised to carve out a niche in the global marketplace by placing itself at the front of the premium market and it is initiatives such as this grant program that will create efficiencies and help us compete on a world stage."