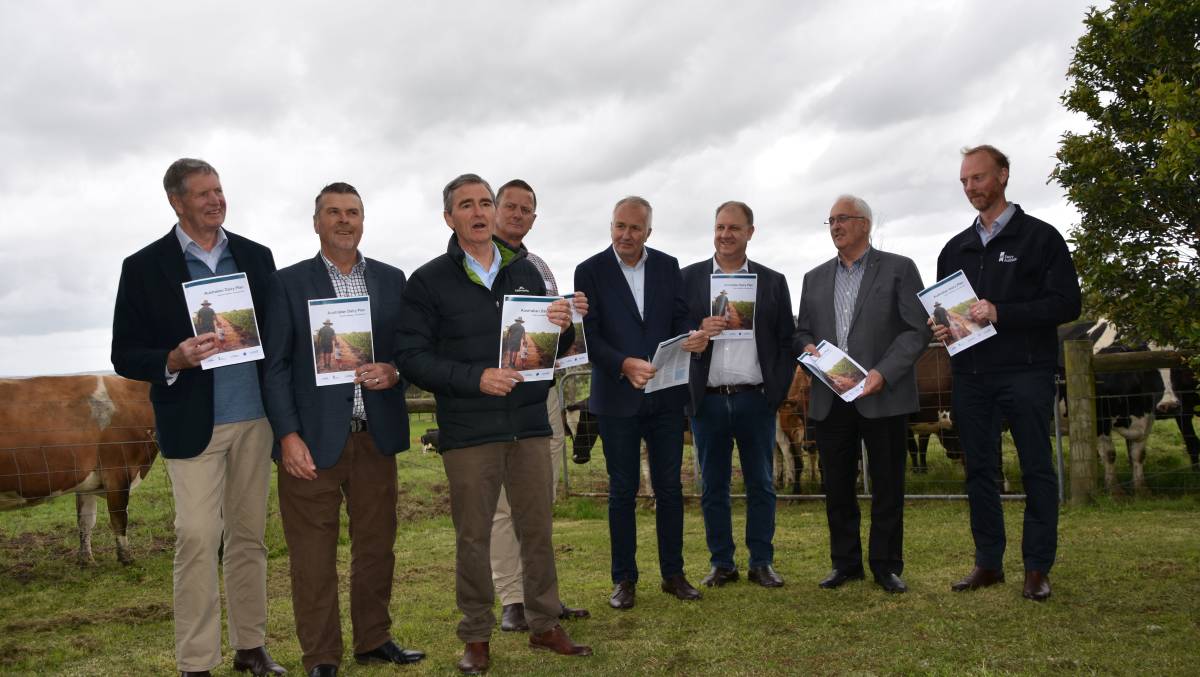 The plan says lifting profitability, along with increased industry confidence and unity, will allow an extra one billion litres of milk to be produced in Australia by 2024-25.

The plan also commits to a new industry structure, but details on this will be released separately and will be put to a vote in early 2021.

But the plan does not provide details on that vote - other than to say it will be a vote of all industry signatories and stakeholders.

The plan says the new industry organisation will be operating effectively by the end of 2022.

The Australian Dairy Plan process was launched in 2018 as the dairy industry grappled with the fallout from the milk price crash in 2016.

But its proposed reform of industry organisations has been contentious, with some farmer groups denouncing the proposal to include processors in a new organisation.

"For farmers, it is vital that their hard work results in appropriate reward," he said.

"The plan has a strong focus on providing farmers with the services and tools to achieve consistent profitability in an increasingly challenging operating environment.

"For processing companies, the plan lays out a program of activities that will help to rebuild milk supply.

"There's a recognition of the need to rebuild trust with farmers and of the opportunities for the industry to collaborate in activities like industry marketing to promote the value of dairy and reasons to consume.

"For dairy communities, the plan provides certainty that the industry is committed to pulling together and overcoming the issues of recent times and offering long-term, high-quality employment opportunities."

Unlike previous plans, the focus was on the drivers of business success, not growth targets,

The final plan differs from the draft released last year in setting firm targets for the drivers of success.

The first is around farm profitability.

It sets a target of more than 50 per cent of farms achieving an average five-year profit (earnings before interest and tax) of at least $1.50 per kilogram milk solids.

The plan says this target would mean most farms would achieve a return on total assets of at least 5pc, allowing the business to pay finance and lease costs.

Currently only 22pc of monitored farms achieved this profit level and the average is $0.66/kg MS.

It sets a target of more than 75pc of farmers and processors being confident about the future - up from current levels of 44pc of farms and 75pc of processors.

Greater unity will be a big challenge.

The target is 75pc of farms and processors being positive about industry unity - up from current levels of 34pc for farmers and 30pc of processors.

The plan, like the draft, sets five key commitments:

Mr Brumby said the focus was now on implementation.

"The partner organisations are locked into delivering on the plan's commitments and there will be regular updates on this progress," he said.

"This is a good plan that can make a real difference and I encourage everyone to get behind it."

The committee will use this and information from other sources, such as industry surveys, to produce an update report every six months and a detailed annual report.

This progress and performance monitoring and reporting was to ensure the plan did not sit on the shelf.

What the contributing organisations ​say

"Key amongst these are initiatives to promote Australian dairy as wholesome and nutritious, reinforce the role of dairy in an everyday healthy and balanced diet, and influence key opinion leaders on the value of dairy," he said.

"The processing sector is committed to providing increased transparency around farmgate milk prices and the value of milk, and the introduction of a new Milk Value Portal has been designed for that purpose," he said.

"The plan puts forward a range of tools and services that we will make available to farmers," he said.

"One of our priority initiatives is to intensify the roll-out of the Our Farm, Our Plan program.

"Our target is for all dairy farm businesses to have a documented long-term plan and for at least 75pc of dairy farms to be using risk management tools and products within five years."

"This includes ongoing work in research and innovation, policy leadership, market development, capability development, leadership, culture and sustainability, where the industry has recognised expertise," he said.