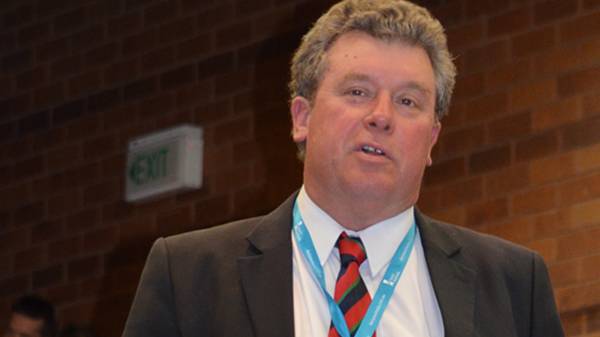 Dissident dairy groups have attacked the Australian Dairy Plan released on Monday, saying it doesn't do enough to reform the industry.

Dissident dairy groups have attacked the Australian Dairy Plan released on Monday, saying it doesn't do enough to reform the industry.

Although most state dairy farming organisations have backed the plan, the Queensland Dairyfarmers' Organisation and two splinter Victorian groups have attacked it.

QDO president Brian Tessmann said that the glaring omission in the plan was the lack of information regarding the radical transformational change required at national and regional levels.

"What was and continues to frustrate grassroots dairy farmers and organisations such as ours is the lack of clarity and commitment on timing around the dairy reform process," he said in his weekly column in Queensland Country Life.

Victorian Farmer Power chief executive officer Garry Kerr said the plan failed to provide any substance or detail on how it would achieve its lofty goals.

"Unfortunately, it seems this is no different than what has been presented before," he said in an opinion piece in Stock & Land.

"The plan as it has been released this week is offering nothing significantly new or different to the talk we've heard over the past two years," he said.

"Many farmers were hoping for clarity around issues such as how any mandatory dairy levy might be used to fund the important issues for dairy currently handled by the cross-commodity organisations such as Queensland Farmers' Federation or NSW Farmers.

"And there is still no clarity on how advocacy will be funded either at a national or regional level as we are told this will be covered by the new committees formed to undertake the dairy reform process."

Mr Tessmann said QDO felt disengaged from the industry reform process, as it did not have representation on any of the dairy plan or dairy reform committees.

But the Australian Dairy Plan's independent chair John Brumby defended the decision to separate industry restructure from the other parts of the plan.

"Experience tells us with industry reform and structure, the worst thing you can do is rush it and think you've got consensus ... and then you get up to the final line and you fall over," he said.

"So they've got to get this right.

"The challenge is how do you create a more effective national organisation that has a strong focus on advocacy ... representing the interests of the industry and policy leadership and at the same time provide the relevant forums and the opportunities at regional level for farmers or stakeholders to have a say."

Mr Tessmann said there was ongoing discontent among its members about research, development and extension aimed at the northern dairy region.

The industry restructure was critical to the overall plan's success

"Without a clear roadmap of who, what, where and how the industry will be reformed, none of the other commitments can be successfully implemented," he said.

A new Victorian splinter group Dairy Farmer Voice has developed its own plan to restructure the industry.

Corporate and dairy human resources consultant Sarah Campbell, who designed the alternative model, said grassroots farmers had been left out of the plan.

"In my experience, successful transformations bring people, like our grassroots farmers, on the journey of the process," she said in an opinion piece in the Weekly Times.

"They must be able to ask the hard questions because this allows the outcome to evolve and for individuals to buy-in and have ownership, which is critical to the success of restructuring our dairy advocacy model.

"I have seen none of this to date in the process of the ADP."

Farmer Power's Mr Kerr said a new structure like that proposed by Ms Campbell, where farmer advocacy bodies and processors were separate, was needed.

"To date, the peak bodies have failed to deliver profitability through every plan they have tried to deliver," he said.

"Now, in 2020, we are being asked to believe this is a magical turning point.

"There is no doubt in our mind - and for many others - that a totally new structure is needed."

But other state dairy farming organisations have thrown their support behind the plan.

"A successful outcome will depend on industry working together to implement and adopt the plan," he said.

"After some years of uncertainty, low farmgate prices and drought for dairy farmers in NSW, it's pleasing to see initiatives to increase profitability and confidence in the industry."

Farmers group president Graham Forbes said he welcomed the desire "to foster and support collaboration between industry stakeholders in the implementation of the dairy plan".

"While further planning and information still needs to be worked through, we look forward to participating in these discussions regarding this future direction," he said

Dairy Connect CEO Shaughn Morgan said that Dairy Connect looked forward to working with the team at the Australian Dairy Plan in the development of a holistic advocacy body.