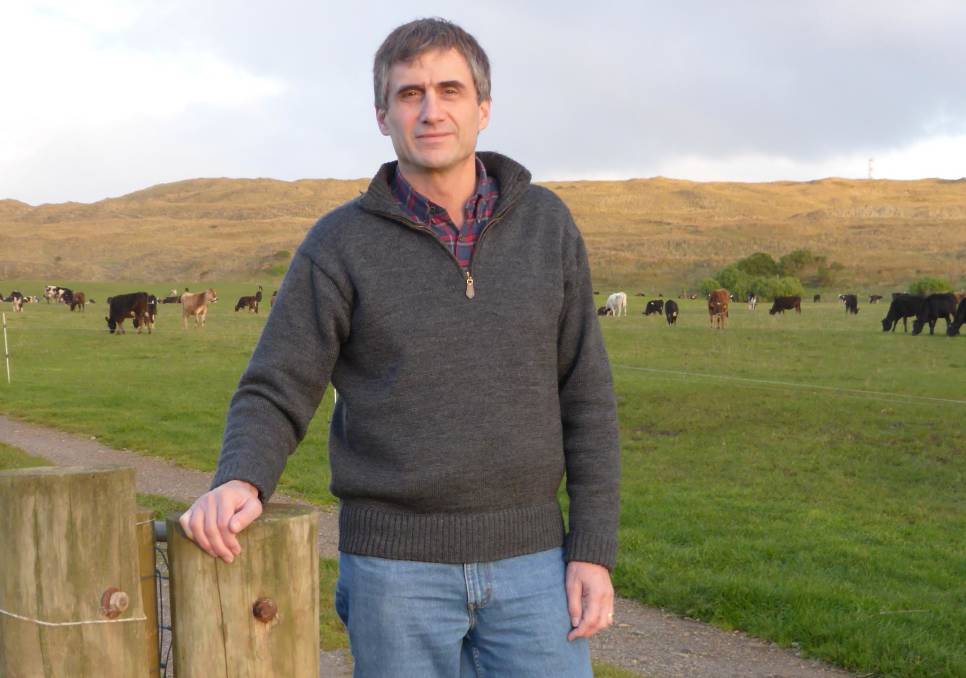 PROFIT TARGET: Dairy Australia board contender David Beca says there needs to be a rethink on the Australian Dairy Plan profitability target.

The plan has set a goal of 50 per cent of farms achieving an EBIT (earnings before interest and tax) per kilogram of milk solids of $1.50.

Mr Beca, who is managing director of Red Sky Agricultural, said return on capital was the only true measure of profitability, and the dairy plan should have set a goal for this, potentially at about 5 per cent.

"This is similar to the average level of profitability in Australia in the period 2000-06 when the industry was competitive with most other countries, despite drought in some regions," he said.

Mr Beca's assessment has been backed by one of Australia's leading farm economists, Professor Bill Malcolm from the University of Melbourne.

Profit was not maximised at the point of highest average margin but at the point where the last unit of output returned just enough to cover the cost to produce it.

"In fact, at that point, the average margin is smaller but your total profit is bigger," he said.

It made no sense to use maximising an average margin as a profitability goal on an individual farm or for an industry.

But one of the dairy plan's architects, Dairy Australia managing director Dr David Nation, defended the choice, saying it was selected in consultation with farm business advisers as one that resonated most with farmers.

The plan's profitability paper identified three measures of profit - EBIT/kg MS, return on total assets and return on equity - but the first was the main goal selected because for farmers it represented how their business was tracking. "For most farm businesses, an EBIT of $1.50/kg MS would result in a return on total assets of 5 per cent," the paper said.

Dr Nation said it also allowed easier comparison across different farms and different regions as return on capital varied significantly, depending on the value of farmland, something that was sometimes not related to the business itself but to external factors.

How to measure profitability

Mr Beca argued a profit target should only be based on return on capital.

"Once a profit target is adopted, it could be devolved into a number of other profit-related ratios," he said.

Mr Beca has developed a spreadsheet tool that converts return on capital to other measures, including EBIT/kg MS (see http://redskyagri.com/page/redsky_53.html).

Table 1 is an example of this tool being used to calculate other measures for typical farms in different Australian states.

It reveals that a 5pc return on capital would generate an EBIT/kg MS ranging from $1.12 on a typical northern Victorian farm to $2.59 on a typical Queensland farm.

The table could also be adjusted for individual farms, logging in different measures, such as milk price, stocking rate and levels of production.

Table 1: How a 5 per cent return on capital converts to other profit indicators on Australian dairy farms

Mr Beca said dairy farm businesses were based on complex biological systems that also made a measure tied to milk production problematic.

"All industries if they want to measure and assess profits and monitor performance need to use return on capital," he said.

"But a production measure is less likely to lead people astray in the grains industry or non-agricultural businesses.

"In these businesses, the primary driver of profit is not the product.

"The primary driver of profit is pasture, and the milk or meat being produced is actually a secondary driver.

Prof Malcolm said return to capital was the only measure of economic efficiency.

The idea of relating an average operating profit to an output measure fundamentally violated the principle of marginal returns.

"If you are using average profit, you will not maximise profit," he said.

No other industry set these types of profit targets.

Prof Malcolm said it was also problematic to use a profit measure per cow.

"Profit has to relate to all the inputs because if you give all the profit to the cows, that profit also belongs to the land capital and the plant capital," he said.

Prof Malcolm did concede that return on capital was not necessarily a big driver for all farmers.

"Farmers are mostly interested in cash flow; if the cash side is good, they think they are doing all right," he said.

But he said as borrowers of capital, farmers were acutely aware of the cost of capital.

Smart farmers focused on three key drivers: cash flow over debt servicing (did they have enough cash left over), profit (is the business any good) and the balance sheet (were they building what they needed to be able to set up their children to go farming).

But Dr Nation said the debate was not an "either/or conversation" because the dairy plan incorporated goals for both EBIT/kg MS and return on total assets.

There were pros and cons of each.

"From an economist perspective, return on capital is a true economic view of our financial performance, so it's very important to economists," he said.

The downside was that it was not as easily used by farmers on a regular basis and it depended on the value of the assets, which made comparisons across regions difficult.

"You can have very different land values and great differences in the perceived value of farming assets," Dr Nation said.

"If there isn't a consistent approach to understanding that and interpreting that, it would lead to an incorrect assessment of the return on assets.

"It would mean you aren't comparing apples with apples."

"It would appear self-evident that to develop a robust profitability paper, that the ADP organisations would want to implement a rigorous process to give the industry every chance of success," he said.

"Agricultural economics is not a widely understood field and even though there have been numerous papers written on this subject, there is much debate in the industry about how farmers should monitor their profitability."

Mr Beca said he was concerned that the profitability paper had not been peer-reviewed by economists from outside of DA, but had been reviewed by farm business consultants who had been involved in delivering DA programs.

"It would have been so straightforward to have requested an Australian publication such as Australasian Agribusiness Journal to have undertaken a review of the paper, and actually received feedback from highly skilled economists to help ensure the dairy industry takes a positive step forward in measuring profitability," he said.

Dr Nation defended the review process, saying the paper was reviewed by a mix of farm management consultants and economists.

"But our focus has been on professionals in this space that are actively advising dairy farmers on measuring and maximising their profit," he said

All three men agreed it was a step forward for the industry to be discussing profit.

Mr Beca said the dairy industry was at a critical juncture after years of reducing profitability and declining levels of milk production.

"I believe most people do support the idea that increasing profitability is an important component of any recovery for the industry, and that setting an achievable target for profitability would be a good first step," he said.

Prof Malcolm said it was good to get a focus on profit.

"Focus on the profitability of owning and farming dairy country is essential and good farmers have always had that," he said.

Dr Nation said he absolutely welcomed debate and discussion around profit and ways to help the industry measure that.

"We're striving amongst quite significant debate between economists ... to define a way forward at an industry level that does reflect profit and recognises that there is no single perfect way," he said.