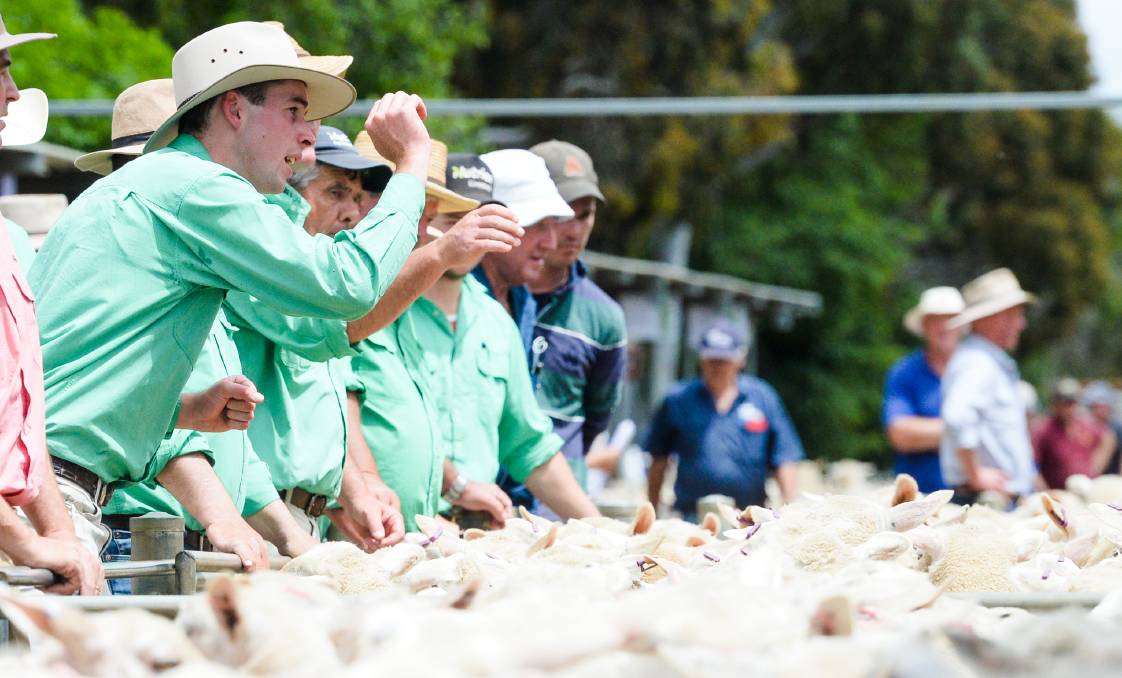 Lamb yardings have had an end of year boost as the final sales before Christmas approach, with prices remaining historically strong in eastern states.

Lamb yardings have had an end of year boost as the final sales before Christmas approach, with prices remaining historically strong in eastern states.

Restocker lamb took a dive in the national indicators thanks to a drop in prices in Western Australia, but east coast prices remained buoyant.

At the close of trade on Monday, the national indicator for restocker lamb was at 859c, having dropped 81c in a week and sitting 33c below year ago prices, whereas the Eastern States daily indicator was actually up 2c.

In Western Australia, restocker lamb was 833, down by 135c on the week prior but still up 148c on last year.

Meanwhile light lamb reached 915c in the national indicators, 103c up on where it was a year ago and 40c up on a week ago.

All other national indicators made varying gains to remain historically strong.

It marked the first time in six weeks that lamb yarding levels were ahead of the five-year average weekly pattern with volumes sitting around 7pc above the seasonal trend.

Both NSW and Victoria saw a significant boost in yardings.

In Victoria, increased yardings at key saleyards including Hamilton contributed to a 16pc increase in lamb throughput, with as the later than usual spring flush reaches its seasonal peak.

As a result, Victorian lamb throughput is sitting at nearly 9pc above the five-year average trend.

In NSW saleyards the volume boost was even more marked, with lamb yardings increasing by 43pc on and a total of 105,080 lambs, 8pc above the average seasonal pattern for this week in the year.

"The Victorian numbers were quite a bit ahead of the average and it's played a bit of catch up in the last few weeks whereas at the start of the spring flush season in September, October and part of November we were very much below trend," he said.

"We were running about 20,000 head per week generally under the average and now we're above the average.

"Some of the chat with producers in the south of Victoria was that the spring has been a bit colder and wetter than normal so they had taken a bit longer to add weight to the lambs and that could have been part of the reason as well why we weren't seeing as many presented throughout early spring."

Mr Dalgliesh said it was possible that bigger than average volumes might come through saleyards once markets reopen in early January.

Sheep throughput on the east coast was also up by 20pc on the week prior, taking saleyard numbers to 103,465 head.

However sheep throughput remains 11pc below the average seasonal pattern for this time in the year, with lower NSW volumes dragging the numbers down.