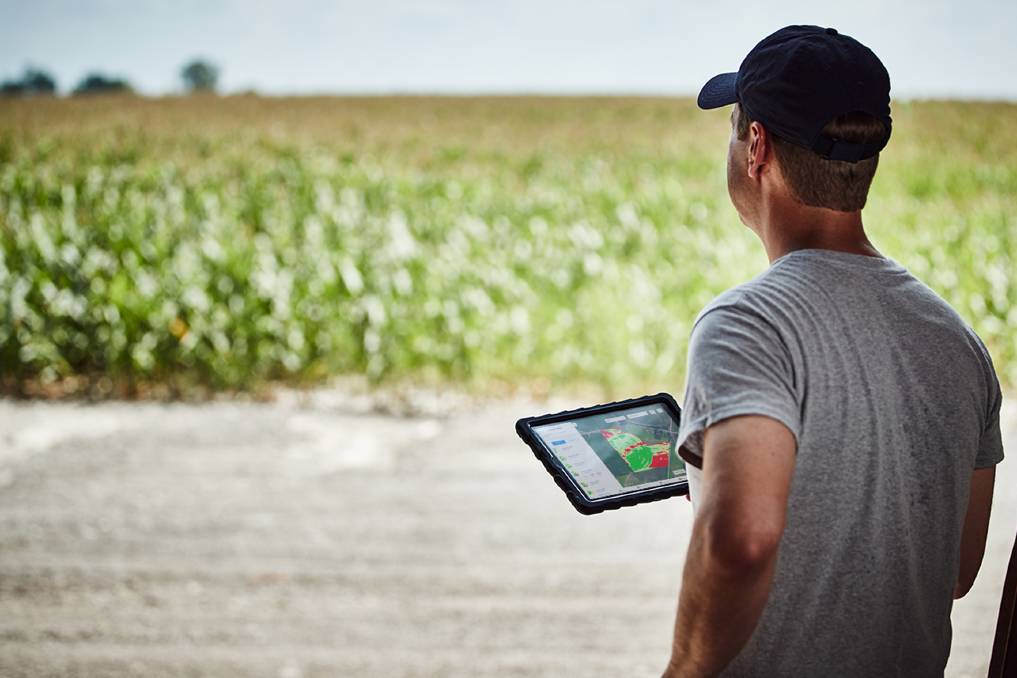 WIRED: Bayer is looking to utilise digital agriculture tools in order to create a business model where growers are paid for reaching their sustainability goals.

One ag chem giant is thinking beyond selling more product.

AN increased focus on sustainability and biological products by progressive growers would mean less chemical use, something which would seemingly fly in the face of Bayer's chemical and seed streams.

But a new outcome-based pricing model with a digital focus may see a shift from simply product supply to advice and guidance.

In fact, one potential model would be a shared risk situation where a grower is paid in accordance to how successful the advice was given to them from the company.

At the basis of this would be a digital agriculture platform involving high data input and processing.

The progress in digital agriculture was addressed at the Bayer Future of Farming dialogue in Germany last week.

"Imagine a world where we are making a recommendation to a grower and we get paid according to whether that prediction comes true?" Mr Condon said.

"There is value in helping growers manage their risk."

He said the long-term success of Crop Science lay not in selling more products but in providing farmers with personalised solutions, enabling them to achieve better harvests more sustainably while using less resources such as water, land, inputs and energy. 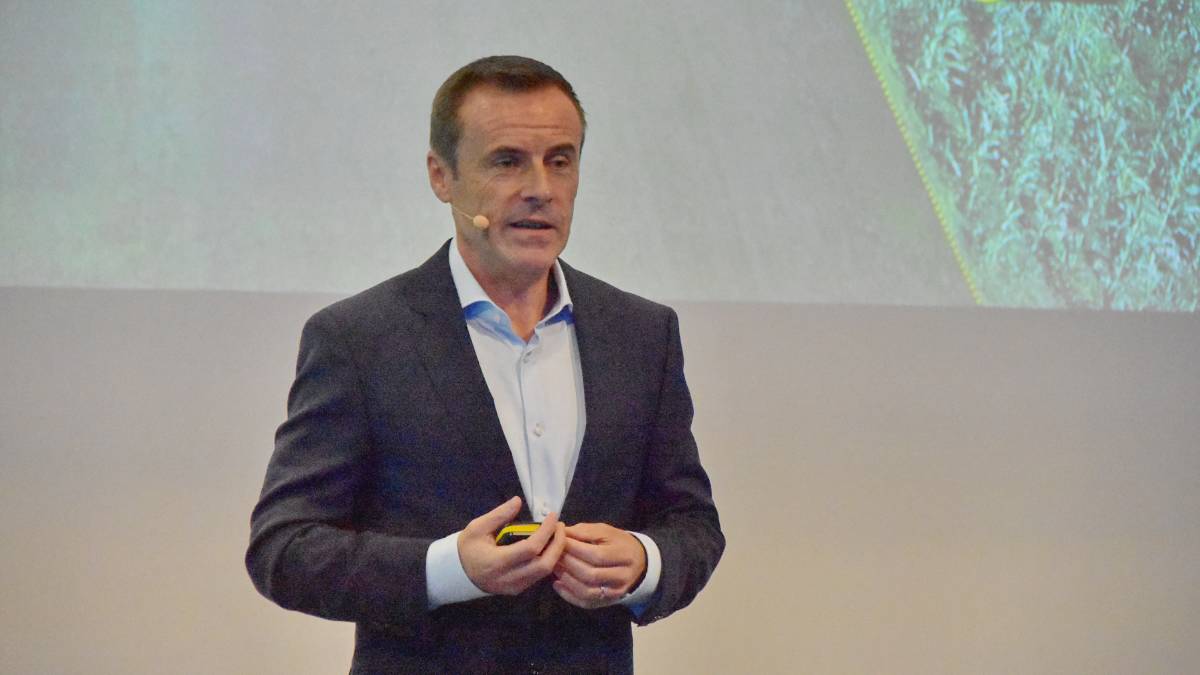 One digital product discussed was FieldView, a device and program developed by The Climate Corporation.

This data collection method involves plugging the device into a piece of farming machinery's diagnostic point to "read" where it had been and other information.

This is then used to collate the large amounts of data required to perform fine-tuned field management.

The software platform would provide growers with crop tracking in real time.

"Farmers can see the impact their decisions are having on the field straight away," Mr Condon said. 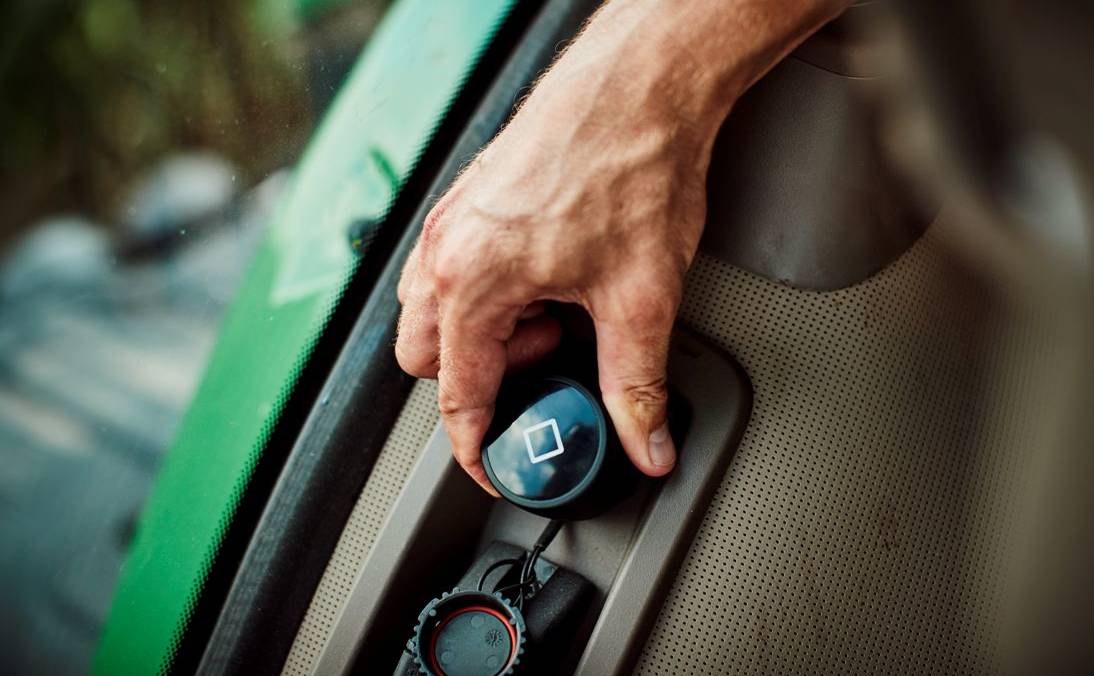 PLUGGED IN: The Climate FieldView device which plugs into the diagnostic plug of modern agriculture machinery deliver real-time farming information.

The program has been rolled out across the US, Canada, Brazil, Argentina and 15 countries in Europe, including key markets such as Germany, France, Spain, Italy and Ukraine, gathering and tabulating data to then compare, benchmark, diagnose and recommend farm solutions.

The Climate Corporation chief science officer, Sam Eathington, said it was now possible to measure a field, metre by metre, and apply solutions to that level.

It was a long way from farming's traditional record keeping.

"My grandfather used to record rain gauge data on a calendar on the farm. My father used to write down what hybrid was planted in which paddock, and we always hoped he wouldn't lose that book," Mr Eathington said.

He described the trend for improved data collection and use as agriculture's next journey. 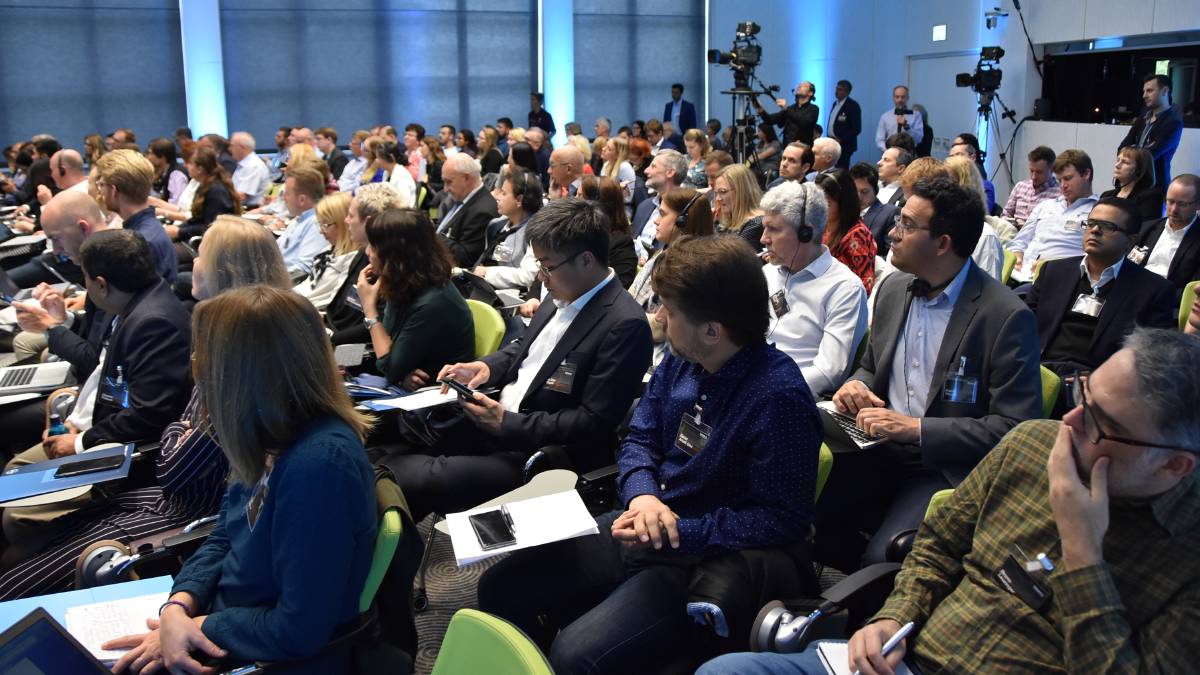 CROWD: Delegates listen in at the Bayer Future of Farming dialogue in Germany last week.

"Do we have the courage to drive this technology forward? I think if we do that, the future of agriculture is quite bright," he said.

It would be on this basis that Bayer would work with a grower to recommend crop adjustments and therefore share the profit if it achieved an above average result.

"What it requires is that you have specific data for a specific grower in their field that you can work from," Mr Condon said.

"If the promise doesn't happen, the company needs to foot the bill, not the grower."

BIG data opens up huge research possibilities and more tailored solutions for companies such as Bayer.

Bayer Crop Science head of research and development, Bob Reiter, said it was about knowing what to do with the information generated.

"We are working to transform how we work internally and ultimately how we can use digital to unlock additional value for our growers," Mr Reiter said.

Drones, I would argue, in agriculture are still in their infancy. - Bob Reiter, head of research and development, Bayer Crop Science

"In the past a breeder would make decisions based on data from the field but these days we need more."

The newest toy for many farmers - drones - have also been utilised within the Bayer research capabilities.

Mr Reiter said drones still had a way to go to find their full use within farming.

"Drones, I would argue, in agriculture are still in their infancy," Mr Reiter said.

But that's not to say they haven't come in handy for the company's researcher purposes.

Bayer has been using them internally to monitor and collect data on trial crops by flying over crops and measuring traits such as height.

This data collection would have previously been done by in-field workers with rulers.