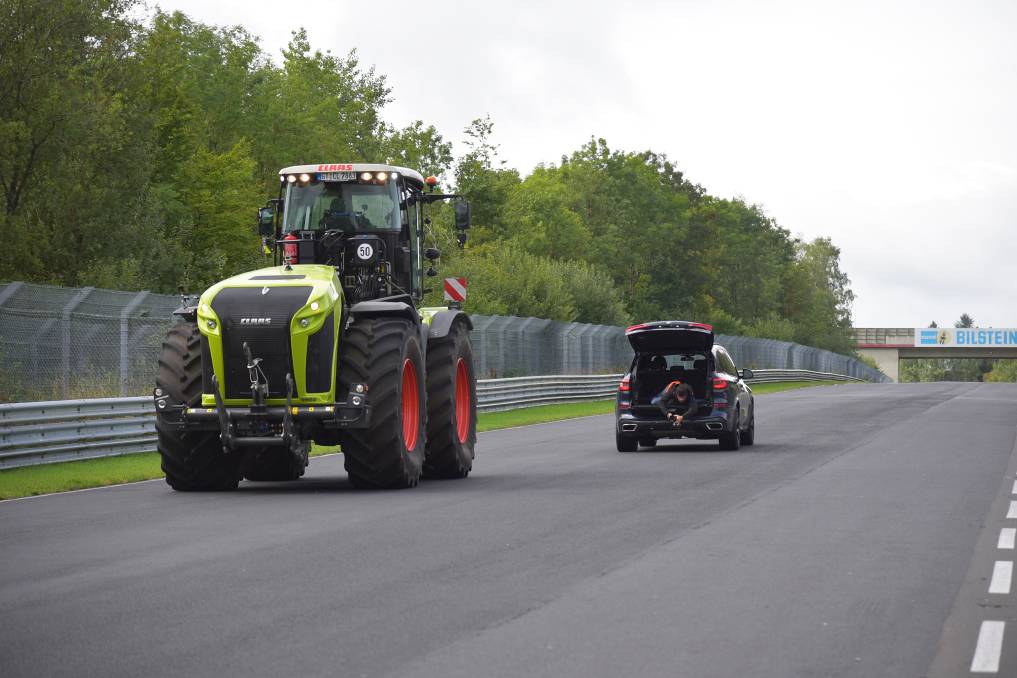 A Claas Xerion 5000 tractor has zoomed around a famous German racetrack in reverse.

A Claas tractor has conquered the Nordschleife (north loop) of Germany's famous Nrburgring racetrack - in reverse!

The Claas Xerion 5000 Trac VC tractor was set the unusual challenge as part of a stunt by German magazine Auto Motor und Sport as part of its Fast Lap segment.

The Xerion 5000 has all-wheel steering, permanent all-wheel drive, a rotating cab and a 50 km an hour top speed in either direction.

Professional racing driver Christian Menzel pushed the 17-tonne beast to its limits as it roared through the 73 curves of the 20.6 km long route to record an average speed of 47.85 km an hour. 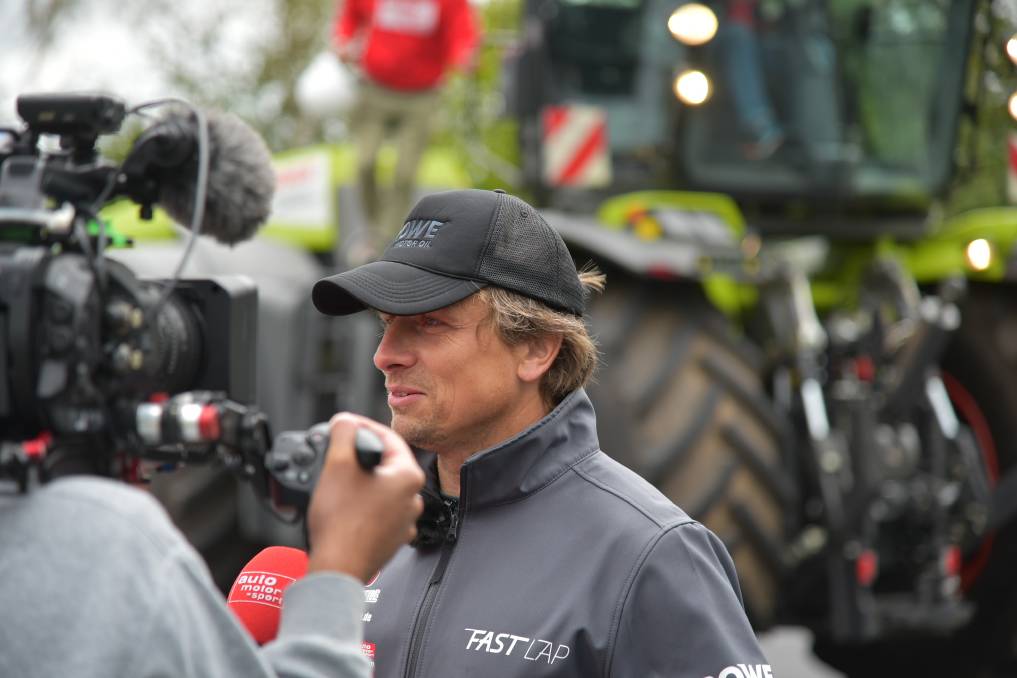 Perched three metres above the tarmac, the high seating position posed a challenge for the 49-year-old driver who is usually found behind the wheel of Porsche 911.

The most powerful tractor to roll off a German mass production line, the Claas Xerion 5000 is powered by a 12.8 litre Mercedes-Benz six-cylinder engine that delivers 530 horsepower.

While the first curves were rounded rather hesitantly, Menzel quickly overcame his apprehension and guided the machine expertly around bends, up slopes, and through depressions.

"In a race car I would have lapped the Xerion three times," Menzel said at the end of the Supertest.

"Despite that I have the utmost respect for the tractor. After all, it was originally designed to pull heavy loads at low speeds. It was more than able to hold its own on the Nordschleife," he said.