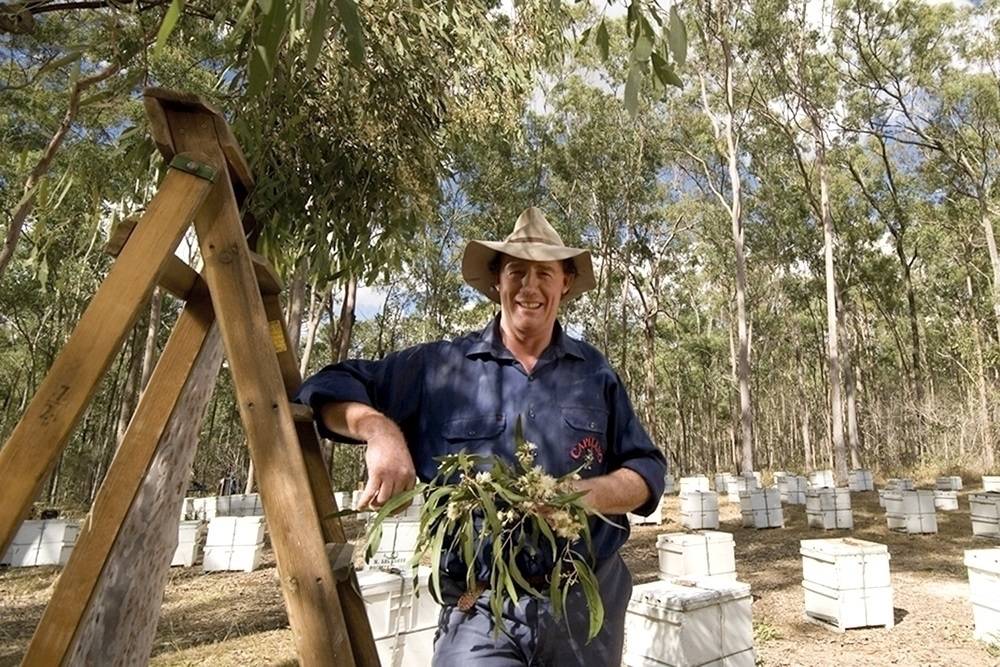 TWO years of tough seasons have created a sticky situation for the honey industry, but Capilano has kept Australian honey buzzing.

TWO years of tough seasons are taking their toll on more than just agriculture's crop and livestock sectors, with the honey industry in sticky situation as it struggles to harvest enough nectar to meet strong local and export demand.

The nation's honey stocks are running seriously low, particularly in the big production states of NSW and Queensland.

Some Queensland beekeepers describe conditions as the worst in 30-plus years.

But strong demand for Australia's widely-regarded honey, including the increasing popularity of lines with medicinal value, has paved the way for a massive 94 per cent leap in forecast profit this financial year for the big former apiarist co-operative, Capilano Honey.

Capilano, now listed on the Australian Securities Exchange (ASX), has almost 75pc of the $113.3 million domestic market and is one of the world's biggest honey businesses.

The expanding honey processor and marketer achieved a 30pc lift in net profit after tax to $3.5m last year, and is on track for $6.8m this year according to analysis by share broker Morgans.

Luckily for the 20pc of sales that go to overseas buyers, the company has been able to support its local supplies with honey from a subsidiary in Canada and a joint venture in Argentina.

After a 50pc drop in Australian honey production in 2013-14, this financial year's national output is not expected to be a lot better, but possibly up to 17,000 tonnes.

However, a big year for flowering native plants in Western Australia and South Australia has put beekeepers in the west in the box seat to reap the most from rising farmgate prices, currently about 70pc above more typical season price averages.

Australian Honey Bee Industry Council executive director Trevor Weatherhead said WA and SA farmers "will be very happy" with prices around $5 a kilogram, while Victorian beekeepers would also fare better than their counterparts further north or in Tasmania, thanks to an "about average year" production year.

WA apiarists were likely to be harvesting as much as 200 kilograms or even 300kg a hive this year, compared to typical Australian average yields of 70kg to 100kg.

"The problem is most Australian hives and honey production would normally come from the two States hardest hit by dry weather and the subsequent reduced eucalypt flowering activity," Mr Weatherhead said.

"Some native flora will only come into flower once in two to three years and may take up to five months to come produce nectar, so harsh weather conditions can cause the plants to abort flowering the process."

The tough seasonal conditions have exacerbated a static or declining trend in Australia's commercial apiarist numbers, currently totalling about 12,000 (managing more than about 500 hives each).

However, while a resurgence in hobbyist numbers has accompanied rising global interest in honey and the value of bees to the ecosystem, part-timers rarely contribute to the commercial volumes handled by packers.

"Australia has just over 1400 beekeepers with 50 hives or more and a lot of them are nearing, or past, retirement age," said the fifth-generation apiarist turned processor.

"If they were native animals they'd be considered an endangered species and that's bad news for agriculture because two-thirds of all crops need bees for pollination to produce the food we eat and export."

Unlike retiring farmers who often sold their land to an expanding neighbour or a new investor with expansion plans, Mrs Goldsworthy said older beekeepers tended to scale down production to a hobby level, with a portion of their hives dying out each year and never replaced.

Seasonal conditions forced Beechworth - Australia's second biggest honey packer - to quit its export markets and reduce domestic retail activity in the past year because it refused to blend product with imports.

However, buoyed by strong consumer support for the brand and unusually solid loyalty to Australian product by the major supermarkets, the company was keenly fostering more interest in bees, including running workshops specifically to encourage young beekeepers into the game.

Capilano Honey's strong growth performance in spite of its industry's environmental challenges puts the business in an excellent position to attract foreign investor interest, and quite possibly takeover offers.

In less than two years, Brisbane-based Capilano's share price has leapt from around $2.50 a share to its current trading level of around $11.60.

"Any quality Australian food or agribusiness company is invariably in the spotlight," especially if, like Capilano, it's a strong household brand and exporting to Asia.

"They have significant market share within Australia and have been making smart acquisitions to improve access to supplies.

"They've also made been innovative with their product range in capturing more high margin retail opportunities."

Ms Moore noted that as one of the few branded food companies not to have been consolidated into a bigger conglomerate in the past decade, Capilano "could be an attractive takeover target to other domestic or offshore" buyers.

Capilano, which has about 500 beekeeper suppliers Australia-wide many of them shareholders - exports to about 30 countries.

International demand for honey has been heightened by recent drought in Argentina (the world's fifth-largest exporter) and a 30pc drop in US production in the past 20 years due to colony collapse disorder (CCD), the exact cause of which is unknown.

The US consumes a huge 60pc (220,000t) of globally traded honey production each year, but can produce only a third of its domestic market demand.

It built its first packing and distribution plant, in Sydney, before becoming an unlisted public company in 1970.

In the 1980s and 1990s Capilano bought the honey divisions of Farmers Union, Henry Jones, National Foods and Greens Foods, which included the Allowrie and Anderson brands.

In 2003, it formed a joint venture with Argentinian market leader HoneyMax and bought into a Canadian partnership, five years later acquiring the business outright.