ONE of South Australia’s few camping music festivals is at risk of being shut down because of noise complaints lodged over the past two consecutive years. 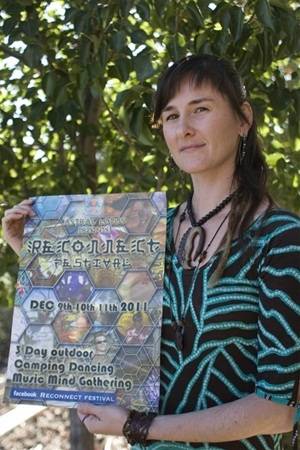 ONE of South Australia’s few camping music festivals is at risk of being shut down because of noise complaints lodged over the past two consecutive years.

Reconnect Festival is a non-profit electronic music event held on private land near Bowhill, which drew about 200 visitors to the area in 2010 and 2011.

Now Karoonda East Murray council has given the property owner a warning after local residents haved voiced their concerns in a petition.

Neighbour Jason Rampling said his family had to travel to Adelaide to get a decent night’s sleep during the three-day festival.

“Ever since they’ve been running it it’s been a disaster because they have no consideration for anybody but themselves,” he said.

“We had cars coming down the driveway at night.

“We had no notification (of the event).”

In a letter to council, Mr Rampling wrotethat the event was about money grabbing, but co-organiser Hayley Wilson refuted the claim.

“They really do have the wrong impression of us and what we’re about,” Ms Wilson said.

“Our mantra and our protocol is about respect.”

Ms Wilson said she was surprised the petition had come four months after the event, and that the neighbours had not contacted her directly.

“The council, local police and neighbours had my phone number,” she said.

“It was agreed that if any neighbour was being adversely affected at any time we would be contacted via my mobile so we could respond to their complaint immediately; however, we did not receive any phone calls during the event.

“We invited the council and all neighbours on surrounding properties to assist in setting sound levels during the sound check so they could feel comfortable about what was happening.

“We also contacted council two months after the event to find out if there had been any complaints but there hadn’t been any.”

Chris Bylhouwer, who is owner of the property where the event is held, said some people would always complain.

“It’s just the minority complaining versus the benefit of the town and area,” he said.

He said the people who attended the event were fairly mellow and that the volume was not excessive.

“One year a policeman came out and even he was surprised the music was not that loud,” Mr Bylhouwer said.

Mid Murray council chief executive officer Peter Smithson said the council would not make a decision on this year’s event until organisers had submitted an application.

“What we will be doing is taking into account the objections that we received firmly,” Mr Smithson said.

“(Approval) was conditional and we said to them that it was a once-off.”