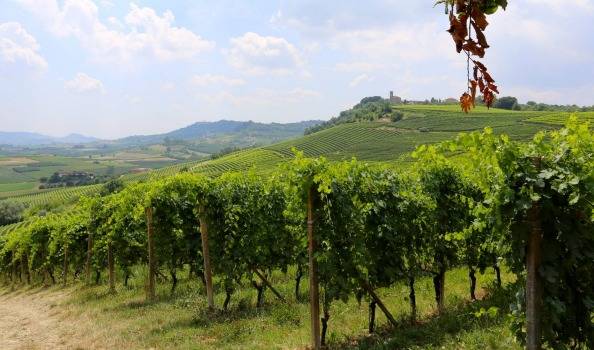 Australia ranks second in the amount of wine sold to China.

China's third-biggest wine maker has purchased three vineyards in Australia as part of its plan to invest $120 million across the country in land and processing facilities.

China's third-biggest wine maker has purchased three vineyards in Australia as part of its plan to invest $120 million across the country in land and processing facilities.

Weilong Grape Wine Company told the Shanghai stock exchange it had agreed to purchase vineyards around Mildura and Swan Hill in Victoria and another location in NSW for $13.4 million.

It is also building a wine-making facility in Mildura capable of processing 60,000 tonnes of grapes annually, which would rank as Australia's eight largest bottling and processing plant.

All the wine produced will be exported to China.

"This new plant in Australia will satisfy demand from Chinese consumers for higher quality wine," Weilong said in a statement.

Weilong raised 600 million yuan ($120 million) through a share placement last week, which it said would be invested in Australia.

The company, which sells wine under the Grand Dragon label, cited the China-Australia Free Trade Agreement as part of its rationale for making the investment.

Under the FTA, which came into force in December last year, the tariff on Australian wine exported to China will fall to zero by 2019 from 14 per cent previously.

Weilong could not be reached for comment, but an adviser to the transaction, Bernie Woollard from Southern Cross Farms, confirmed contracts had been exchanged on two of the properties and the third was pending.

Mr Woolard said Weilong was keen to own the vineyards that would supply its Australian winery, which is in the early stages of seeking building approvals.

"This could see them buy further vineyards or develop some of the land they have bought," he said via phone.

"That will depend on the market."

In its statement, Weilong said it had purchased 484 hectares of vineyards in Australia and a further 605 hectares that could be developed.

Weilong's strategy appears to be to use its existing distribution network in China to sell higher-quality Australian wine, which is increasingly popular among mainland consumers.

Australia ranks second only to France in the amount of imported wine sold in China.

According to official figures, the volume of wine imported to China grew by 22 per cent over the first half on the year, while the value of this wine increased by nearly 30pc.

Increased wine consumption in China and a move towards imports has fuelled sales for the likes of Treasury Wine Estates, maker of the Penfolds and Wolf Blass labels.

According to Chinese media reports, Australian viticulturist Bruno Zappia has been helping Weilong establish what it claims is the world's largest organic vineyard in China's Gansu Province over the last five years.

The company's main vineyards are based in the eastern province of Shandong.

Mr Zappia is understood to have been involved in the recent purchases in Australia.