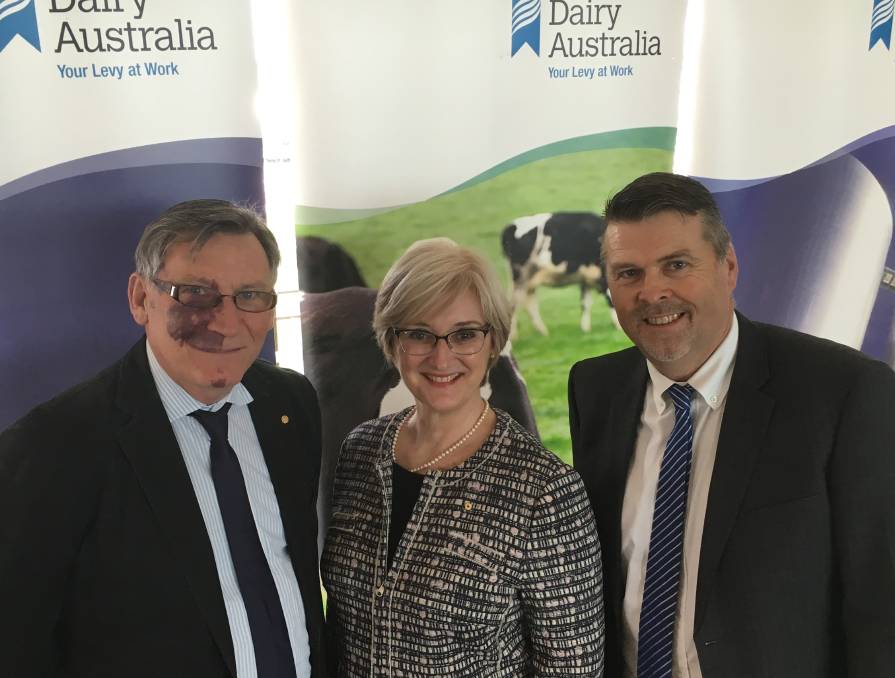 Dairy Australia members have elected three candidates to the organisation’s board at the company’s annual general meeting, but have another seat to fill.

Dairy Australia members have elected three candidates to the organisation’s board at the company’s annual general meeting, but still have another seat to fill.

Professor Paul Wood an adjunct professor at Monash University and chairman of the Agriculture and Foodtech Committee for AusBiotech, has been elected for the first time and will fill the research and development skills vacancy.

Letters inviting applications for a fourth spot at the board table have been sent to dairy farmers and other levy payers following the resignation of director, Lisa Dwyer, who has served two years with Dairy Australia.

Applicants wishing to apply must do so by December 2.

New director Professor Wood has been successful as both a research scientist and as an research and development leader.

He is internationally recognised for his research in veterinary immunology and tuberculosis and is the inventor on seven patents.

He has led increasingly larger R and D teams from CSIRO, CSL and Pfizer.

He was responsible for bringing a number of innovative products to the market, receiving recognition for his work including the Clunies Ross medal and has served on several research and commercial boards

Dairy Australia invited applications for the vacancies earlier this year.

An industry selection committee conducted the formal process, leading to the nomination of these three candidates by the Dairy Australia board.

“It is my pleasure to welcome Paul as a new director and I congratulate Jeff and Jan on their reappointments,” said Dairy Australia Chair Geoff Akers.

“I would also like to take this opportunity to thank retiring director Dr Alan Grant for his service to the board and industry in the last six years.”

He also thanked Mrs Dwyer her for her contribution during her two-year tenure.