Dr Nick Berry with the Seed Terminator. The machine shapes up as a key weapon in the war against harvested weed seed using mechanically driven hammer mill technology.

With eight prototypes successfully completing the recent harvest, the button is about to be pressed to release a new weapon in the war against weed seeds.

The Seed Terminator is a multi-stage hammer mill to pulverise weed seeds coming through the harvester sieves and is suitable for Class 7 to Class 9 machines.

Founded by agricultural engineer, Dr Nick Berry, and business partner, Mark Ashenden, the Seed Terminator will be marketed at a reasonable price, has a low power draw and is available for fitment to most common harvester brands.

Dr Berry said the results “tell us that it’s time to get this technology into farmers’ hands as quickly as possible.

“On-farm trials show the machine performed beyond our expectations at commercial harvest rates in a wide range of conditions across the country,” Dr Berry said.

Mechanical drive was chosen to minimise moving parts and is claimed to be highly efficient and minimise power loss.

The efficiency of the mill design, combined with the drive system, allowed the Seed Terminator to work on smaller Class 7 harvesters.

“We are investing heavily in R and D to work out optimal parameters to target different weeds without using too much power,” he explained.

“Basically you want to be right on the edge of the performance you want because extra performance uses power - so you need to find the balance.”

The price is also an attraction with the company focused on introducing the technology to as many farmers as possible; as soon as possible, and as affordably as possible and a ticket price of about $100,000 is the goal.

“It has been very valuable trialing the units in real harvest conditions – especially in a good year such as this,” Dr Berry said.

“The field trials were about checking the capacity and whether the harvester will handle it.

“Is the drive system robust enough and is it user friendly?”

“We saw some pretty crazy material from frosted grain in the west to wireweed in the east,” he said.

“When you don't see any grains coming out the back, because all the volunteer seed is getting destroyed, it is always reassuring.”

A limited release will see units for the 2017-2018 harvest with arrangements for manufacturing and assembly ironed out and production set to begin next month. 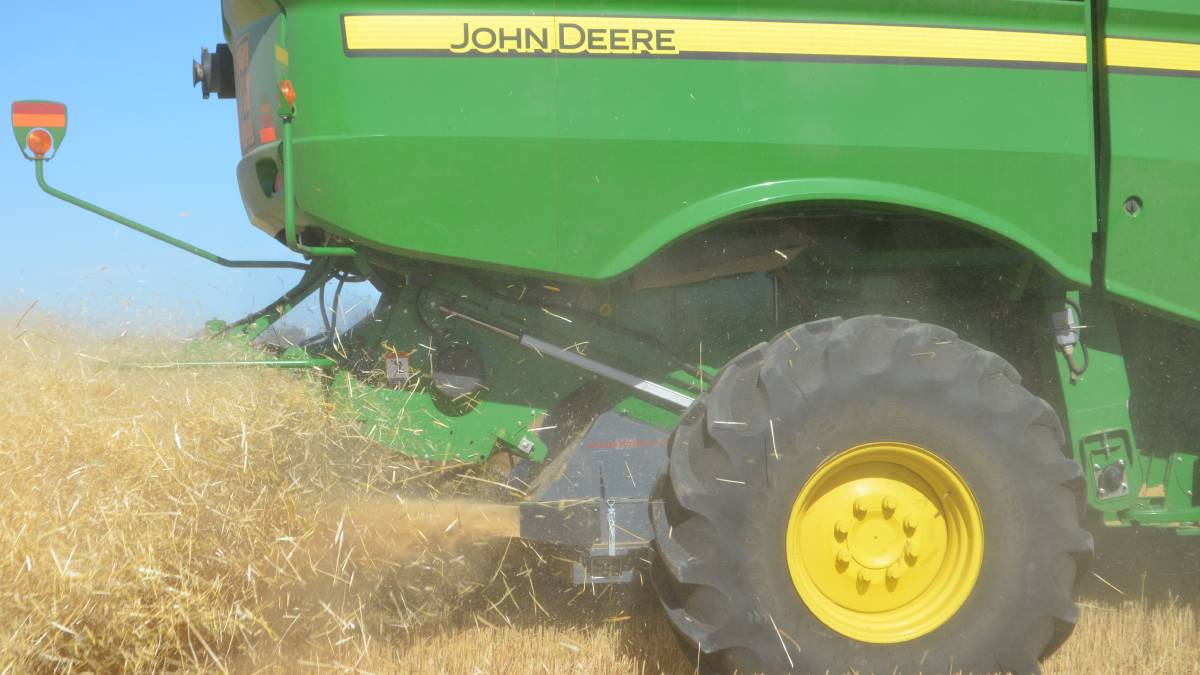 With much of his career involved in researching crushing mills for use in weed seed control, Seed Terminator designer and agricultural engineer, Dr Nick Berry felt it was appropriate to give back to the industry that has supported him.

For a time he was involved in research and development of different prototype impact mills, one which was made its commercial debut last year as the iHSD.

“I thought it would have been great to be involved in the commercialisation,” he said.

But that was not to be, and after time away from the research game, he said he had “a rethink of things and decided to have another look”.

“The industry basically paid for me to learn all these skills I've got,” he said.

“I could have probably gone into the mines to do something there on crushing technology, but I just want to provide some real benefit for the industry.”

That became the motivation for several years of design and testing on his family’s Kangaroo Island farm.

Underpinning the Seed Terminator is a simple philosophy – perhaps driven by his farming connection.

The machine must work on different sizes of harvester, on all colours and be competitively priced to open it to the widest possible market.

“I thought it would be cool if this is the sort of machine we could put it on,” he said.

“Grain producers of all sizes have issues with herbicide resistant weeds and everyone should be able to access this technology.”