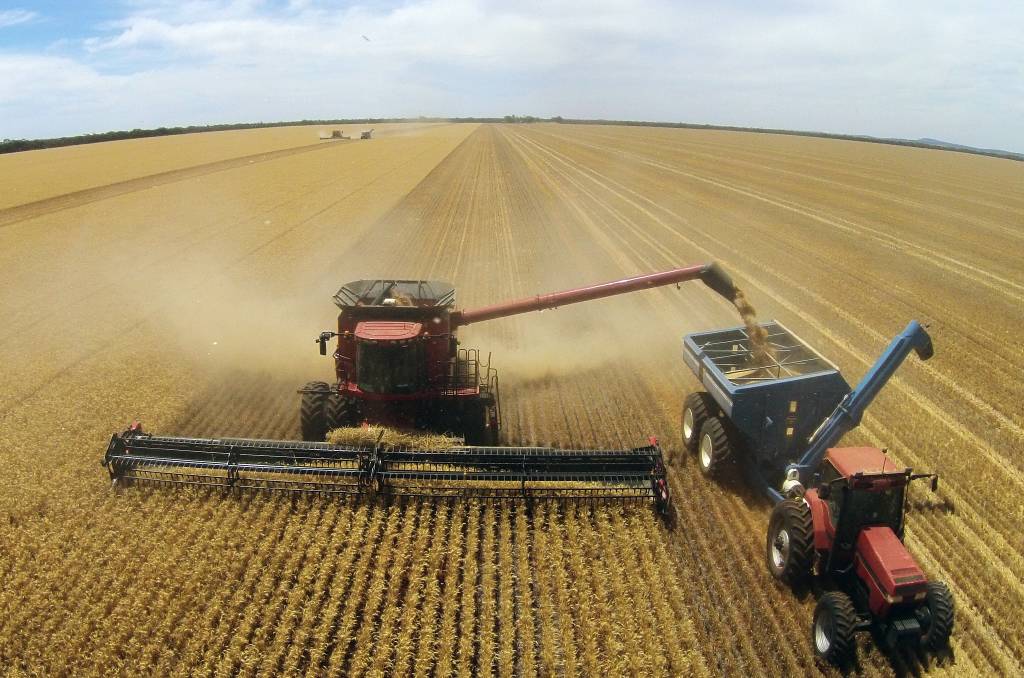 Farm earnings are being squeezed at one end by powerful input providers, and at the other by processors and retailers with huge bargaining power, says an international panel of industry experts.

This year’s global farm chemical industry mega-mergers will create companies which are too big to drive the sort of innovation farmers need, says a European panel of specialists on health, nutrition, rural livelihood and the environment.

Dominant agribusiness firms have become too big to feed humanity sustainably and too big to operate on equitable terms with other food system players according to the International Panel of Experts on Sustainable Food Systems (IPES-Food) in Belgium.

The organisation, established two years ago with an independent membership of experts in agriculture and community sustainability, predicts mergers between Dow and Dupont, Bayer and Monsanto and the recent ChemChina acquisition of chemistry and seed giant, Syngenta, will push farmers’ costs up.

“If the deals on the table go ahead, three firms will control more than 60 per cent of global seed and pesticide markets,” he said.

Too much business power

In a letter to the European Commission the expert panel has called for urgent scrutiny of the $86 billion Bayer takeover of US seed and chemical technology rival Monsanto merger.

Its report has pointed to latest agribusiness trends to identify “unprecedented levels of market concentration” in the agri-food sector.

If the deals on the table go ahead, three firms will control more than 60 per cent of global seed and pesticide markets - Pat Maloney, IPES-Food panelist

Notably, in the pig and poultry sector, just three companies now supplied more than 90pc of the  breeding stock for broilers, layer hens, turkeys and pigs.

Five companies now accounted for more than half of the farm machinery market.

Machinery conglomerates were also moving towards ownership of big data and artificial intelligence.

However, major agribusinesses argue the mega-merger critics are oversimplifying their negative claims, ignoring a key factor driving the amalgamations –  the massive cost of developing and releasing new products. 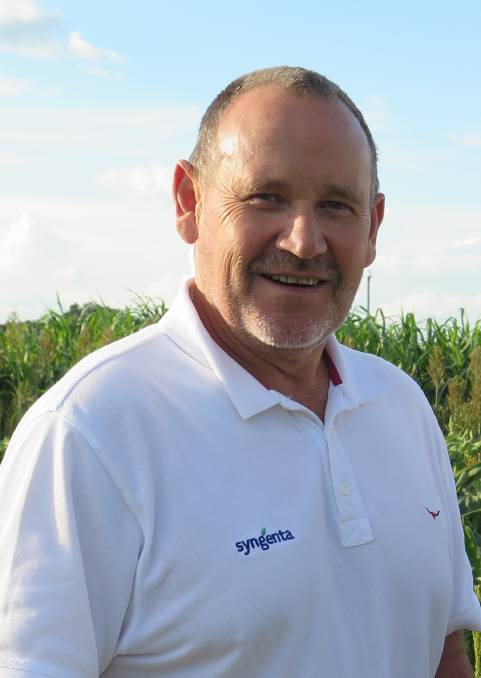 “There’s a plethora of products out there offered by a many companies,” he said.

“It shows the (anti-monoply) regulators are active and will be making sure the playing field will be levelled somewhat as the ownership changes proceed,” he said.

In his report, Mr Mooney and his IPES-Food colleagues highlighted “big data” as a powerful new incentive behind agribusiness consolidation.

“Mergers are increasingly allowing firms to control information flows along the chain and exercise huge power over the trajectory of food systems”, he said.

An expert in biotechnology and agricultural diversity, Mr Mooney also heads the ETC group, which claims to have been first to expose and name Terminator seeds – genetically-modified seed developed not to reproduce after a crop is harvested.

The IPES-Food panel is also concerned by accelerating consolidation at the “fork” end of the food chain.

These include food processing sector mergers by giants such as Heinz and Kraft Foods, now the world’s fifth largest food and beverage company worth $71b, and the world’s two biggest brewers Anheuser-Busch InBev and SABMiller which last year achieved the largest-ever consumer industry deal to create a $155b business.

Meanwhile, rampant retailer and online selling specialist, Amazon, has just paid $18b for US supermarket group Whole Foods (which specialises in preservative-free propducts).

Once they have cornered the market, mega-firms focus on defending their market share and shaping policies to fit their needs rather than delivering the innovation we need to build sustainable food systems. - Olivier De Schutter, IPES-Food co-chairman

Farm earnings were being squeezed at one end by a handful of powerful input providers, and at the other by processing and retail giants with huge bargaining power.

“It is also bad for society,” he said.

“Once they have cornered the market, mega-firms focus on defending their market share and shaping policies to fit their needs rather than delivering the innovation we need to build sustainable food systems.”

“Building a new anti-trust environment must also be accompanied by measures to fundamentally realign incentives in food systems and address the root causes of consolidation,” he said.

He said a collaborative assessment of agri-food consolidation and a UN Treaty on competition was required to deliver international oversight of mega-mergers.

His panel argued the benefits of the data revolution should be shared by all and innovation diversified and decentralised so all rural communities had open access to the technologies. 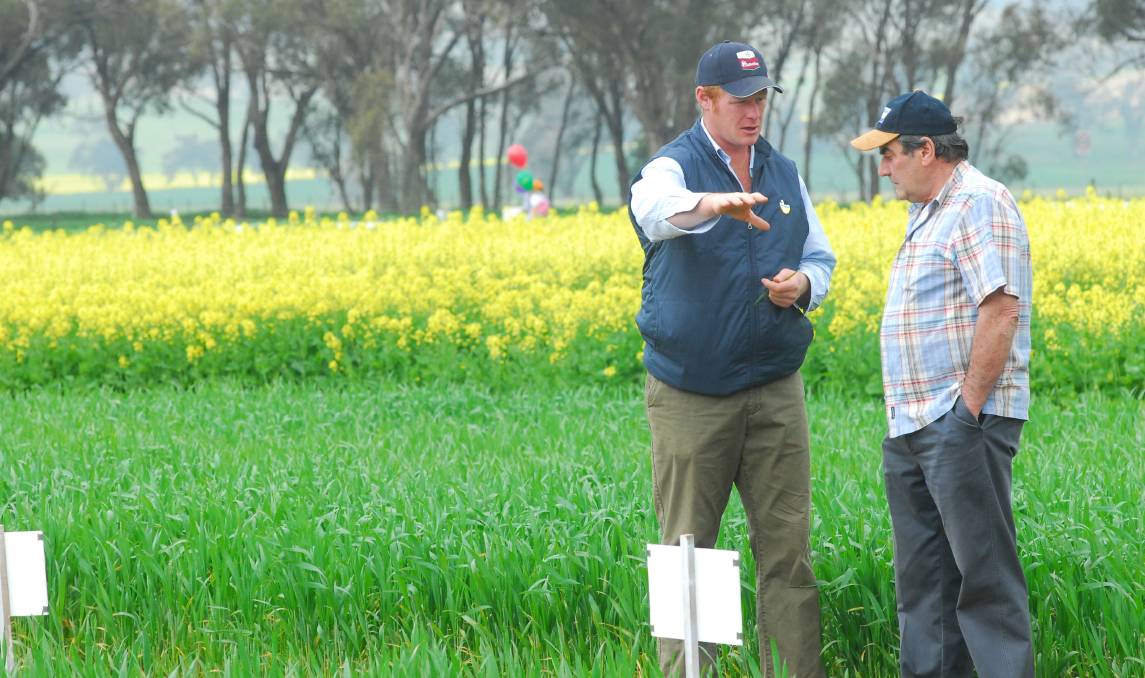 New agricultural chemical and seed varieties cost so much money and take so long to produce they say they have to consider merging their resources.

However, Syngenta’s Mr Luxton said it was critical to remember new technology was not just available “off the shelf” at affordable prices.

New chemistry was extremely expensive to develop and difficult and expensive to get approved and registered, so it was no surprise major companies wanted to leverage any cost savings by pooling some of those resources.

“Only one in every 1000 chemical compounds developed actually gets to the market and it takes about 10 to 13 years to get anything trialled and approved to commercial release stage,” he said

“The cost of bringing a single new product to market has increased from about $US250 million to $280m in about five years.”

While critics of the recent ag chem mergers worried about greater concentration of market power and less product and research flexibility, Mr Luxton said ChemChina had reassuringly committed to maintaining or increasing the almost $2b invested annually in Syngenta’s research budget.