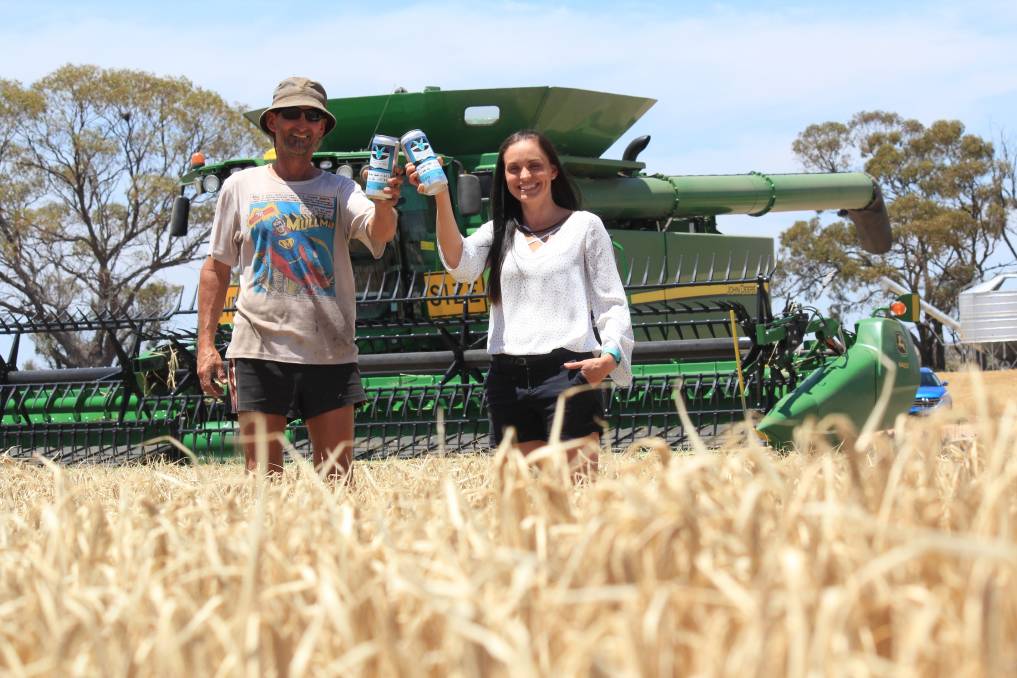 A SPECIAL beer will be produced next year to mark the 50th anniversary of the Meckering earthquake that flattened the town on October 14, 1969.

A SPECIAL beer will be produced next year to mark the 50th anniversary of the Meckering earthquake that flattened the town on October 14, 1969.

The quake measured 6.9 on the Richter Scale, making it one of the biggest recorded in Australia’s seismic history and was felt across a 700 kilometre radius.

It left hundreds of families homeless and injured 20 people, but luckily, no one was killed.

In the lead up to the 50th anniversary creative locals will produce their own beer to mark the occasion.

One of the people behind the project is local farmer Rebekah Burges who said the idea came from a conversation she had with fellow farmers in Vietnam as part of the CBH Group study tour in early July.

“The idea of a commemorative brew came up and it was mentioned that someone could provide us with a beer from barley direct from the paddock, without going through the malting process,” Ms Burges said.

She then made contact with Nigel Metz from Lucky Bay Brewing in Esperance who said he could help out.

“I then went to the local sporting club and asked if they would get onboard to fund it and they were keen to do that,” Ms Burges said.

“I outlined what the fees would be and the potential income for the community, in addition to trying to do something special for the 50th anniversary of the earthquake.

“They also saw that it was a great way to raise some funds for the local sporting club which does most of its own fundraising.”

A project team was then formed to co-ordinate the event that will be held on October 13-14, 2018 at the memorial rose garden in the town centre.

Plans include a gala dinner for 300 people in a marquee on the Saturday night with the focus being on a paddock-to-plate concept.

“We will have a local brew that is made from barley grown in Meckering and we know it is grown from here because we are supplying it,” Ms Burges said.

Local farmers have the opportunity to supply the Bass barley, with one batch of 250 kilograms required.

Ms Burges said to be in the running farmers had to send their CBH details after they delivered a load and keep aside 250kg.

If their Bass barley is the closest to the required specifications, they will have to store it in a dry and hygienic location until July next year when it will then be delivered to Esperance.

This will then make 100 cases of commemorative beer, with 24 bottles in each case.

Organisers said they would put some of the beer in kegs that will be used at the anniversary function.

The farmer with the winning entry will also be part of the process to name the golden drop.

Ms Burges said they expected the beer would be in demand.

“It will be a premium, boutique beer and will have a premium price,” she said.

Bass and Scope are the primary barley varieties grown in the Meckering area but Scope can not be used as it is harder to deal with in the brewing process.

Farmers have until the end of harvest to commit to the competition and lodge their details.

Planning is now underway for the rest of the event to mark the 50th anniversary of the devastating earthquake.

The CBH Group, through its Grass Roots funds, is helping out with the cost of the marquee for the event.

Ms Burges said they would now be seeking more corporate support for the event and looking at what local produce they can showcase at the dinner.

Meckering Sporting Club president Jeff Snooke is right behind the project and didn’t hesitate to be part of it.

“It will be 50 years since the earthquake and it is a good excuse to commemorate that anniversary and the sporting club is the only place we have in town to go – we don’t have a pub anymore,” Mr Snooke said.

“Everyone in the community thought it was a good idea and with Rebekah’s driving force, it will be a really good weekend.

“There are quite a few growers in the district who will be entering, so it will be a good competition I think.”

Mr Snooke is one of the Bass barley growers and started harvest on Saturday, November 4, saying things were going “so far, so good”.