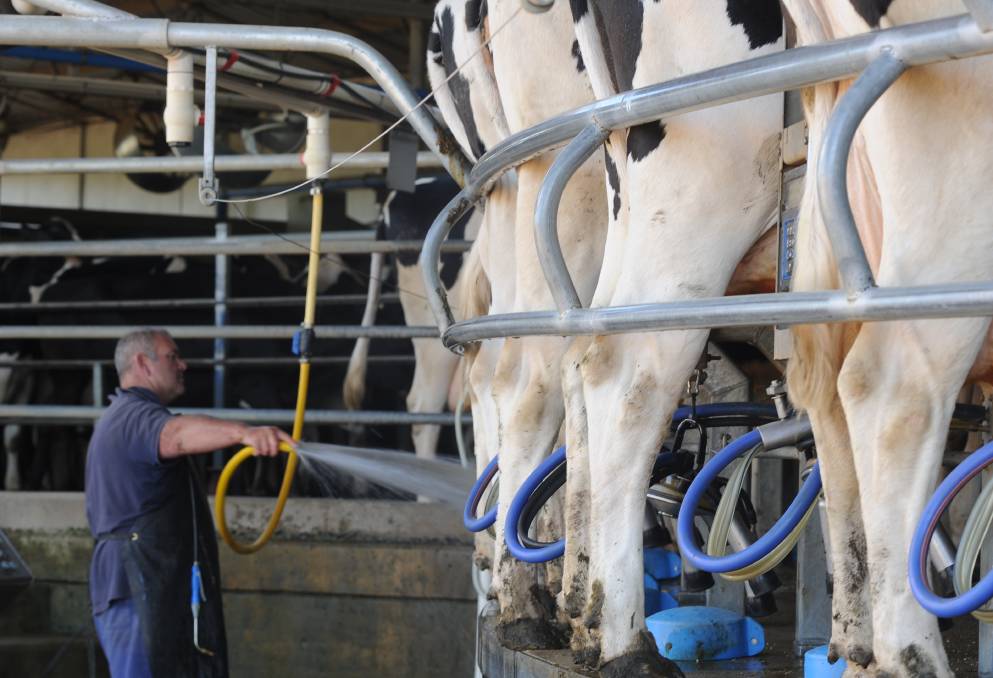 Australian milk production is forecast to fall in 2018-19 to its lowest level in more than 20 years.

Dairy Australia's Dairy Situation and Outlook October 2018 report released has forecast production to decrease five to seven per cent on the back of severe seasonal challenges.

The October report revised Dairy Australia's initial 2018-19 forecast released in June of a 1pc growth in milk production for this season.

The report said increases in feed and water prices brought about by drought in eastern Australia were driving decreased production.

"The shortage of feed, high costs of irrigation water, and challenging seasonal conditions have led to an increase in culling, which could potentially continue," the report said.

"Farm exits may be associated with this increase."

But the poor outlook for farm costs and production is tempered by growth in domestic and global markets, which indicates support for dairy remains strong.

The report said the domestic market was "largely stable".

“Australian milk, cheese and yoghurt sales continue to grow, with Australians purchasing 1.4 billion litres of milk in supermarkets, up 0.9pc on last year.”

“These traditional yoghurts now represent 41pc of total category sales as consumers appear to be opting for products that are perceived to be more healthy and natural.”

“Dairy demand has remained robust, with dairy exports from the six major exporters increasing 3.7pc over the past 12 months," Mr Droppert said.

“Greater China and Japan helped drive this growth, while demand from the Middle East and North Africa region increased for the first time in over three years.”

Improved global commodity prices supported 12.7pc increase in the value of Australian exports to $US2.2 billion.

But trade tensions sparked by tariff increases by the United States and retaliation by some of its trading partners could have a negative impact.

The Australian dollar has been a positive.

After reaching a peak in January at $US0.81, the Australian dollar depreciated throughout the year to trade at $US0.72

"Exchange rate forecasts for New Zealand and the European Union suggest the NZ dollar and Euro will appreciate in the near future, improving the competitiveness of Australian and US exports," the report said.