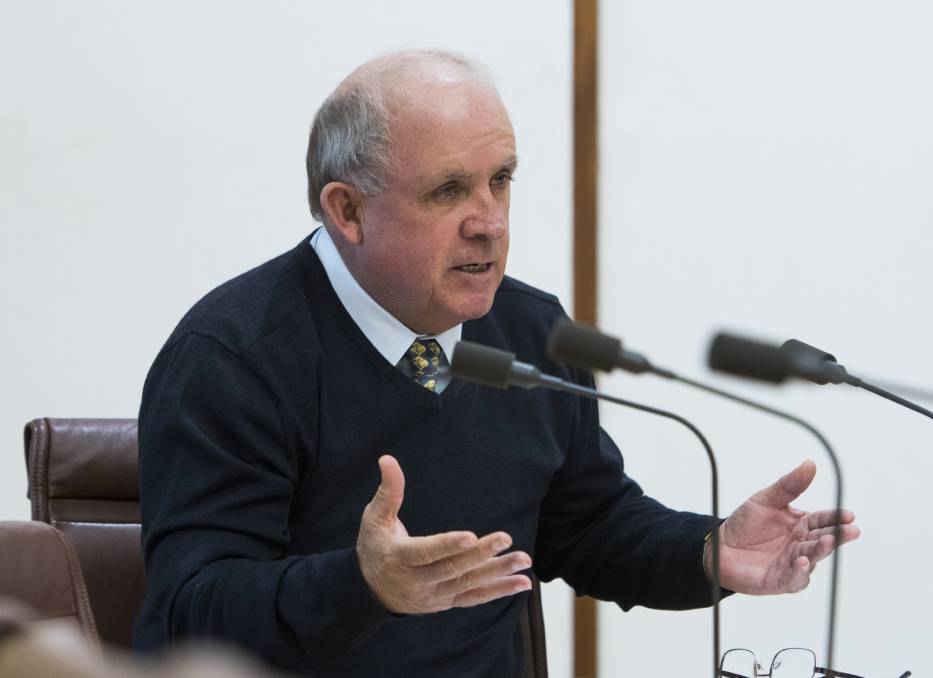 There has been a lot of bad news about financial institutions slugging customers with exorbitant costs, but there’s also some good news for farmers who feel ripped off.

The good news is, in part, a legacy for retiring NSW Senator John Williams.

The Australian Financial Complaints Authority was set up in November as an independent, free service to resolve individual, small business and primary producer disputes on credit and loans, insurance, bank deposits, financial advice and superannuation.

“I urge people with a complaint against a financial institution to take it to AFCA,” said Senator Williams.

“Often when you have a complaint with a financial institution you don’t have any money left and you can't afford to seek justice in court.

“But this is an opportunity for everyone, if they feel they’ve been badly treated, to seek justice without the burden of cost.”

A 64 year old farmer from Inverell, northern NSW, Senator Williams will farewell the Senate tomorrow. He came to parliament in 2007 and the former truckie and shearer has been a feature of many rural committees and hearings.

He was also key player when Senate hearings shone the spotlight on financial sector malpractice in the long lead up to the Royal Commission into Misconduct in the Banking, Superannuation and Financial Services Industry.

In fact, one of his lasting legacies is his instrumental role, alongside Queensland Senate colleague, Barry O’Sullivan, was threatening to cross the floor against the government and vote for the banking Royal Commission going ahead.

Senator Williams said despite the public attention generated by the inquiry, very few people are aware of AFCA.

AFCA’s determinations are binding and provide a sliding scale of compensation. It will consider complaints up to $1 million for individuals and award compensation up to $500,000.

Primary producer loans up to $5m will be considered, and compensation up to $2m is available.

And as a result of the Royal Commission, AFCA will now consider complaints dating back to 2008.

AFCA is a one-stop-shop for disputes that were previously handled by three different authorities – the Financial Ombudsman Service, the Credit and Investments Ombudsman and the Superannuation Complaints Tribunal.

As a result of recommendations from the 2016 Ramsay Review of financial dispute resolution, AFCA will now process outstanding claims by individuals.

Government is expected to announce a new compensation scheme for retrospective successful claims under the old authorities that have yet to be determined.

Senator Williams said while the Royal Commission had uncovered in the a “litany of wrongdoing” around financial advice, insurance, and loans, the banks were genuinely helping farmers struggling with current extreme seasonal predicaments.

“Banks have been very good about treating drought stricken farmers, even offering holidays on payments and so on,” he said.